$10 million for underground power in WA 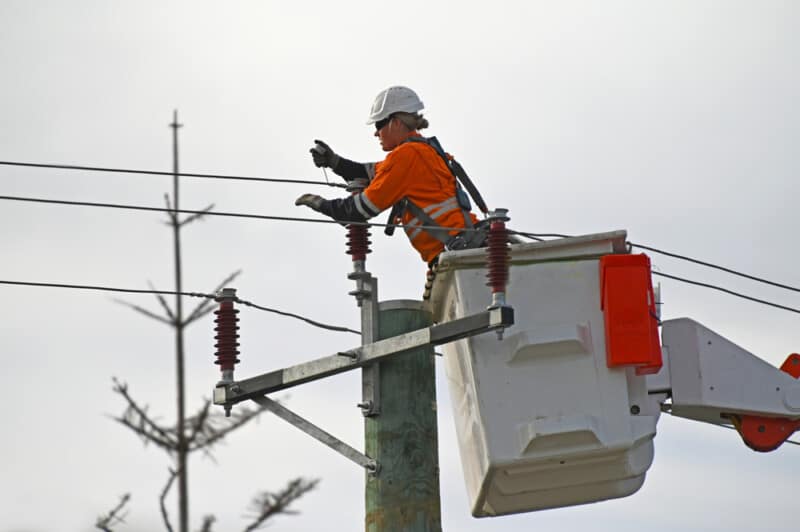 The Western Australian Government has committed $10.6 million to install underground power cables in the Hilton and Shelley areas.

Works are already underway to remove more than 550 power poles and 28km of overhead lines.

The $8 million Hilton project, which includes $7 million from Western Power and $1 million from the City of Fremantle, is being delivered by GENUS as part of the Network Renewal Undergrounding Program Pilot.

Western Power will remove 334 poles, eight pole top transformers and 17.19km of overhead conductor in Hilton, and replace with 8.9km of underground cables.

Work is also under way in Shelley to remove 233 poles, seven pole top transformers and 11km of overhead conductor, to be replaced with 27.7km of underground cables.

The $8.15 million Shelley project, which includes $3.58 million from Western Power and $4.56 million from the City of Canning, is being delivered by local Perth contractor Power on Cabling as part of the Retrospective Undergrounding Projects.

“It improves the aesthetics of neighbourhood streets, can improve your property value and reduce the need for street tree pruning.

About 60 per cent of the Perth metropolitan area already has underground power with around 90,000 homes and businesses converted since undergrounding began in 1996.

Western Power has identified a further 300 projects across the metro area that will benefit from underground power in the next two decades, due to the high density of ageing distribution overhead assets.

A further five undergrounding projects are set to be completed in Perth this year, with works underway in Manning, Kardinya, St James, Eden Hill and Scarborough.

Fremantle Mayor, Hannah Fitzhardinge, said the City of Fremantle is delighted to be partnering with Western Power in this project, which will deliver underground power to Hilton residents.

“Hilton is known as a garden suburb and removing the power lines will allow all the beautiful street trees to grow to their full height, as well as providing a safer and more reliable power supply,” Ms Fitzhardinge said.

City of Canning Mayor, Patrick Hall, said, the City of Canning also welcomes the installation of underground power in Shelley, which will provide significant benefits to the community and increase tree canopy cover in the suburb.

“We are fully supportive of the State Government’s continued focus on undergrounding power infrastructure and the willingness of Western Power to partner with local governments to ensure these important projects can be delivered,” Mr Hall said.

Underground power works on both projects are expected to be completed in late 2022.