$500 million in federal funding for hydrogen 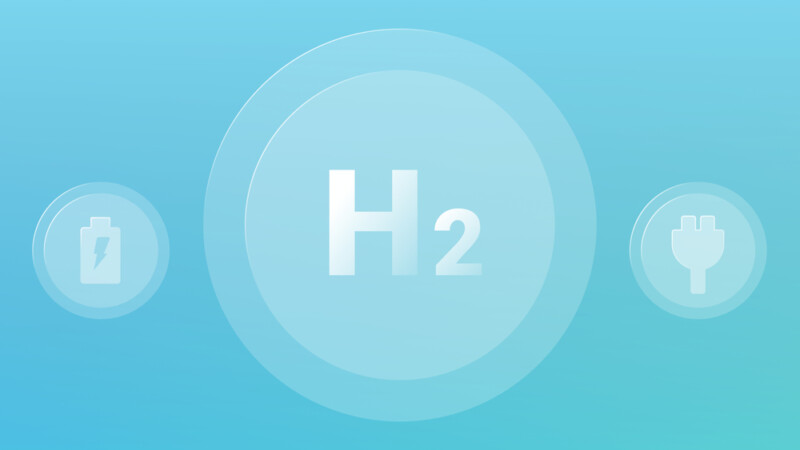 The Federal Government is set to invest a further $539.2 million in new clean hydrogen and carbon capture, use and storage (CCS/CCUS) projects in its 2021-22 Budget.

New investments in clean hydrogen and carbon capture technologies are set to create around 2,500 jobs, support Australian industry and manufacturing into the future, and further drive down Australia’s emissions.

The investment consists of:

Prime Minister, Scott Morrison, said the world was changing rapidly and Australia will need to be competitive in a new energy economy to support the jobs of Australians, especially in heavy industries and regional areas that depend on affordable and reliable energy.

“It is essential we position Australia to succeed by investing now in the technologies that will support our industries into the future, with lower emissions energy that can support Australian jobs,” Mr Morrison said.

“There is a strong appetite from business for the new emissions reduction technologies that they know will be needed to run their operations and keep employing Australians and grow jobs for the future.

“World-leading projects like these are about cutting emissions and creating jobs.”

“We are backing technology to meet our 2030 target and get to net zero,” Mr Taylor said.

“The government’s investment will reduce technical and commercial barriers to deploying these technologies. It will encourage new large-scale investment from the private sector, creating jobs and supporting Australia’s economic recovery, particularly in regional areas.”

Australian Hydrogen Council CEO, Dr Fiona Simon, said, “This funding for clean hydrogen hubs is exactly the kind of investment we need from the Federal  Government to propel the Australian hydrogen industry forward to ensure we are competitive  globally.

“Implementing a clean hydrogen certification process is a critical step that will give our trading  partners confidence of the emissions, origin and energy sources associated with hydrogen produced  in Australia. We also welcome the funding to develop the CCUS project as a mechanism to reduce emissions.

“I commend the Prime Minister for his recognition that hydrogen has a key role to play in a world that  is focused on lowering emissions and shifting to cleaner energy solutions.

“Australia can step up to the mark and be a leader in hydrogen exports, while also creating thousands of sustainable jobs at home.”

A warning against fossil fuels

The Clean Energy Council said the additional $275 million to support the development of a further four hydrogen hubs is a positive step.

However it said that in line with Australia’s role in the global effort to reduce greenhouse gas emissions, it is critical that government funding be targeted at supporting low-cost renewable hydrogen hubs and not at locking in fossil fuel-based hydrogen for longer through the use of CCS. More detail is required to measure the potential impact of the Federal Government’s commitments and understand how they will support renewable hydrogen investment.

The Clean Energy Council cautioned that while this commitment is a step in the right direction, the scale of the emissions reductions announcements being made globally means that a clear commitment to net-zero emissions and a strong roadmap for transitioning to clean energy remains essential for Australia to realise the enormous economic opportunities in a carbon-constrained world.

Clean Energy Council Chief Executive, Kane Thornton, said, “Planning and delivering the strategic infrastructure to support the production, distribution and export of renewable hydrogen is critical to our aspirations to become a leading renewable hydrogen producer for our region, and this funding is urgently required.

“Renewable hydrogen represents a massive new market opportunity for Australia. Deloitte has forecast that the sector could be worth up to $26 billion annually in additional GDP and generate 16,900 new jobs by 2050.

“The hydrogen funding includes $20 million for up to ten feasibility studies to study the best locations for hydrogen hubs, and we expect an objective and competitive process for selecting hub sites.

“We are concerned, however, that the government has earmarked a further $260 million to CCS, a technology that has proven to be very expensive and challenging to integrate into Australia’s aging coal-fired generation fleet.

“Australian taxpayers have very little to show for over $1 billion spent so far in support of CCS, and it would be a far better outcome to channel this funding into driving down the cost of renewable hydrogen.”

A step in the right direction

Australian Energy Council (AEC) Chief Executive, Sarah McNamara, said, “Reports of an upcoming budget allocation of over $500 million for hydrogen hubs and CCS is a sensible move in order to progress the long and hard challenge toward an economy-wide net zero.

“The AEC committed to net zero by 2050 in June 2020, and we support and encourage the development of the hydrogen industry.

“To date, the majority of Australia’s carbon focus has been in the electricity sector, whose emissions are declining rapidly.

“Yet two-thirds of Australia’s emissions come from elsewhere, and these are still going up. This is where research supported by government now needs to be directed.

“While it may be some time before it is commercially viable, hydrogen shows potential to remove emissions from heavy transport, cement, steel and heat sources. We need new technologies in these sectors in order to get to net zero.

“There is a role for government funding in early-stage technologies, so this decision will assist greatly in spurring innovation in the hydrogen industry.

“While CCS has not proved to be as useful in electricity as was once hoped, it still may assist other sectors that collectively emit much more.

“CCS may also be useful in making hydrogen without emissions. While the scale of its potential use remains uncertain, it’s certainly worth spending some money to find out.

“For industries that already have mature technology to reduce emissions, as is the case for renewable electricity production, the task should be left to market forces and private sector investment.”

The Federal Government said Australia beat its 2020 target by 459 million tonnes and is on track to meet and beat its 26-28 per cent 2030 Paris target.