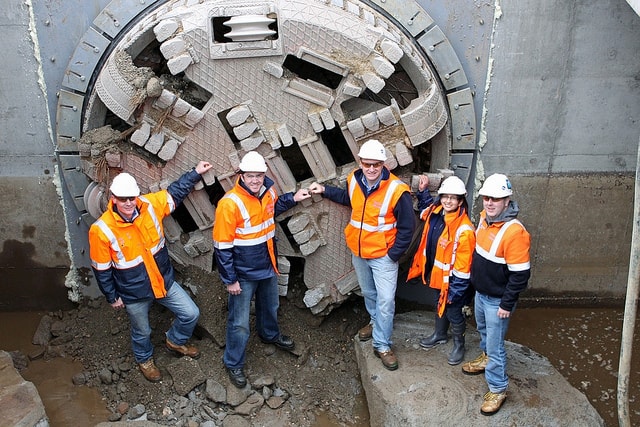 The final stage of the $73 million Frankston Drainage Improvement project has been completed.

“This project began in 2009 to improve the level of flood protection for local homes and businesses, and I am pleased to announce its completion today,” said Inga Peulich, Member for South Eastern Metropolitan Region.

“Frankston is one of Melbourne’s lowest-lying areas and was historically subject to serious flooding during severe wet weather.

“By improving the drainage in the area, we can better protect the Frankston central business district and local homes from being flooded.”

The project was completed in three stages and involved the construction of new drainage infrastructure as well as upgrades to the existing system.

VIC Minister for Water Peter Walsh said it was the largest and most complex flood mitigation project ever undertaken by Melbourne Water.

“As well as improving flood protection, several structures were built to improve the quality of stormwater before it enters rivers, creeks and the Bay,” Mr Walsh said.

“This included a pollutant trap and 12 raingardens, which filter stormwater before it flows into waterways.”

Minor works to close out the project, such as land reinstatement, will be completed by mid-December.