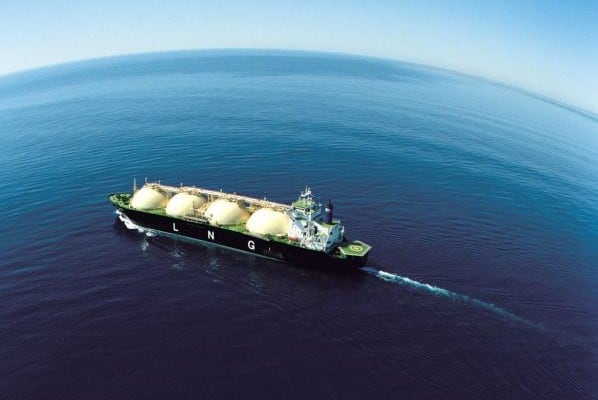 “While we are not quite at the halfway mark in our 12-month Inquiry, and we are still some way off drawing conclusions, there are some preliminary observations I would like to make.”

“First, it is apparent that the arrival of the major LNG projects has upended the east coast gas market, likely permanently.”

“As we all know, QCLNG has commenced production from both its trains, and GLNG and APLNG are ramping up their initial trains towards production. Already LNG demand equals the total domestic demand of the east coast gas market.“

“By the time all six trains are operating, east coast gas production will need to have tripled to meet both LNG and domestic demand from industrial, commercial and household customers and remaining gas-powered generation.”

“This burst in demand for gas over a very short time frame for the LNG industry is effectively upending the east coast gas market.”

“To meet these changing market dynamics, transmission pipelines are being inter-connected and flows being made bi-directional. In other words, the transmission network is being prepared to enable some gas to flow north out of southern production areas and into Queensland.”

“There was originally a strong presumption that CSG with some incremental supply from the Cooper Basin would largely supply LNG demand.”

“However, despite this early expectation of a gas production boom, the east coast market seems to be perhaps one of the few gas markets in the world which is now living under the shadow of supply uncertainty.”

Second, Mr Sims said that gas user complaints about a dearth of offers for the supply of gas in recent years are largely true.

“It is clear from our work so far that the claims by gas users that there was a marked change in the gas market after the final investment decisions by the LNG projects in 2010-11, and that there was then a dearth of offers for the supply of gas, are largely true.”

“We have evidence that many domestic users went from a market where they received, say, 3 – 5 offers of supply on terms that were able to be negotiated, to one where they received zero or one true offer, on largely take-it-or-leave-it, inflexible terms.”

Mr Sims said that during 2012-2014 it was hard to find signs of an effective domestic gas market.

“When you look at some of the gas deals that were struck in this period, it is clear that a number were related party transactions with the LNG projects shoring up supply positions, or other deals between suppliers.”

“It does appear, however, that during 2014 and into this year, there may be some more offers in the market.

“This has coincided with some slippage in the LNG project timeframes which has freed up some gas for the domestic market coupled with early CSG ramp gas also being available.”

“There remain, however, changes in the terms and conditions of gas supply.”

“Gas supply contracts now tend to be for considerably shorter duration and at higher prices. The current contracts also have much less flexibility around some of the delivery conditions.”

“As an example, a contract for the supply of gas may be only for one, two or three years. It may have some form of oil price linkage”.

“It may also have a lower limit of liability for a producer’s non-performance in the delivery of gas, coupled with a higher obligation on the buyer to take or pay the contracted quantities.”

Mr Sims outlined some of the issues and questions the ACCC needs to address as part of its inquiry.

“I think it is clear that we are in an environment which is not merely in a transitory phase of adjustment but which is moving to a new dynamic.”

Mr Sims said that the Inquiry will be considering if the mechanisms available to market participants to manage risks around supply, demand and price are adequate in this new environment.

“The Inquiry is looking across the gas value chain and will be making recommendations to Government on whether significant market power and competition concerns exist in the east coast market, and how markets can become more efficient.”

“The Inquiry will make an important contribution to the reform agenda of the Australian Energy Market Commission and inform the wider work of the COAG Energy Council,” Mr Sims said.

The speech is available at: The importance of adequate competition for the east coast gas market