The Australian Competition and Consumer Commission (ACCC) is taking several companies to court for allegedly making false and misleading claims that their wet wipes were “flushable”.The ACCC has instituted proceedings in the Federal Court against Kimberly-Clark Australia and separately against Pental.

The ACCC alleges that, by labelling these products as “flushable”, consumers were led to believe that the products had similar characteristics to toilet paper, would break up or disintegrate in a timeframe and manner similar to toilet paper, and were suitable to be flushed down the toilet, when this was not the case. 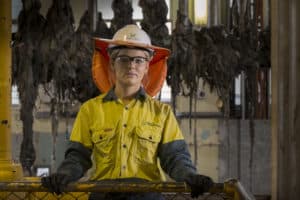 ACCC Chairman, Rod Sims, said, “The ACCC alleges that the impression given by the representations which Kimberly-Clark and Pental each made about these products was that they were suitable to be flushed down household toilets in Australia, when this was not the case.

“These products did not, for example, disintegrate like toilet paper when flushed. Australian water authorities face significant problems when non-suitable products are flushed down the toilet as they contribute to blockages in household and municipal sewerage systems.”

Queensland Urban Utilities has welcomed the decision of the ACCC to take court action, citing it as a positive step towards solving a big problem for sewer pipes as they can cause blockages to the network and household pipes, leaving homeowners with expensive plumbing bills. 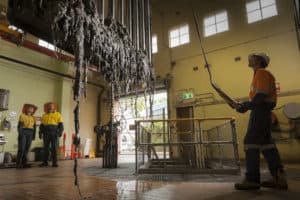 “We spend around $1.5 million every year clearing blockages from our sewers. We also remove around 20 million wet wipes from our sewage treatment plants annually, which laid end-to-end would stretch from Brisbane to Bali.

“Labelling can be confusing for shoppers, so we welcome the ACCC’s decision and will be following the matter with interest.”

“Sydney Water has been a leader on this issue for the past 18 months through our ‘keep wipes out of the pipes’ education program and we have strongly advocated that only the three Ps should be flushed down the toilet – Pee, Poo and (toilet) Paper,” Mr Hadfield said.

“The international statement also outlines that only the 3 Ps (Poo, Pee and (toilet) Paper) should be flushed.

“It also calls for clearer labelling and covers the key requirements for any future standard for ‘flushable’ products,” Mr Lovell said.

Mr Hadfield said, “We thank Utility Magazine for their support to get the ‘keep wipes out of the pipes’ message out to your readers and we thank our customers who have actively supported the program.

“We will keenly observe the outcome of the ACCC’s announcement.”