The Australian Energy Market Commission (AEMC) recently appointed its new Chief Executive, from within the company. 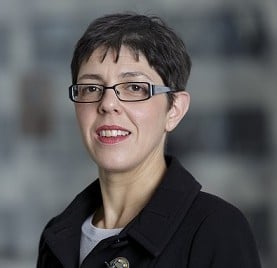 Mr Pierce said, “Anne’s organisational leadership capabilities and breadth of industry and regulatory experience will serve the AEMC well during this period of accelerating change in energy sector dynamics.”

Since joining the AEMC in 2007 Ms Pearson’s has been a member of the senior management team and represented the Commission on the AEMC Reliability Panel, which determines the standards and guidelines which help maintain a secure and reliable power system for consumers.

Ms Pearson said the AEMC was well placed to deliver advice and rules that will support the consumer-led transformation of the energy market.

“I am proud to lead the talented and capable group of professionals who make up the AEMC,” Ms Pearson said.

Prior to her appointment to the AEMC, Ms Pearson was Executive Manager of Retail Regulation at EnergyAustralia and was responsible for the regulatory strategy and compliance approach for the retail business.

Her prior roles included corporate mergers and acquisitions at Freehills, as well as at Deacons where she worked on the introduction of retail competition in the New South Wales retail gas market and corporatisation of the Snowy Mountains Hydro Electric Scheme.