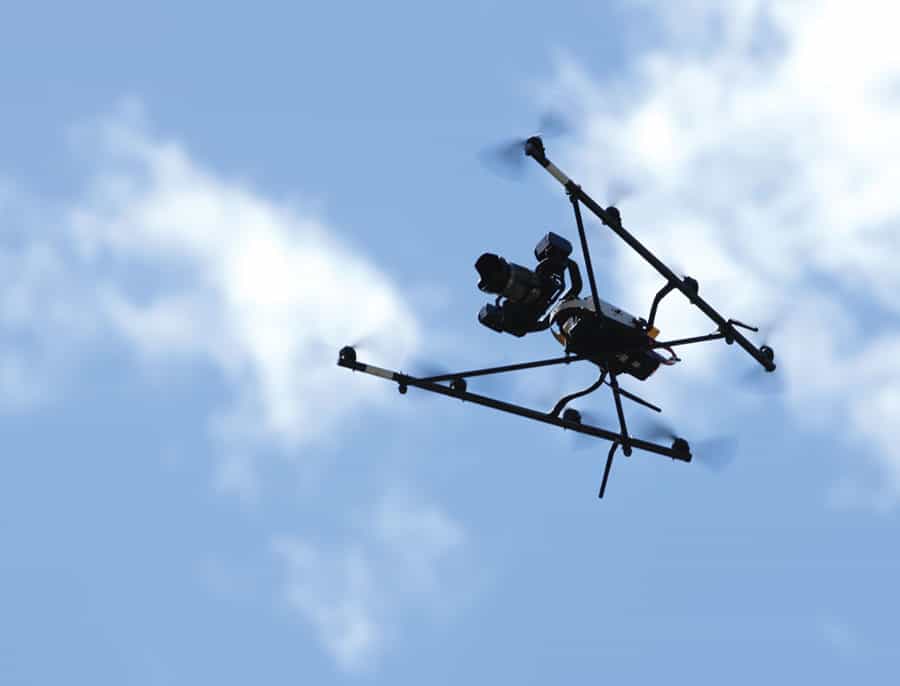 Unmanned aerial systems are being employed for asset inspection by a growing number of utilities throughout the world. Using drones for asset inspection provides a number of substantial improvements over traditional inspection methods, including benefits to safety, efficiency and data quality. We spoke to Melbourne Water Technology Enablement Specialist Frank Courtney about the company’s recent trials of drone technology.

Across Australia and around the world, utilities own, manage and maintain a vast array of infrastructure. To prevent faults, service interruptions and significant accidents and damage, assets must be regularly inspected to detect any issues as early as possible. This is increasingly vital as infrastructure ages.

However, inspecting assets manually is a time-consuming and labour-intensive process that comprises a significant percentage of a utility’s operating costs each year. In some cases, manual inspection of certain assets can also be dangerous.

However, developments in unmanned aerial systems (UAS) and vehicles (UAV) look set to streamline and enhance the asset inspection process. As a result, UAV inspections are being trialled and adopted by a growing number of utilities. As the wholesale water services provider for Victoria’s capital, Melbourne Water manages a vast system of reservoirs, plants, drains and pipes. Each year, the company supplies over 400 billion litres of water over 1,057km of water mains, manages the health of 8,400km of waterways and treats 306 billion litres of sewage.

Recently, the company decided to trial UAV infrastructure inspections in order to investigate the possibility of incorporating such emerging technologies into its asset management strategy.

Two of the assets inspected during the trials were the Thomson Dam Spillway and the Main Southern Carrier of the Western Treatment Plant.

Inspection of the Thomson Spillway involved assessing the entire structure to identify and locate anomalies such as: The Thomsons Dam spillway, with images of defects as an overlay.

Inspection of the Western Treatment Plant’s Main Southern Carrier sought to locate and identify anomalies such as:

Two different flight missions were conducted over the Main Southern Carrier: an aerial photographic survey and an aerial video survey.

The aerial photographic survey was undertaken with a Microdrones MD4-1000 UAV drone. This 3.9km flight was pre-programmed and guided by GPS coordinates with the option of a manual override if necessary. The UAV drone flew over the Main Southern Carrier at an altitude of 22m at 2.8m/s, with the downward-facing camera set to capture images every four seconds.

The aerial video survey used a manually piloted Ascending Technologies Falcon 8 UAV drone, which was flown just over the bank height and over the Main Southern Carrier’s bridges. Continuous video footage was captured by a forward-facing camera throughout the flight path, including deviations to inspect any detected anomalies more closely.

The inspection of the Western Treatment Plant’s Main Southern Carrier captured images of a variety of potential issues. These included gaps in between panels and erosion. The footage also allowed the identification of ‘hotspots’ where multiple potential issues were found. Furthermore, the high resolution of the images and the UAV’s consistent position above the ground meant that the size and dimensions of anomalies could be accurately measured. The benefits of UAV

Initially, Melbourne Water chose to undertake the trials due to the substantial safety improvements realised by preventing staff from being in direct contact with hazards. Manual utility inspection often involves working at heights, working with or near high voltage assets, biological hazards and large bodies of water. Employing a drone to inspect assets means that staff can stay at a safe distance, reducing the likelihood of injury. However, the trials also revealed a range of additional benefits. Drone inspections offered higher quality, more accurate and usable data, as well improving efficiency and reducing costs.

“As we defined the scope of the trials further, we also looked at the time taken for drone-based inspection as a factor of the overall cost. This led to an expectation that a suitably scheduled program of inspections would deliver high quality and timely outcomes at a reduced cost per inspection,” said Mr Courtney.

Drone footage is also highly accurate and can be presented in a variety of formats to maximise functionality.

During Melbourne Water’s trials these included:

Importantly, all imagery captured and anomalies recorded by the drone are spatially tagged and therefore can be incorporated readily into the utility’s GIS. For instance, the ‘hotspots’ identified during the inspection of the Main Southern Carrier “were comprehensively photographed, GPS tagged and assessed using Melbourne Water’s grading system, which allowed our civil engineers to take the data and immediately include these hotspots in their capital forecasting plans,” said Mr Courtney.

The ability to record the size and dimension of anomalies also means that they can be compared after each subsequent inspection to detect and measure any changes that may have occurred.

Image processing tools can also be used to streamline the post-capture analysis process by partially automating the identification of anomalies.

Mr Courtney said that a number of important lessons were learned throughout the trials that will inform Melbourne Water’s approach to drone inspections in the future.

“The definition of the inspection scope is critical as it defines the flight planning, safety planning and the fit-out of the UAV itself. The payload specification will vary from inspection to inspection as the desired output will differ.

“So the big lesson is the importance of working with the UAV pilot to marry up the desired output with the safety plan, equipment and the flight plan – all of this together combines into a successful operation.

“We also learned the effect that weather has on the suitability of drones for inspections – in our case the weather wasn’t a factor for the UAV, but was a problem at times for the payload. Spotty cloud and gusty wind caused problems for us in doing thermal inspection of high-voltage power assets and mapping large lagoon covers. While the UAV was happy to hover in these conditions, the image quality from the cameras was unsuitable.” Mr Courtney said that choosing the right operator for the job is vital. The chosen drone operator must fulfil four main criteria “before you even start to talk rates”.

Mr Courtney believes there is great potential for the adoption of drone inspection at Melbourne Water. Because effectively operating unmanned aerial systems requires a specific skillset and significant experience, the company intends to adopt a supplier panel approach as opposed to delivering drone inspection services in-house.

Melbourne Water intends to soon complete a review of their inspection activities, to assess the costs and benefits of various approaches including drones.

“We are now looking to develop a process framework for inspection activities across the business – this will be a technology agnostic process which will focus on the current range of inspections we undertake, then identify which of these we will migrate to using technologies such as UAV. Some of these will involve aerial, submerged and even subterranean operations and technologies.

“The review will seek to quantify the scope and need for these works, and we will use that as a basis for a procurement and planning strategy. We feel that we need to look at the introduction of these technologies as they apply across the whole business.”

Mr Courtney believes that the coming years will see the use of drones become a key component of asset management for both Melbourne Water and the utility industry in general.

“For those inspections that do not require ‘hands on’ manipulation of an asset, we should be seeking to perform remotely as a standard practice. There is proven technology to deliver inspection data without placing people in hazardous situations.

“As the capability and flexibility of UAVs increases and the costs fall, expect to see UAV become a standard part of the toolkit!”