After the storm: what the floods have taught us There is no such thing as a one-size-fits-all solution to the flooding crisis experienced yet again in Australia. But there is a common approach that can help mitigate risk and prepare for the future.

Conversations following recent flood events have been about how stormwater infrastructure can cope with the levels of water that parts of Byron Bay, Lismore, Brisbane and Sydney experienced.

John Weaver, Contracts Manager at leading pipeline infrastructure company, Interflow, said there is no single solution for these issues, and it’s a mistake to assume all areas have the same problems and should be taking the same approach.

He said it depends on local conditions and challenges such as the age of the area, population growth and ground type. 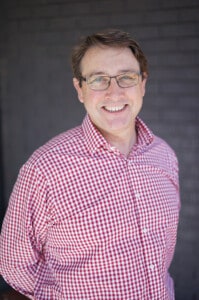 Stormwater management in the future

Mr Weaver said the secret to success is actually one that can be shared between water managers everywhere – using recent events to create greater awareness around stormwater infrastructure and the condition of underground assets.

Mr Weaver said we should look to New Zealand for a good example of preparation for the effects of climate change on water infrastructure, as it is doing a lot of modelling and making sure that future land developments or growth corridors fit into what’s predicted to happen in the future.

“In Australia, our focus has been on water security, on getting ready for the next drought. It’s correct to focus on water security, but at the same time, increasingly regular and extreme rainfall events also deserve attention, as the recent floods proved,” Mr Weaver said.

Outside of emptying dams and preparing communities, there is little that can be done in the way of an emergency response to such dramatic flood events.

Mr Weaver said the focus should instead be on developing greater awareness around the current state of existing infrastructure and putting in place management plans that extend its useful life and improve performance.

“There are two sides to innovative and successful asset management, one is building new assets and the other is deciding what to do with existing assets,” Mr Weaver said.

“For example, a major authority that we work with is about to embark on a huge renewal program. We’re working with them and other contractors to come up with options to renew their assets without increasing the chances of flooding.”

Gradually, all stormwater assets are deteriorating, but if water managers constantly monitor those assets they will know exactly when they require maintenance.

“The most powerful insight a water manager can have is the real-time, current condition of their infrastructure,” Mr Weaver said. Such insight means custom solutions can be developed well in advance of them becoming catastrophic, such as Interflow’s bespoke renewal of the stormwater drainage culvert running beneath the bustling Brisbane Corso.

Interflow’s unique structural relining of the culvert, which was exposed to the Brisbane River’s rising tides, meant costly cofferdam construction could be avoided whilst all structural requirements were met.

This has been a sponsored editorial brought to you by Interflow. For more information and advice from Australia and New Zealand’s leading provider of pipeline infrastructure, please visit www.interflow.com.au.