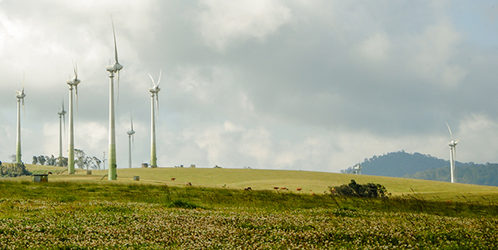 The Queensland Office of Coordinator-General (OCG) has given final approval for the Environmental Impact Statement (EIS) for AGL’s Coopers Gap Wind Farm in the state’s Bilboa and Cooranga North region.

The OCG made its decision after taking all public submissions into account. AGL Coopers Gap Wind Farm project manager, Evan Carless, said this was a very encouraging milestone for the project.

“The project is moving along well. From here the OCG will evaluate the EIS and provide a final determination, which is anticipated in March 2017.

“There is still a way to go, but having the OCG accept our EIS, which took into consideration noise and potential economic benefits, is another step forward for the project.

AGL hopes the Coopers Gap Wind Farm will be the next greenfield renewable development offered to the Powering Australian Renewables Fund (PARF).

The PARF is a partnership between AGL, QIC and Future Fund, which is targeting the development of approximately 1,000MW of large-scale renewable energy projects.

The Coopers Gap Wind Farm is proposed to have a capacity of around 400MW, which would produce around 1,100GWh of renewable energy, powering more than 190,000 average Australian homes.

The renewable energy produced would reduce CO2 emissions by approximately 860,000 tonnes annually, which is the equivalent of taking over 250,000 cars off the road.