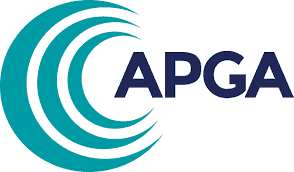 Returning to Darwin for its 50th anniversary, the Australian Pipelines and Gas Association’s (APGA) Convention and Exhibition has been sponsored by the Northern Territory Government in an effort to grow the state’s resource sector and create jobs.

The annual convention is one of the most significant events for the industry and brings together participants from all sectors of the pipeline and service industries.

It is only the third time the event has been held in Darwin in its 50-year history.

Darwin’s hosting of the APGA event followed the release of the Territory Labor Government’s Five Point NT Gas Strategy and the launch of the NT Gas Task Force at NT Resources Week.

Northern Territory Minister for Primary Industry and Resources, Ken Vowles, said that the resources sector is a huge contributor to the economy, creating jobs across the state.

“The government has been growing the resources sector to create more jobs for Territorians – just like we’ve seen this year with the construction of Jemena’s Northern Gas Pipeline and the Tanami Gas Pipeline,” Mr Vowles said.

“Bringing APGA to Darwin gives Northern Territory businesses another opportunity to network with major players in the pipelines sector, and to learn about current and future opportunities.

“Following a hugely successful NT Resources Week – where registrations for Mining the Territory were up 60 per cent – APGA was yet another opportunity for Territory businesses to get involved in our growing resources sector.”

APGA CEO, Steve Davies, said it’s great to see the convention and exhibition back in Darwin.

“It is especially fitting to be here for our 50th anniversary,” Mr Davies said.

“The pipeline industry has a long history with the Northern Territory, having built the pipelines that have underpinned gas supply and electricity generation here since the 1980s.

“In 2018, the Northern Gas Pipeline has just been completed and is about to flow its first gas to East Coast gas markets. Most importantly, the Northern Territory presents so much opportunity for the future of the pipeline and gas industries.”