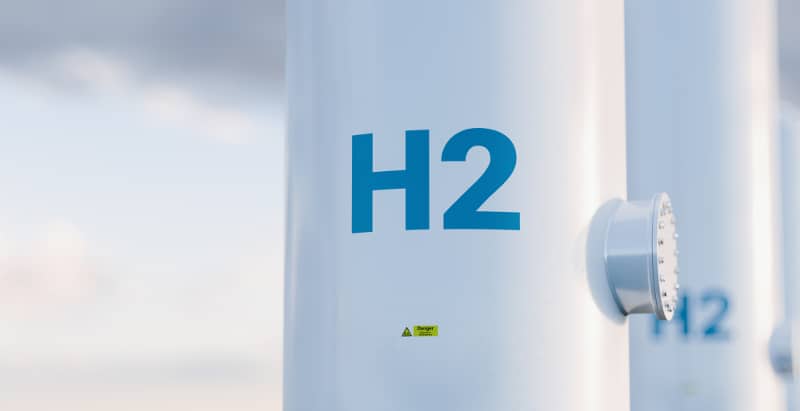 The Federal Government, who provided the funding through ARENA, is giving the investment to Viva Energy to build the hydrogen cell refuelling station.

The Victorian Government also contributed $1 million to the project via the Renewable Hydrogen Commercialisation Pathways Fund.

The new service station will support a range of technologies to support consumer choice, as it will also have electric vehicle battery recharging and traditional diesel refuelling infrastructure.

Viva Energy’s $43.3 million project will include 15 hydrogen electric heavy vehicles, including prime movers, buses and wastewater and waste collection vehicles, to be purchased by the project’s foundation partners. This includes Toll Group, ComfortDelGro Corporation Australia, Cleanaway and Baron Water for their fleets.

The project will be built opposite Viva Energy’s petroleum refinery, include a 150kW electric vehicle charging facility and incorporate a 2MW electrolyser for the generation of renewable hydrogen, using recycled water from Barwon Water’s Northern Water Plant.

Minister for Industry, Energy and Emissions Reduction, Angus Taylor, said construction of the hydrogen fuel station in Geelong, next door to Viva’s refinery, is part of the government’s strong commitment to reduce emissions in the transport sector through low emissions technologies.

“We understand the importance of our truckies to keep Australia moving and are supporting their technology choices for their businesses.

“This project is a great example of our Future Fuels and Vehicles Strategy in action, adding to the $2.1 billion we have committed to accelerating the uptake of low emissions vehicles in Australia.”

Assistant Minister to the Minister for Industry, Energy and Emissions Reduction, Tim Wilson, said that the Viva Energy project is a key opportunity to drive early uptake of commercially viable hydrogen electric vehicles in the transport industry.

“Freight transport is a stubborn source of Australia’s emissions that will only be cut through technology solutions which ensure that fresh food, packages and products can be delivered. Hydrogen has the potential to be that technology solution,” Mr Wilson said.

“This hydrogen fuel station will be the first of many that empower the freight sector to be part of the solution to carbon neutrality by 2050.”

Senator for Victoria Sarah Henderson welcomed Viva’s investment and said the project will generate new jobs and an engineering and trade skills program will be developed to support local industry.

“These programs will ensure Geelong residents can take part in the construction of the hydrogen fuel station,” Ms Henderson said.

“Geelong is an ideal location due to its proximity to both major arterial roads, for visibility, and nearby Barwon Water recycling plant, for production of hydrogen.”

The project complements the recently opened second round of the Future Fuels Fund that focuses on supporting light and heavy vehicle low emissions fleets.

Barwon Water to play a part

“Through our Water for Victoria policy, the state government is encouraging better use of alternative water resources like recycled water to reduce the impact on our rivers and environment,” Ms Neville said.

“Renewable hydrogen offers enormous potential as a clean and reliable alternative to natural gas, and our government is helping make this new industry a reality by supporting this ground-breaking project through our Renewable Hydrogen Commercialisation Pathways Fund.”

Barwon Water Chair Jo Plummer said the funding for the vehicle was a key step towards Barwon Water’s goal to achieve net-zero emissions by 2030.

“As well as by producing and buying renewable electricity, Barwon Water is decarbonising its fleet of maintenance and service vehicles,” Ms Plummer said.

“Barwon Water will receive ARENA funding via the Project to deploy a hydrogen-powered prime mover that will be used for the collection of organic waste for recycling at its water reclamation plants.

“This project demonstrates the benefits of strategic partnerships and we are thrilled to help deliver Geelong’s first ever New Energies Service Station, and take an important step in finding more ways to productively reuse our recycled water and green our maintenance vehicle fleet as part of our Strategy 2030 aims to be net-zero emissions by 2030.”

Through the project, Barwon Water is also exploring ways to further optimise its wastewater treatment processes, leverage water industry innovation and participate in research and development.

“For instance, there could be potential for waste oxygen from the hydrogen production process to be captured and returned to the Northern Water Plant to reduce treatment related costs and emissions from the plant,” Ms PLummer said.

“Exploring innovative opportunities such as this could unlock further circular economy solutions for the way we operate our water and sewerage infrastructure.”