Process Instruments (PI) UK and its Australian distributor Bintech Systems have announced the release of a new turbidity sensor to give users the most accurate zero possible.

The TurbSense addresses a number of issues present in other turbidity sensors on the market, including:

The TurbSense is able to address these issues as its sensor can connect to any of PI’s controllers giving it access to multiple sensors, PID control, remote access via LAN or GPRS, intelligent data logging, service reports, proactive maintenance advice, and many more features available on the CRONOS and CRIUS controllers. It does this through clever optical design and signal processing.

The problem with low level turbidity meters is that to calibrate them you need two points on a calibration curve. The first is at a higher turbidity such as 20 NTU. This point is easy as you can buy standard solutions made of suspensions of latex beads that are NIST traceable at 20 NTU. 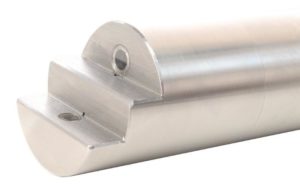 The other point needs to be at zero which can be difficult to achieve. Many manufacturers fix the zero at the time of manufacture but all electronics drift over time which leads to small errors that can be significant at low turbidites. Other manufacturers require the sensor to be exposed to ‘zero’ turbidity water which is extremely difficult to find and any turbidity will cause errors to occur.

PI’s TurbSense uses clever optics and firmware to utilise the linear nature of 90° Nephelometric Turbidity to ‘back calculate’ the zero which takes care of any small drift and gives the most accurate zero possible.

This partner content is brought to you by Bintech Systems. For more information, visit www.bintech.com.au.