When Horizon Power first built the Mungullah Power Station it committed to incorporating renewable energy into the station. The Carnarvon Energy Storage Trial is the first step in meeting that commitment and is expected to give Horizon Power more information about how it can better support renewable energy installed in Carnarvon, while exploring the benefits of large-scale battery storage in an operating microgrid. 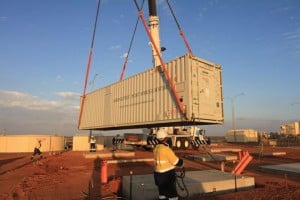 Since mid-2017, Horizon Power has been conducting the cutting-edge trial into the benefits of battery storage to explore ways of meeting energy demand at a lower cost.

Laurie Curro, General Manager Power System Services, Horizon Power, said that the outcomes of the trial will help Horizon Power determine how to optimise the utilisation of battery technology to further its microgrid capabilities.

“The trial involves the integration of two large-scale battery systems which can discharge up to one megawatt of power each at the Mungullah Power Station in Carnarvon. The batteries can store energy and release it instantaneously to provide support for the islanded power station when needed,” Mr Curro said.

“The battery units will primarily be used to optimise spinning reserve which saves on fuel and engine run hours, while giving our power station added flexibility to deal with a raft of challenges we see all our systems being exposed to over the coming years.”

Modelling carried out by Horizon Power indicates that the batteries have the potential of delivering fuel and maintenance savings in the vicinity of $400,000 per annum; costs that would otherwise be used to provide spinning reserve by traditional means.

The batteries were provided by Chinese company, Tianjin Lishen Battery Joint-Stock Company Limited (Lishen), which won an open tender in October 2016. The batteries arrived in Carnarvon from China in March 2017, and after undergoing commissioning and testing on-site at the Mungullah Power Station, moved into the one year trial period in September 2017.

The trial is testing the capability of the battery units to rapidly provide energy in the event of a spike in demand or one of the generators at the power station stops running.

“The batteries have the ability to store a large amount of energy (equivalent to one of our largest machines running for an hour) that can be called on to support the power station in less than 200 milli-seconds – typically this support is achieved by running another generator,” Mr Curro said.

“The system is also capable of being charged when photovoltaic (PV) systems are producing their maximum outputs, giving us the flexibility of storing that energy and discharging it when our peak demand hits later in the day. We believe mastering the application of technology is key to achieving higher levels of renewable penetration across all our regional systems.”

The trial means Horizon Power has access to the latest large-scale battery technology and offers the opportunity to build experience and knowledge by using this equipment within an operating microgrid.

Through the trial, Horizon Power is aiming to:

“The trial will enable Horizon Power to determine how a particular technology can be incorporated into Horizon Power’s operating, protection and communications systems, and is expected to provide valuable operating experience for Horizon Power personnel as battery storage reduces in cost and becomes an integral part of Horizon Power’s future systems,” Mr Curro said.

“The batteries are providing an exciting learning platform for Horizon Power as they respond to real life operating scenarios like generator trips and network faults. The battery can also be used to store energy when renewable output is at its highest and be discharged on demand.”

With the trial well underway, Mr Curro said that the main challenge to date has been ensuring accurate communications between all the various control systems at the power station.

“It has been very challenging to make sure the battery receives the right signals at the right time as this informs it how it needs to respond. If you get this wrong then the battery doesn’t quite know what to do which can be problematic.

Incorporating the technology into future activities

Valuable lessons have already been learnt as the trial moves into its final stage.

“The design of the battery systems need to consider longer term maintenance activities as well as performance. If we had our time again, we would make sure the enclosures were more operator friendly with better access for undertaking maintenance like battery cell replacements which will happen from time to time,” Mr Curro said.

“We have also learnt that establishing robust communications and control architecture is critical to achieving utility grade reliability, and that sometimes these links can be too slow to respond so you then need a primary response from the battery itself.”

As the battery systems are connected to islanded microgrids, they need to be able to withstand harsh environmental conditions and respond quickly to network faults, which means the housing of the batteries and integration of the control system are very important.

The chemical makeup of the battery cells plays an important part in their preferred operating conditions, as does the ability to regulate the temperature around the cells – typically batteries don’t like to get too hot.

Horizon Power has been using battery technology in its control systems for many years but the use of large-scale batteries for bulk storage and high energy discharge to support the power system is new to the utility.

Mr Curro said that Horizon Power will be applying the results of the trial to future projects and initiatives to better support the installation of renewables within its network.

“While we have already deployed smaller storage systems using different technology in several of our remote systems previously (Yungongorra – solar smoothing batteries, Marble Bar, Nullagine – spinning flywheel) our next large-scale battery system will be deployed in Onslow later this year. Following that, we have a plan for each of our systems to adopt new technology as it becomes economical.

“Horizon Power will use the experience gained in this trial and its own microgrid operating knowledge to optimise the use of the type of technology to create innovative energy solutions for the best outcome for the people of Western Australia.” 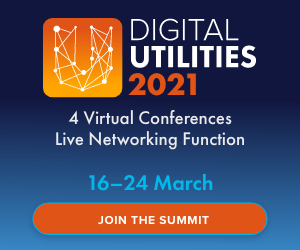