Energy industry weighs in on 2018 Rate of Return Instrument 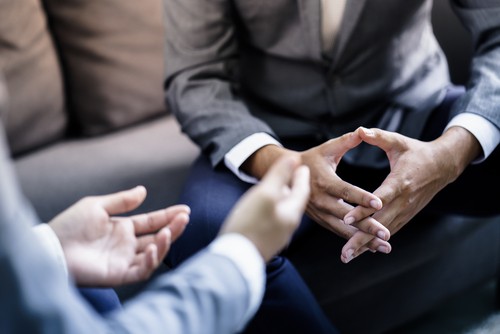 The Australian Energy Regulator (AER) has announced its final decision on rate of return for regulated energy networks with the release of the 2018 Rate of Return Instrument. The announcement was met with a mixed response, with some concern that material cuts to network returns are not in the long-term interests of consumers.

According to AER Chair, Paula Conboy, the final decision balances the need for efficient and stable investment to build and maintain Australia’s future energy networks, while ensuring consumers pay no more than necessary for safe and reliable energy.

“The 2018 instrument is the result of the most comprehensive consultation process we’ve ever undertaken, with consumers, investors and businesses included throughout the process.

“We used the latest information available, well established and accepted methodology, as well as review by an Independent Panel of leading figures in the field.

“It’s expected that the new instrument will help reduce consumer bills by around $30 to $40 a year.”

The Rate of Return Instrument is now binding under the new legislation developed by the CoAG Energy Council. This means that the AER and network businesses are required to set the rate of return according to the Instrument in regulatory determinations over the next four years.

The AER’s process, which commenced in mid-2017, involved an examination of the risk-cost trade off that marks such regulatory decisions.

“We were mindful of the effect on investment incentives of over or underestimating the rate of return,” Ms Conboy said.

“Our aim is to provide networks with sufficient revenue to recover the cost of operating for safe and reliable networks, while delivering the stability investors in regulated assets require.

“However as consumers pay for the network through their electricity bills, we need to ensure the rate of return is high enough to attract investment in these long term regulated assets, but not so high that it attracts over investment – and we are confident that we have got this balance right.”

Ms Conboy recognised the importance the decision will have for network businesses, and said the level of engagement undertaken during the process was significant.

“The final instrument sets out our approach to determining the rate of return for regulated energy utilities in Australia and promotes the achievement of the national gas and electricity objectives.”

The indicative rate of return based on November 2018 financial market rates and data is:

The rate of return under the 2013 guideline was:

While a high level of engagement was said to be undertaken, Energy Networks Australia CEO, Andrew Dillon, said that the decision to make material cuts to the network is not a positive one for consumers and that the rate of return lacks balance.

“This is a short-sighted decision that is inconsistent with market evidence and could end up delivering perverse results for customers,” Mr Dillon said.

“Australia’s network sector now faces lower regulated returns than our peers. Our regulated equity returns for networks used to be comparable to the United Kingdom, the United States and New Zealand. They now resemble those of heavily centralised Eastern European countries with poor reliability.”

Mr Dillon said the decision lacked balance given the distribution and transmission components of power bills had fallen across the country and made up as little as 26 per cent of average bills in some regions. Combined with strong network productivity, it was clear customers were already getting better services from networks at lower cost.

“This decision will discourage energy networks from investing in the technologies needed to modernise the 20th century grid to accommodate the rapidly increasing amounts of solar and storage that customers want and government policy is driving.

“The Australian Energy Market Operator has forecast that failing to invest in a more connected grid that links states and increases competition, could cost customers up to $1.2 billion more.

“The Rate of Return decision misses the critical point that a key part of lowering long-term power prices is strategic investment in the grid, increasing the risk that timely investment will not occur.”

“It is unclear how the strong evidence presented by networks following the draft decision has been taken into account, with some final outcomes not discussed with networks.

“Energy customers have suffered over the past 20 years from the cost and reliability impacts of political decisions taken with a short-term focus. This decision risks repeating the mistakes of the past.”