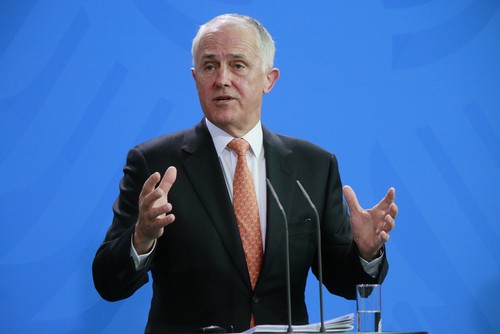 Prime Minister Malcolm Turnbull announced that the emissions target will be dropped from the National Energy Guarantee during a press conference on Monday 20 August, in which he stated that his key priority is to reduce residents’ electricity bills, and which led to a tense leadership spill.

“It is clear that in the absence of bipartisan support, the legislation to move forward with the emissions component of the NEG will not be able to pass the House of Representatives. Now, in politics you have to focus on what you can deliver, and that’s what we’ve done and we’ll continue to do,” Mr Turnbull said during the press conference.

The modified scheme will now move forward without the expected federal legislation to enforce a 26 per cent cut to greenhouse gas emissions. Mr Turnbull reportedly believes that the necessary emissions cuts can be delivered by 2030 without the need for stringent rules.

The news has been met with a mixed response, with speculation that the changes have been made ahead of a leadership challenge.

The Australian Energy Council’s Chief Executive, Sarah McNamara, said that “today’s announcement by the Federal Government has left the most critical policy, the National Energy Guarantee, in limbo.

“The NEG and policy stability remain the long-term solution to bringing down prices.

“Recent high power prices are driven by increased wholesale prices.  That’s because we’ve seen more than 5000MW of power stations close since 2012 and no like-for-like replacements.

“Replacement investment demands bipartisan policy and the lack of it remains the biggest drag on the energy market. A national climate and energy policy would mean that the government doesn’t need to risk taxpayer funds to support new generators.

“Greater monitoring of power prices by the regulator is welcome. It will simply highlight that energy companies are, and have been, acting appropriately,” Ms McNamara said.

“But retail price caps and other interventions are trying to treat the symptoms and not the cause. This is policy with no consultation. We agree with the Australian Energy Market Commission’s assessment that re-regulation is not warranted.

“Re-regulation has the very real potential to damage competition and confidence.  It is extremely difficult for any regulator to set a default price accurately.  If it is set too low it will push energy companies out of the market.  If it is set too high it will mean consumers are paying more than they should.”

Ms McNamara said increasing the ACCC’s powers to allow divestment of private assets was not supported by the ACCC’s own report.

This breaking news story will be updated throughout the day.