The aim of the Alphington Sewer Project was to replace a century-old brick sewer located between Coate Park alongside the Yarra River and the Latrobe Golf Club via a series of microtunnelled bores. The old sewers had deteriorated significantly and needed to be upgraded to continue to provide essential services to Melbourne’s northern suburbs.

Due to the depths required of the tunnels, associated civil works were also self­-performed by Rob Carr Pty Ltd’s experienced civil crews.

Angelo Soumboulidis, General Manager at Rob Carr, said that the challenging depths and variety of work involved in the project were completed by the construction team, with a wide range of skill sets utilised on site to complete the job.

“We carried out a range of multidisciplinary work besides tunnelling, including trenching, construction of 14m and 17m­deep caissons, 6m and 9m ID respectively, as well as conventionally excavated shafts, large diameter manholes and live connection work including the setup and maintenance of a detailed bypass pumping network.

“Each of the five manholes ranged in depths between 6m to 15m with diameters of 1.2m ID to 5m ID and due to the environmentally sensitive nature of the area, the caissons allowed us to reach required shaft access depths on the deepest shafts while remaining within a small footprint.

“To cater for this diversity of tasks, we brought an average of 20 team members on site, including general labourers, plant operators, tunnel bore machine (TBM) operators, supervisors and engineers to ensure that we had personnel from a range of divisions to complete the works safely and efficiently.”

The longest shots were 270m and 580m of DN1500 HDPE lined concrete pipe, with the fourth shot stealing the show as the longest shot ever being completed by the company.

According to Mr Soumboulidis, both longer drives came with their own set of challenges, as they were not only curved in profile, but were further complicated by ground conditions, tunnelling beneath homes and directly intercepting an existing brick sewer midway through the shorter 270m curved drive.

“The biggest challenge of installing the longest bore was that it required a 290m curve of 700m in radius. To complete this successfully, we underwent a lot of long­term planning and logistical coordination prior to construction, as well as resourcing of highly skilled staff.

“We ended up relocating a portion of staff from Queensland on a short term basis to complete the drive while our workshop team in Yatala provided maintenance support.

“Ground conditions at the site also posed another major challenge, with ground type varying from clays to basalt with variable rock strengths up to UCS 300MPa. Due to the high rock strengths experienced on the long drive, we had to continually monitor the ongoing ground conditions and regularly inspect the cutter wear and condition of our TBM,” said Mr Soumboulidis.

As launch and retrieval shafts were at great depths and within confined spaces, this required the team to undertake detailed safety measures both prior to and during construction.

“Additionally, the confined space risk of welding the HDPE lined concrete pipe over a single section of 580m was a safety priority from the start, and one which required detailed planning before work commenced. We consulted internal managers and developed a suitable safety procedure, which resulted in an incident free confined space working area throughout the project,” said Mr Soumboulidis.

The project was a prime example of Rob Carr Pty Ltd’s ability to face challenges head on to produce successful results.

“All drives came out on line and grade. This was a great success, especially with the changing ground conditions and required curve of the longest tunnel. Our TBM performed exceptionally well.

“In fact, the TBM used for this project worked so well that is already out on site again, currently being used at the Green Square Stormwater Project in Sydney. The TBM has joined part of a fleet to deliver 3.8km of tunnelling before moving on to the Jindalee

About the Alphington Sewer Replacement

Melbourne Water’s Alphington Sewer Replacement project improved the network and protected public health and the environment by reducing the future likelihood of sewage spills during extreme wet weather and maintenance issues such as blockages. These issues can be costly and disruptive to the community.

Constructing the new sewer involved trenching and tunnelling under roads, some homes, Amcor, Latrobe Golf Club car park and occupying pockets of local parks and open space. A section of sewer running from the Eastern Freeway at Kew was also constructed, under the Yarra River and into the main sewer. 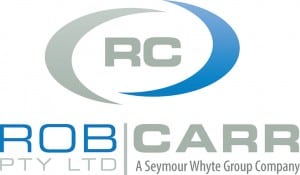