Building the business case for co-located renewables and battery systems 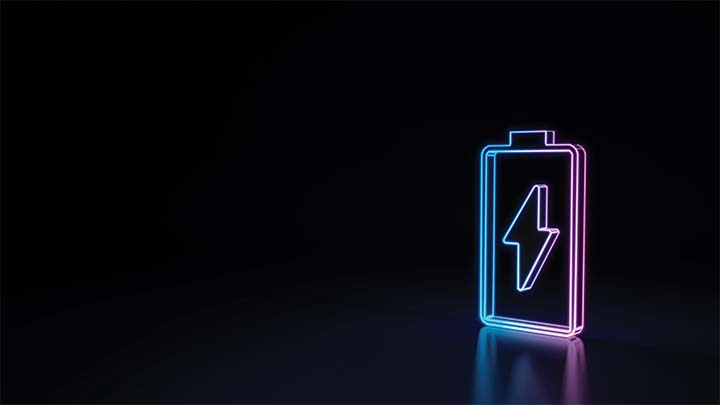 The Gannawarra Energy Storage System is a 25MW/50MWh lithium-ion battery that shares connection infrastructure with the 50MW Gannawarra Solar Farm. Edify Energy, with support from EnergyAustralia, recently published a knowledge sharing report covering its first year in operation. Here, we explore some of the learnings from this 12-month period and provide insights into how this may drive development decisions for future battery systems seeking to support renewables and advance the energy transition.

If investment in the National Electricity Market (NEM) in the last few years has taught us anything, it is that there needs to be a renewed focus on energy projects premised on the potential to both create value and mitigate risk (technical, market and operational), rather than being solely driven toward the lowest levelised cost of energy.

The coordinated investment of batteries and renewables is a potential pathway to realise value creation and risk mitigation, and one that is consistent with the findings of the most recent Integrated System Plan from the Australian Energy Market Operator (AEMO).

The inclusion of batteries in the business case for renewable projects has a number of advantages, such as diversification of revenue streams (for example, energy markets and frequency control ancillary services) and mitigating market risks such as increasingly shallow prices during daylight hours for solar.

What is not clear however, is the deployment model to access these advantages. In particular, the question on whether to co-locate the renewable and battery facility behind common network infrastructure or to establish each facility on a stand-alone basis does not always have an obvious answer.

The principal feature that distinguishes the Gannawarra Energy Storage System (GESS) from other operational batteries in the NEM is the fact that it shares network connection infrastructure with the Gannawarra Solar Farm (GSF).

In the case of the 25MW GESS and 50MW GSF, a combined 50MW export limit exists. However, this export limit only serves as a constraint to the extent it prevents access to commercial opportunities for either project; something that can be assessed by viewing the first 12 months of GESS’s operations.

The role that batteries have been playing in energy and frequency control ancillary services (FCAS) markets in the NEM is already widely reported on.

Consistent with other batteries, the predominant source of revenues in the first 12 months of GESS’s operation was from FCAS, not the time shifting of energy.

For the most part, the 50MW export constraint did not place a significant commercial limitation on the operation of GESS and its access to energy and FCAS market opportunities.

The observed dispatch profile of GESS closely tracks that of prices (that is, dispatching in mornings and evening peaks); a trend that is anticipated to continue as increased solar uptake continues to depress prices during daylight hours.

This brief period of operation of GESS therefore highlights the complementary nature of solar (if not wind) and batteries, with batteries serving to mitigate the downside market price risks of correlated solar in a way that is not overly burdened by the physical constraints introduced by common network infrastructure.

That said, there were inevitably occasions (including some high price periods) where the 50MW export constraint of the combined facility did introduce a commercial limitation on GESS’s operation.

During these periods, it was demonstrated that having access to an accurate solar forecasting system and a high degree of coordination between this telemetry and the trading floor is important to limit lost value that could otherwise be captured with greater confidence in the solar output.

This effect can be most pronounced in the morning and evening ramp up and down periods, during which solar output is harder to forecast and which also coincide with the end and beginning of price peaks.

Another distinguishing feature of GESS is that network tariffs are incurred when drawing a load through Powercor’s 66kV distribution network; a position that is inconsistent with Transmission Network Service Provider approaches (and is currently subject to standardisation via rule change processes).

The management of GESS’s state of charge therefore needs to account for these tariffs. The presence of GSF however creates an opportunity to avoid these network tariffs, where charging during solar hours would not place a load on Powercor’s 66kV network.

This option is not available to a stand-alone battery solution connected to a distribution network, which in all instances would face network tariffs when performing a charge.

Could reform expand the value creation and risk mitigation options?

In addition to making greater utilisation of network infrastructure, the co-location of batteries and renewables should also be capable of accessing further integration benefits, which are not accessible today, but could be proposed as part of current market design reform efforts.

These include, but are not limited to:

• Using the battery to make real-time adjustments in output (i.e. depart from its scheduled position) in response to the renewable generator’s fluctuating generation to permit self-performance of regulation services and bring causer pays FCAS relief to the renewable generator; a material operational cost and risk that cannot be directly hedged today. This is in contrast to classifying the combined facility as a scheduled generator (recognising the potential capacity and energy limitations of the battery in managing a scheduled position) or providing concurrent regulation FCAS from the battery, which is not a perfect hedge to this exposure

• Constraint relief, whereby a load created by the co-located battery permits greater output from the renewable generator during periods of network constraints. The objective here should be to permit coordination in dispatch so that it is only the co-located renewable generator that is the beneficiary of this load, and no free-rider situation is created to the benefit of other generators behind the constraint. This would serve to address a material operational risk facing many renewable generators and improve the commercial case and utility of batteries. It has application to both existing generators looking for options to mitigate new constraints, and projects in development looking to mitigate expected constraints

• Improved compliance against aspects of Generator Performance Standards, such as using the technical properties of the battery system to meet Continuous Uninterrupted Operation (CUO) requirements or provide a degree of system strength remediation. Generators today carry significant technical compliance obligations but are not always empowered to manage them. Expanding the technical options available for generators to meet compliance obligations with co-located battery systems should benefit developers and the stability of the system alike

With recent statements from Canberra in support of gas as a transition fuel at odds with findings in AEMO’s ISP, which view of the future ultimately proves correct will largely be determined by investors in the energy sector.

Observing and learning from early battery projects is important to inform developers and investors to ensure the optimal and correct decisions are taken. We at Edify see the growing coordination between renewables and batteries as an inevitable eventuality as the sector strives for a sustainable, low-cost and stable system.

We’ll continue to play a leading role in driving toward optimal outcomes for investors, consumers and the energy system.

The future is now. There is no time to waste.