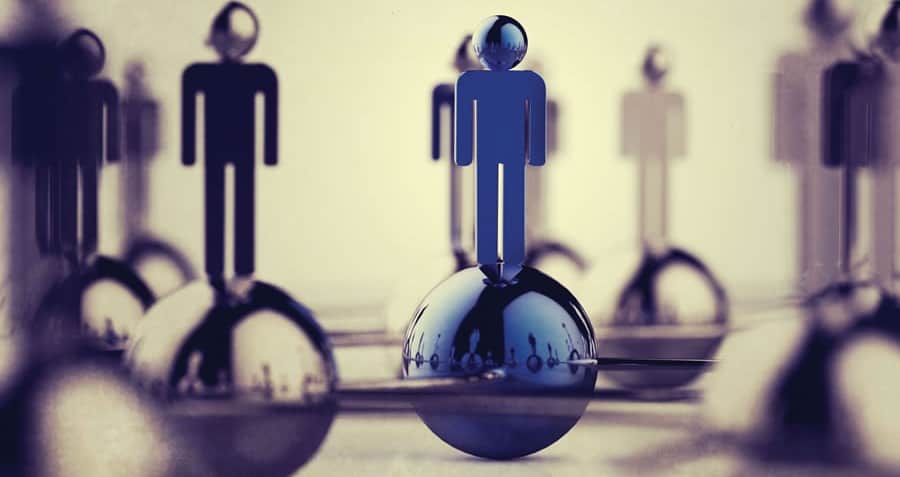 Many of Australia’s major utility organisations are focused on improving operational and maintenance capabilities within their networks – be it for water or power and distribution systems. SCADA systems in particular have become the point of difference to improve capabilities, especially through proactive asset management and data analytics.

While there are many opportunities to save costs and increase efficiency by enhancing these functions, it can be just as risky if the framework for improvement isn’t aligned with business needs.

Coliban Water is one of these major utility organisations focused on transforming its SCADA capabilities.

Dan Smith, SCADA Manager at Coliban Water, said his team is managing three improvement phases that will transform the utility’s main SCADA system into an integrated and responsive setup.

Dan’s team comprises three specialists including himself, and is responsible for all site communications and SCADA software systems, including CITECT, ClearSCADA and related network diagnostic systems.

“Currently, the maintenance of our remote terminal units and SCADA hardware out in the field is outsourced to our private partner, Lendlease,” said Mr Smith.

“We manage all communications, but issues that arise within our RTUs are outsourced, including repair works onsite.”

RTU management is usually conducted in­-house, but up until three years ago, every part of SCADA management at Coliban Water was outsourced.

“We’re on a path to consolidate many of the management and repair functions in-­house. That’s why we’re starting with the communications network.” 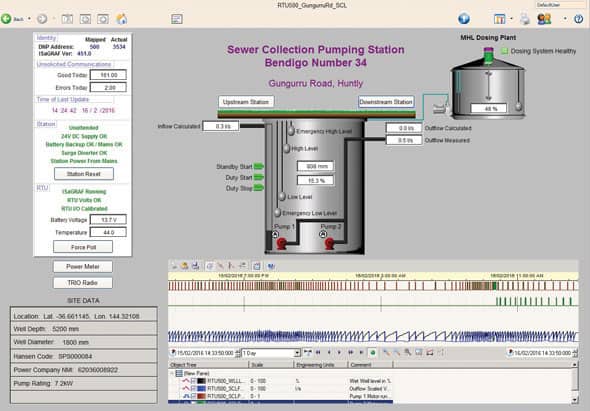 Stages one and two

The majority of the network previously ran on an analogue UHS system, which had several limitations including low speed, limited visibility on network activity and performance, and no ability to remotely manage assets in the field.

By upgrading to a digital UHS system, Mr Smith and his team will be able to carry out firmware upgrades remotely, manage devices remotely, change power and increase speed throughput ten­-fold.

This will make it far easier to manage the network, as well as provide more reliability.

While the first stage involves communications and upgrading to digital technology (currently underway), the second stage has just been completed – shifting to an open-protocol network instead of a proprietary one.

The move is an important foundational step to enabling the network to support DNP3. With such a large geographical portfolio, the network has, for a long time, been locked down to support only one protocol.

Mr Smith’s team had to change the way the network operates to accommodate an open protocol, to be able to implement an RTU platform that supports DNP3.

Now having successfully moved to an open protocol, the team can perform an upgrade and implement an RTU platform anywhere in the network.

“It’s been a big benefit and has given us a lot of freedom to trial different technologies. We’re not locked into one vendor for RTU platforms anymore,” Mr Smith said.

The priority for his team in the context of benefits is enabling DNP3 event­-based reporting. Traditionally, the way data was obtained involved sequential polling across the entire network – in effect, polling for static information every two hours.

The planning team would have to go out and install multiple data loggers at specific sites for a limited period of time, because the quality of information coming back from the network was relatively poor and unreliable. These data loggers would come in the form of a battery-powered device.

But with DNP3 integration and the implementation of battery-­powered RTUs, this no longer needs to be done. The sites can remain operationally dormant and gather reliable data, which is generally sent back to the main SCADA system once per day.

The data is being used for network analysis for long term upgrade planning for the water and sewer networks. It is now also being fed into predictive analytics software for asset maintenance.

“There will be significant cost savings once we completely change how we maintain assets on a daily basis. There are many flow-­on effects from what we’re doing,” said Mr Smith.

The third phase of SCADA improvement relates to rolling out new RTU platforms that support DNP3, which will provide higher quality data to the business.

This phase, which has just begun, will take approximately three to four years across all sites. Not only is data quality a challenge in the effort to complete Stage Three, but hardware obsolescence is a challenge as well.

Much of the field hardware is at the tail end of their life-cycle period.

“Our SCADA system was primarily set up as a monitoring and alarming system, but now there are more business units across the organisation that want higher quality data, more resolution. And that’s where we’re struggling, because we have a lot of old tech in the field and not entirely event­based,” Mr Smith explained.

The field RTUs are managed by a master RTU platform in Bendigo, which is no longer supported – the units in the field themselves are not obsolete, but the master platform is.

At the same time, these upgrades will also standardise the software of the RTU system and align pump station functions.

“We’ll get the double benefit of increased throughput from the site in terms of monitoring and data management; and RTU software standardisation. It’s a pretty important project, and probably our biggest focus for the next two or three years,” Mr Smith remarked.

Mr Smith and the team have spent the last eight months market testing every SCADA historian, particularly for interoperability and seamless integration.

And of the five units that were tested, only one was integrated successfully with Coliban Water’s SCADA system.

This approach directly addressed an all­too­familiar situation faced by many organisations. Every time a vendor performs an upgrade, the SCADA team has to reassess whether or not that third­party software is compatible with their integration. Coliban Water’s effort to enhance its SCADA system is as much a response to current business needs, to that of the long­term objectives.

Mr Smith’s team is already looking at obsolescence issues in 2023, because the budgets are already being planned for that period.

“We’ve tackled the network, and we’re now tackling SCADA software and hardware. A big part of that is figuring out how all the data will be managed going forward,” said Mr Smith.