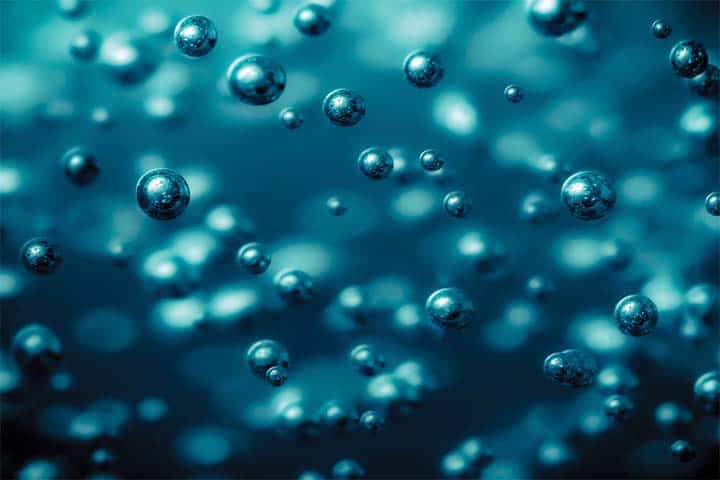 When renewable energy is used to produce hydrogen, it is a clean fuel with no emissions and has the potential to decarbonise many energy and industrial sectors. Because of this it’s tipped to be a game-changer in the rapidly transforming energy industry, and a global effort is underway to develop hydrogen markets and achieve widespread use. Recently, National Energy Resources Australia (NERA) announced the launch of a $1.85 million network of hydrogen technology clusters to boost Australia’s burgeoning hydrogen industry. Utility spoke to NERA CEO Miranda Taylor about the technology clusters, their role in the development of a growing hydrogen industry, and what it will take for Australia to become a global hydrogen energy powerhouse.

It’s easy to get excited about hydrogen. With its potential as a clean, flexible, storable, portable and safe fuel source, hydrogen could transform Australia’s energy sector, accelerate emissions reductions and boost the economy. In fact, according to a 2019 Deloitte report, it could increase Australia’s GDP by up to $26 billion and provide 16,900 jobs by 2050.

A number of programs are currently underway to help realise Australia’s hydrogen potential, with federal, state and territory governments all releasing hydrogen strategies and allocating funding. According to Ms Taylor, effective industry collaboration, such as that fostered by the technology clusters, will be critical to success.

“NERA’s mandate is to create the connections and collaboration needed to support the growth of advanced manufacturing of clean energy technologies, and industry-led clusters are central to this.

“We’ve identified technology clusters as the area where NERA can add most value, and they’re central to our strategy for supporting the commercialisation and scaling of the emerging technologies that are needed to support the production and uses of hydrogen.”

“Australia already has an abundance of research-focused programs – including cooperative research centres, hubs, CSIRO and industry-led projects – plus more than 60 demonstration or pilot projects, and an array of programs that target individual small businesses.

“However, decades of international experience has shown that small businesses operating in the same industry sectors and value chains can, by clustering, accelerate the commercialisation and scaling of technologies, drive faster skills and knowledge transfer, and encourage novel ways of combining innovation and technology solutions.

“We need a far more coordinated way of developing Australia’s hydrogen capabilities and capacities, as well as promoting these to domestic markets and, importantly, to potential global customers.”

It’s intended that NERA’s hydrogen clusters will build a collaborative, innovative ecosystem and coordinate the relationships and action needed to support the growth of Australia’s hydrogen industry and technology value chains.

“I think NERA’s role in creating connections has been fundamental. Identifying the commonalities between people, and then facilitating linkages between them, is very important. We see this as one of NERA’s most valuable functions across everything we do. That’s why it’s our tagline – creating connections for growth.”

Preceding the launch of the hydrogen clusters, NERA conducted a thorough consultation across the country to better understand the needs of both the technology companies and other stakeholders.

“What became manifestly clear from our consultation workshops was that we couldn’t do a top-down approach where we just focused on one big national cluster from the start,” Ms Taylor explained.

“We really needed a more organic bottom-up approach that took a regional approach and allowed the clusters to self-identify and form into natural communities of practice.

“This is how clusters work most successfully across the world, with clusters of technology firms often emerging in a regional setting around a common industry.

“We put out an expression of interest to the whole of Australia, inviting early stage clusters to apply for NERA seed funding and demonstrate their value proposition.

“NERA’s selection criteria evaluated a number of things, including identified benefits and outcomes, capabilities and chance of success, and the ability to leverage support from government and existing members, as well as proximity to and relevant/suitability to the regional hubs.

“We also consulted with each of the state and territory governments to understand their priorities so that we could identify which clusters were most likely to be able to leverage government support.”

As a result, 13 technology clusters have been selected to date, covering all Australian states and territories, and located in the emerging regional hydrogen industry hubs.

“Each state, territory and region is likely to have a different focus, for example production, storage, hydrogen transport and utilisation,” Ms Taylor said.

“The clusters have self-identified where their value proposition is likely to be highest in the first instance.”

As a whole group, however, the clusters formed so far will almost certainly address technologies across the spectrum.

“Although hydrogen is not yet an industry that exists at scale in Australia, hydrogen itself is not new. By way of example, it is already being used in fertilisers and agriculture and as industrial feedstock.

“There are also more than 60 pilot projects at various stages of development and in different regions right across Australia. Clear regional ‘hubs’ are emerging where there are existing ports and export infrastructure; contingent industries; access to energy networks and renewable energy sources such as solar, wind and hydro; a skilled workforce; research facilities; and the technologies that will all be essential to developing the hydrogen industry and regional hubs around which these clusters are forming.”

NERA anticipates that the current clusters will gain significant momentum on their business plans in the near future, and intends to continue building the cluster network.

“We hope to see that the clusters identify a common commercialisation or R&D challenge they can’t afford or have capacity to address individually; that they have complimentary capabilities and knowledge that they can share; that they undertake a joint market identification and development exercise. And this might include building shared test labs or market demonstration sites.

“One size will not fit all, and we want these hydrogen technology clusters to be diverse, self-led and adaptive. NERA will work with each cluster to develop the best approach and activities for them.

“We will also continue to work closely with the clusters that were not selected as part of our funding, and over the next six to 18 months hope that their value proposition may strengthen, and funding partners be secured.” Meeting Australia’s goals and reaping the benefits of developing world-class hydrogen technology and expertise will require a big-picture perspective.

“There is a wide scope to this emerging hydrogen industry,” Ms Taylor said.

“We’re talking about everything from production, to storage, to transport, to utilisation. And then there are all the technologies and capabilities that will enable those different sectors.

“Australia needs to be addressing the whole value chain in parallel. We can’t just focus on one part of the story if we are going to join the dots and create an end-to-end industry, including ultimately an export market for both hydrogen and the supporting technologies, capabilities, knowledge and skills.”

Ms Taylor believes that if the groundwork is done now, Australian hydrogen exports are a strong possibility for the future.

“Looking at a ten-year plus horizon, I think it’s realistic to say that we can export hydrogen. Ammonia is likely thought of as the most immediate export opportunity.

“Many of the projects currently on the books have a stage one domestic, stage two export and, like any major capital project, you have to factor in the timeframes required to do front-end engineering and design and final investment decisions. Globally, the hydrogen time horizon for achieving a fully mature and scaled industry is out to 2050.

“But we need to start today to take nationally coordinated, across-the-board action to build domestic demand and supply, as well as the required infrastructure, technologies, skills, regulations and community support, including for transport, storage and export.”

One important area of focus identified by Ms Taylor will be to develop the economics for ‘clean’ hydrogen, as clean hydrogen could play a major role in helping Australia and the world achieve net zero carbon target.

“Australia will have to find ways to decarbonise our energy system and industries – including hard to abate industries such as steel and cement – because the investment and finance market and our global customers are going to require it.

“We’re going to need many solutions. It’s a story of ‘and, and, and’ rather than picking one solution, but hydrogen is well positioned to play a major role.”

Investing in the future

Ensuring Australia is at the forefront of the global hydrogen industry will require adaptability and a willingness to invest now for long-term rewards.

“All of the key players in Australia are committed and excited about the future potential for hydrogen, including industry leaders, governments across the board, government funding agencies such as ARENA and the Clean Energy Finance Corporation, research organisations and technology entrepreneurs,” Ms Taylor said.

“The Federal Government and each of the states are rolling out their hydrogen strategies and funding significant initiatives and projects.

“It’s going to take strong government coordination, leadership and investment as Australia emerges from the current global pandemic and we seek to diversify our economy beyond our traditional resource industries into manufacturing higher value technologies, and decarbonise through clean energy solutions.

“We’ll also need to keep a clear eye on what the rest of the world is doing in the hydrogen space and the quantum of spending to support the development of the industry.

“Whilst Australia has many advantages, including our abundant and diverse energy resources, we are not the only country with advantages or an appetite to secure this emerging opportunity.”

“We cannot simply expect this to come about by itself. For example, there are no existing consumers or customers large enough to enable scale and drive down the cost of producing hydrogen.

“It’s going to require government leadership and cross-party collaboration to commit funding to develop Australia’s capability and capacity. We really do need to take action now and put serious funds on the table.”

If there’s one thing for certain, it’s that the next big transformation in the energy sector will evolve differently than those that came before and Australia cannot afford to miss the opportunity to be a leading hydrogen powerhouse, growing a new industry and helping decarbonise the world.