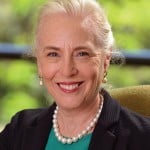 In Western Australia we have seen such a dramatic climate shift over the last 20 years that we talk only of climate resilience.

Since the 1970s Perth’s rainfall has reduced by around 15 per cent but inflows to dams have declined much more dramatically. Historically, Perth’s dams received about 350 billion litres per annum in streamflow – and the Perth scheme uses about 300 billion litres a year – so that was a balanced system.

Last year, Perth’s dams only received 11.4 billion litres of inflow. To put this into perspective – this is less than four per cent of what our customers connected to the Integrated Water Supply Scheme (IWSS) use each year.

The Water Forever plans are based on a three-pronged approach, which includes working with the community to develop new water sources, reducing water use and increasing the amount of water recycled. Construction of the full-scale Groundwater Replenishment Scheme began in October 2014 and is expected to be completed in late 2016. In July it was announced the scheme in Craigie will be expanded to produce 28 billion litres of water each year – which is enough to supply 100,000 Perth households with water for a year.

Groundwater replenishment is the process by which secondary-treated wastewater undergoes advanced treatment to produce recycled water. The recycled water is recharged to an aquifer for later use as a drinking water source.

Water Corporation carried out the most extensive community engagement program it has ever undertaken throughout a three-year trial of groundwater replenishment which began in 2010.

A purpose-built visitors centre was constructed at the site of the trial, with more than 11,000 community members touring the site.

Groundwater replenishment could supply up to 20 per cent of Perth’s drinking water needs by 2060.

There are two desalination plants that supply water for Perth, which have the capacity to supply around half of Perth’s current water needs – about 145 billion litres a year.

The Perth Seawater Desalination Plant was the first of its kind in Australia. Commissioned in 2006 it has the capacity to produce 45 billion litres of water per year.

The Southern Seawater Desalination Plant was built in two stages – the first was completed and operational in 2011 and the second stage was completed in 2013.

The Southern Seawater Desalination Plant has the capacity to supply up to 100 billion litres of water each year.

Since 2001, Water Corporation customers in Perth reduced their per person water use by around 30 per cent. However, Perth households remain some of the largest users of water in any major capital city in Australia.

We continue to work with our business and industrial customers to help reduce their water use. Last year we saved over 105 billion litres of water in Perth through a range of water efficiency initiatives introduced over the last decade.

This includes permanent water saving measures – such as sprinkler rosters and the winter sprinkler ban. Many people do not realise that over 40 per cent of water use in the home occurs outside in the garden, so abiding by the sprinkler roster is just one way households can help save water in our drying climate.

The sprinkler rosters in place across the state save around 53 billion litres of water each year – simply by ensuring water is not wasted on the garden. 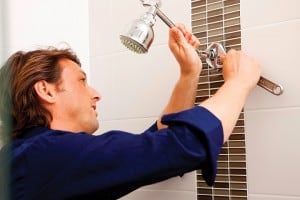 Showerhead swap program that ran in Perth and Mandurah.

This year we ran a successful free Showerhead Swap Program across Perth.

Through this program more than 24,000 showerheads were exchanged for water efficient ones.

The intention of the guidelines is to provide a benchmarking tool for local government to assess how their own policies compare with best practice.

There are many benefits of installing a waterwise verge, not only will it save water, but it will contribute to a cooling effect and counteract the heat island effect in summer. A waterwise verge can also provide a natural habitat for native wildlife and promote biodiversity in our neighbourhoods.

We want to provide people with a choice, and encourage residents to consider using waterwise plants that better suit our drying climate and hot summers.

We also work closely with a range of businesses and industries across Western Australia to help them reduce their water use. Saving water benefits businesses in a number of ways, including reducing long-term operational costs and demonstrating their commitment to sustainable operations in our drying climate.

For example, we work with every business in WA which uses more than 20 million litres of scheme water each year through our Water Efficiency Management Plan Program.

Through the program, businesses make permanent changes to their operations, which continue to deliver savings in the long-term.

More than 300 businesses are involved in the program, which has saved around 60 billion litres of water since it began in 2007.

Working with our customers to reduce water use continues to be an important part of our plans to secure water supplies in the drying climate. In the water industry we are in a unique position in that we actually encourage our customers to use less of our product! 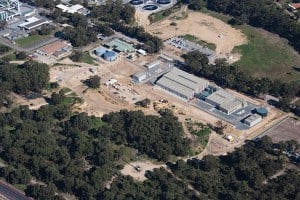 Over the last 10 years the volume of recycled wastewater has increased by more than 70 per cent across the state.

In Perth, this includes groundwater replenishment, irrigation of parks and ovals with recycled water and providing fit-for-purpose water for industrial use at the Kwinana Water Recycling Plant.

Our planning to date has ensured Perth’s water supply scheme made it through the worst inflows on record last year. However, water supply planning is not static – we are constantly responding and adapting to changing circumstances, including climate, by identifying and adding new sources when needed.

We’ll continue on our Water Forever journey to build a water supply scheme where we no longer rely on rain as a source of water.

The Integrated Water Supply Scheme provides drinking water for nearly 1.9 million customers in Perth, Mandurah, parts of the South West, and those connected to the Goldfields pipeline.