By John Cotter, Chairman of the GasFields Commission Queensland

The rapid expansion of the Queensland onshore gas industry in recent years, and the scale of the projects involved, has been staggering. In order for these developments to have a positive legacy in the years to come, effort must be made to adequately inform and engage those affected.  The expansion of the onshore gas industry over the past five years is one of the largest industrial developments ever to occur in regional Queensland.

The scale of these projects and the speed at which they have developed has been nothing short of staggering for all involved, especially for local landholders and communities.

The pipeline industry has had a key role to play in these projects, in particular the pipeline contractors. These contractors are the people who design and build these energy highways, many of which are hundreds of kilometres long and traverse many individual properties and rural businesses.

Most pipeline contractors recognise that building a pipeline is not just about meeting technical or engineering challenges; it’s also about people. They understand that often the biggest and most important challenge is accessing land and dealing openly and respectfully with the landholders and communities along the pipeline easement.

Having travelled up and down these export pipelines dealing with numerous landholders throughout the construction phase, I have learnt a number of valuable lessons that I believe should be known by all involved in the industry.

Firstly, I believe more can be done by gas proponents to improve transparency and provide greater clarity to their pipeline contractors on land access responsibilities such as negotiation, operational matters and dealing with disputes.

Such land access matters must be a critical part of the contractual arrangements between the gas proponent and the pipeline builder. A blame game between project owner and contractor is no longer acceptable in this day and age.

A more coordinated and cohesive approach can not only save time and money on these multi-billion dollar pipeline projects, but can also help reduce the risk of negative publicity and the resulting impact on corporate reputations. More importantly, it can reduce the stress and heartache experienced by affected landholders and communities.

Secondly, pipeline proponents, contractors and even their subcontractors must remain fully aware of the importance of community engagement or ‘social license’ to operate.

No matter how big or small one’s role in a project, it is critical that everyone is aware of their impact on neighbouring landholders and communities. This is particularly critical during the intensive construction phase.

The onshore gas industry already demands a strong workplace safety culture from its company and contract employees, and likewise it must demand a strong culture of social license.

Like safety, if social license and community engagement become embedded values or measurable performance indicators for individuals, teams and companies, I believe this will not only enhance corporate reputations, but will also assist project bottom lines by reducing the delays and costs arising from disputes with landholders and communities.

Thirdly, it should be recognised that these pipelines or ‘energy highways’ have ongoing impacts well beyond the construction phase.

Issues such as erosion, subsidence, weed management and operational activities along the pipeline easement need to be handled carefully and respectfully with landholders.

After all, the rehabilitation and ongoing management of these pipeline easements in the years and decades to come represent the lasting legacy of the project.

I have inspected many of the rehabilitated areas across southern and central Queensland and spoken with impacted landholders. Some still have a bitter taste in their mouths over the way they were initially dealt with, while others have reached satisfactory outcomes.

What is clear is that the reputation of the pipeline industry and the onshore gas industry as a whole is very much dependent on taking a whole-of-life project perspective.

Whoever ultimately owns and operates these pipelines has a responsibility to respect and engage with the landholders and communities who, through no fault of their own, are living alongside these pipelines and have to coexist with them for many years to come.

Queensland is leading the onshore gas industry revolution in Australia and the pipeline industry in this state will continue to grow and develop these diverse gas reserves.

A major focus for the GasFields Commission is to get out in front of this onshore gas industry expansion and provide landholders, local councils and communities with relevant information and contacts to understand their rights and opportunities.

The GasFields Commission continues to support landholder negotiation workshops run by AgForce Queensland. Over the past couple of years more than 70 workshops have occurred, attended by some 2,000 landholders across regional Queensland. 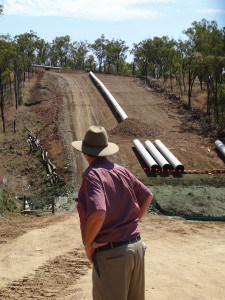 My fellow commissioner, Don Stiller, whose family has negotiated multiple conduct and compensation agreements with resource, pipeline and utility companies, has shared his top negotiating tips as part of the Commission’s broader landholder education push.

There will be ongoing need for a community engagement and education effort, not only for the existing Surat Basin CSG-LNG export projects, but also for the number of other potential onshore gas and pipeline projects currently under consideration in Queensland.

For example, the Bowen Basin to Gladstone pipeline and other potential pipeline projects (intended to service the emerging shale gas industry stretching from Burketown in the northwest to the Cooper Basin in the far southwest), will hopefully heed the lessons of the Surat Basin experience.

In order to continue to operate and grow in Queensland and beyond, the onshore gas industry must work hard to build and maintain its social license and to better explain to all consumers where their energy comes from. 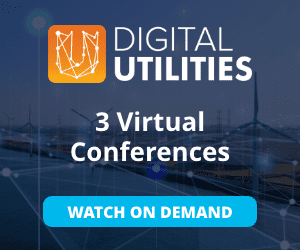