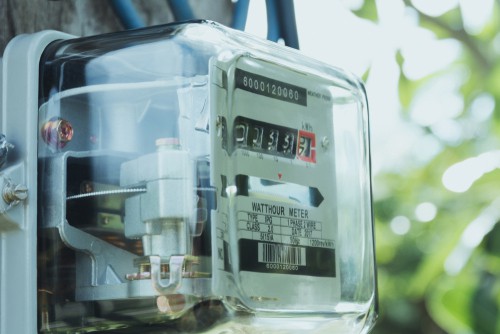 The Australian Energy Market Commission (AEMC) has called for submissions on a draft rule to allow customers to have more of a role in deciding when their electricity meter is installed or upgraded.

If passed, the rule would mean that retailers would have to provide new smart meters on a date agreed with customers.

If no date is agreed, retailers would be required to install new meters within six working days after a property has been connected to the network.

AEMC Chief Executive, Anne Pearson, said the proposed changes would give consumers more power and certainty over when their meters will be installed, and provide a strong incentive for retailers and network businesses to achieve the new mandatory timeframes.

“About 1000 meters a day are being rolled out without any problems for most people,” Mrs Pearson said.

“More than 500,000 smart meters have been installed in New South Wales, South Australia, Queensland, the Australian Capital Territory and Tasmania, since changes were made by the AEMC to enable consumers to request smart meters directly from their retailers.

“While this roll-out has been seamless for the vast majority of consumers, in some cases retailers have been too slow to have new meters installed, causing issues for homeowners, particularly in cases where this prevents them from moving into their new homes.

“That’s not good enough, so we’re stepping in to give consumers more power and certainty with enforceable new timeframes in the least costly way.”

Mrs Pearson said customers in South Australia have been most affected by the changes, as they have been particularly quick to request smart meters. Communications between the network and retailers must also be improved in that jurisdiction.

“The take-up of smart meters has been faster than anticipated, driven by both consumers and energy companies,” Mrs Pearson said.

“Giving people access to smart meters, which they didn’t have in the past, means they can better control their energy use and costs, and will make those vexed estimated meter reads a thing of the past.”

The draft rules place new obligations on network businesses as well as retailers. Networks would have to notify retailers as soon as they have completed connection work. They would also be required to use AEMO’s already established B2B e-hub, an industry-wide online booking system, to coordinate with retailers on key stages of the installation process.

Under the AEMC’s draft rules, retailers and networks would be required to meet the new timeframes from 1 January 2019 to allow time for those impacted to prepare for the changes. The AEMC is also recommending that the COAG Energy Council approves new civil penalties to protect customers if retailers or network businesses do not meet these new deadlines.

In the meantime, the Australian Energy Market Operator, ombudsmen and state governments will continue to work with retailers and distribution businesses to improve processes and clear the backlog so customers get their new meters quickly.

Stakeholder submissions on the draft determination are due by 25 October 2018.