Dealing with high levels of grease in wastewater 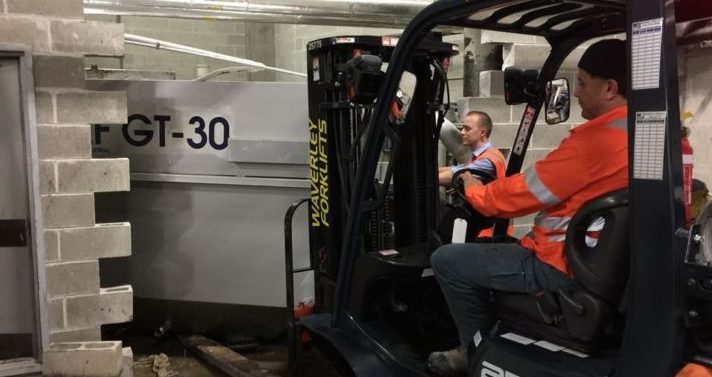 With the increase in volume of greasy wastewater being discharged to sewers, there are two main issues to consider: the discharging of grease to sewers resulting in pipe blockages, and the increase in the grease load to downstream sewage treatment plants.

Compounding the problem is the number of food courts with multiple food outlets and commercial kitchens located together in large shopping centres. Based on the traditional ‘bums on seats’ calculations, most of the large food courts are required to install multiple grease arrestors to handle the high flows.

Usually fats, oils and greases (FOGs) are removed by conventional grease traps in food courts but with the increase in the size and number of them combined with the use of outdated systems, such grease traps may not capture all the FOGs which can result in the above-mentioned issues.

While advances in design are often the solution to such challenges, since the 19th century – when Nathanial Whiting obtained a patent on the first-ever grease trap – the design of grease traps has not changed much.

So Hydroflux came up with a separation device that was more energy  efficient, smaller in size and designed specifically for the treatment of greasy wastewater from food courts.

The Hydroflux GT-DAF is an ideal solution for new developments. The unit is usually installed at a lower level of the complex so that all wastewater from the food outlets gravity flows to the system without the need for multiple pump stations.

Hydroflux’s GT-DAF was the first of its kind in the industry, incorporating the best of traditional GT and DAF systems. It features a two-stage separation process which involves a free grease gravity separation stage followed by the addition of dissolved air and demulsification agents.

The Hydroflux GT-DAF system, which most consultants now specify, is excellent at removing oils and grease from wastewater, is a viable alternative to a grease trap and is preferable to traditional DAF systems. It can be up to 30 per cent smaller in size and deliver energy savings of up to 50 per cent.

When Hydroflux realised the advantages the GT-DAF design had over grease traps and traditional DAF systems, it took out a patent on the unique system.

The purpose-designed unit performs better than both a grease trap and a typical DAF, and the benefits to customers are three-fold.

It focuses on minimising the size of the unit, improving performance and, overcoming operational problems of conventional systems.

Hydroflux has already installed 10 GT-DAF units in Australia, several of them at Westfield shopping centres.

A Hydroflux GT-DAF on the back of a truck in Sydney is a familiar site these days. There are over 10 units operating in the CBD area.

This partner content is brought to you by Hydroflux Group. For more information, visit https://www.hydrofluxindustrial.com.au/product-item/shopping-centers/.