James Myatt isn’t afraid to disrupt a market. As co-founder and former CEO of Mojo Power, he showed the utility industry an alternative model for power retail – one which he firmly believes modern utilities will need to adopt in order to thrive in a rapidly changing energy market. We sat down with James to get his views on where this changing market is heading, and what retailers will need to do to keep up.

Mr Myatt’s career in the energy sector spans more than two decades across Australia and the US. Over this time he has seen the industry grow, change and expand, and in 2015, he launched Mojo Power, introducing Australians to a world-first system of purchasing energy: power by subscription. 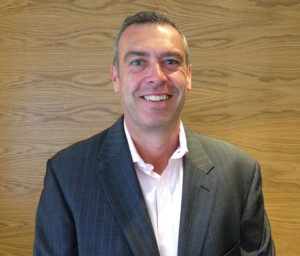 For Mr Myatt, the standard energy retail model, where profit is linked to consumption, did not make sense in a market with rising renewable options. Rather than sit back and wait for change, Mojo launched its own model of energy sales.

The Mojo model has consumers pay a subscription fee to access power at wholesale prices. Profits are not bound up with consumption, and the wholesale rate means savings for consumers.

Mr Myatt believes other retailers are likely to follow suit and revisit their own models of charging for power. As consumers are encouraged to purchase less from the grid and substitute their power needs with energy from solar and batteries, Mr Myatt believes standard consumption is likely to drop and linked profits will do the same.

“I think ultimately retailers are going to have to adjust their model to be something like Mojo’s. The Mojo model essentially divorced profitability from consumption,” Mr Myatt said.

“Every other retailer derives their profit from how much energy their customers use from the grid – the more kilowatts that someone used, the more profit they made. That’s a challenging model when you have a substitution threat coming.”

Since leaving Mojo in July, Mr Myatt has been consulting with other energy retailers and businesses in Australia and overseas and said energy substitution options will force change in the industry.

“I think retailers are going to have to reinvent themselves ultimately to follow a model where a customer pays for a service, rather than just for how much energy they use from the grid,” said Mr Myatt.

Like many industries before it, technology is a large driver behind the change in energy retail. As we have seen with banking, print media, taxis and the music industry, technology can create options that have never been considered.

Mr Myatt said the threat to electricity company profits began with solar, but is really being accelerated with the advancing development and use of batteries.

The old retail model has faced no major threat since its inception, as consumers had little choice but to buy their power from one of the main retailers selling from the grid. Mr Myatt said that consumers now have the choice to engage directly with the energy market through the use of solar and batteries.

Mr Myatt said the challenge for existing energy retailers is to find a way to integrate and adopt new technologies, which may mean developing an entirely new billing system.

“It’s a massive challenge for the existing retailers with their current billing systems, which will need to evolve.

With substitutions being a relatively new and untested threat to the current power model, retailers are faced with the challenge of not knowing how quickly they need to adapt to the change, and where they should be focusing their efforts to remain competitive. Mr Myatt said energy retailers should be considering how much of their business is under threat and what timeframe they have to work with.

“I think it is a big challenge for them to think about how they do this. I would assume they’re all starting to question themselves about what is this model of the future.

“Do we need to acquire businesses, do we need to develop technology internally ourselves? But I think one thing’s for sure, that they won’t be able to sit with the same model for an extended period of time without adapting it. I think they’ve got to do something.”

Mr Myatt also has considerable experience in the US energy retail market as one of the founders of Texas-based energy retailer Entrust Energy. According to Mr Myatt, while there are large variances between the US and Australian energy markets, Australia is the market that is at the forefront of change when it comes to energy retail.

This is partly due to the fact that Australian consumers are more engaged with the energy market due to the higher prices consumers are faced with. The low cost of energy in Texas, thanks to low gas prices, mean there are fewer opportunities for renewable energy to hit that market.

However Mr Myatt said that other US markets, such as California, currently have a strong drive for renewable energy; while New York and other north-eastern states of the US are seeing trials of innovative energy retail models due to higher consumer engagement.

However, while Australian consumers are more engaged and aware of the energy market, there are still a lot of people who haven’t switched between retailers. Mr Myatt believes confusion with energy pricing and discounts plays a part in this.

“I think there’s definitely been an issue in the confusion in energy retail offers, and the way that the marketing occurs, particularly in things like discounts. Headline discounts, 20 per cent off, 30 per cent off. There is no reference rate, so it’s off what?

“That was one of the essences of the Mojo models and some of the other models that are coming out and trying to create price transparency, and make it more simpler for consumers to understand what they’re getting in a fairly low involvement product category.”

“That’s maybe why you’ve seen people who haven’t switched to a lot of retailers. It probably does play into the hands of incumbents a little bit to keep confusion in the marketplace, so people are more nervous about switching away,” Mr Myatt said.

The next steps for energy retail

It’s not just current energy retailers who stand to hold a place in the future industry. Mr Myatt predicts we may see unexpected companies delving into the energy retail market, with companies such as Google, Amazon or Apple having the potential to create waves in the industry.

“We’ll see some unusual players starting to enter into that marketplace that maybe we weren’t really looking at. Perhaps it may be a battery manufacturer that will step up into that space and offer an integrated offer. Or maybe it will be someone more left field than what we were probably initially thinking,” Mr Myatt said.

Advances in technology are forcing energy retailers to adapt, and Mr Myatt said changing will be inevitable for those retailers who want to survive in this market.

“The fact is, these new technologies are here. In particular, solar and batteries are becoming a stronger proposition. They’re here to stay, so retailers have to understand how they’re going to integrate and adopt them. They need to have a strategy for how they’re going to try and integrate those and manage them.”