From Kalbarri in the north, Albany to the south and Kalgoorlie to the east, Western Power safely and efficiently operates and maintains 101,097km of powerlines for its customers. The network is the size of the United Kingdom, but supported by just one million customers, so Western Power is consistently evolving and adopting new technologies to support efficient operation of the network.

Western Power has used mobile technology to support fault response and scheduled asset inspections for a number of years – something that is typical in the utility industry. However, Western Power’s planned and scheduled work methods were labour-intensive and paper-based, requiring significant manual resources to process jobs, and collate and update data.

For example, each planned job required support staff to prepare a paper pack with job instructions, work practices, maps, materials lists, photos, data sheets, commissioning sheets and permits. Multiple visits to site, lost papers and handwritten notes were just some of the challenges that made manual preparation frustrating and inaccurate.

Once the job and paperwork were completed, the paper pack was scanned and manually entered into Western Power’s core asset management enterprise systems, such as Ellipse, SPIDA and GIS. This created a large data entry responsibility, and the data quality was questionable.

At any time, there were approximately 25 per cent of missing datasheets that had not yet been processed, with an average six to 12 month delay for manual data entry. At one point, 4000 power poles were not registered in the system and, in some instances, crews were dispatched to replace a pole when the work had already been completed. 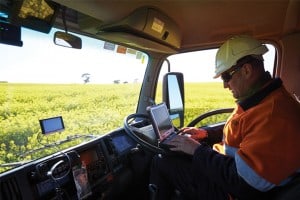 FMS has been progressively implemented since it was first introduced in 2016, when electronic datasheets were introduced for overhead distribution maintenance work.

Western Power noticed an improvement in timeliness and asset data quality immediately and in mid 2017, the implementation was expanded to include the project driven overhead distribution asset repair and replace work.

In mid 2018, the FMS system was further expanded to fully electronic work packs for all overhead distribution maintenance work, removing all back office administration for the collation of work documentation, pre and post job. FMS also was extended to include overhead transmission maintenance jobs and streetlight fault repair.

For Western Power, the benefits of FMS have been extensive. The FMS mobile app has enabled the utility to:

The impetus behind the FMS program was cost savings, but Western Power has seen far greater benefits. Electronic datasheets are prepopulated from stock codes, resulting in data quality within a validated range.

Asset information that is captured as part of the process is inclusive of equipment register updates, including asset defect completion, and photos are sent through to all supporting enterprise systems in a timely manner.

The greatest value, however, has been through the integration of data.

Western Power has found a way to capture data at the source, once, and deliver it to all enterprise systems, improving the efficiency of business operations.

Looking to the future, Western Power is planning to have additional work types available on FMS. In February 2019, the advanced metering infrastructure deployment tool will extend the use of FMS to its metering work, marking the first time FMS will be used by the utility’s contract delivery partners.

From May 2019, the benefits of digitising the asset datasheets will be extended to Western Power’s fault work as well. This means, if an asset is replaced as a result of a fault, the systems will be updated overnight, which should further reduce instances of work order creation for assets that have been decommissioned.

FMS has delivered more than $16 million in accrued savings to date.