Easing the pressure on the peninsula 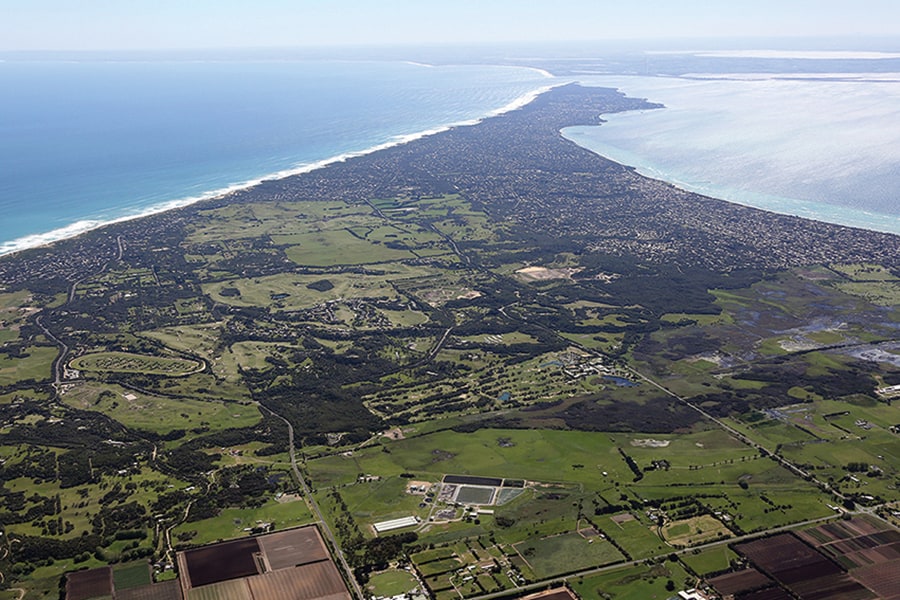 Melbourne water retailer South East Water is at the helm of one of the largest pressure sewerage constructions in Australian history, bringing its award-winning innovative sewerage control and monitoring systems to residents of the Mornington Peninsula.

The population of the Mornington Peninsula is steadily growing and peak summer periods see a sudden influx of residents to its large number of holiday homes. As a result, the region’s septic tanks take quite a thrashing from surges in usage. Ageing, failing and poorly maintained septic tanks have resulted in waste polluting groundwater, waterways and the environment. To address the issue, South East Water is rolling out one of the largest projects of its kind in Australian history.

Across the peninsula, from Rye to Portsea, South East Water’s $357 million Peninsula ECO project will connect more than 16,000 properties (which currently rely on septic tanks and onsite treatment plants) to a new pressure sewerage network. Due to the size of this undertaking – over 230km of pipe will be installed in an accelerated time frame of 30 months – the project was divided into ten stages, each covering different areas.

Construction began in November 2013 and, if all goes to plan, will ultimately conclude when Blairgowrie is connected in July 2016. South East Water General Manager of Asset Creation, Charlie Littlefair, said the project’s integration of a novel approach to design, new technology and trenchless drilling, has helped cement the retailer’s status as a forward-thinking corporation.

“This project really is a first of its kind in terms of design, construction and technology. The capital investment savings made possible by utilising pioneering technology to allow for downsizing of reticulation networks and transfer mains are significant.” Before the project began, an Environmental Impact Assessment was undertaken, to consider areas of high environmental importance or sensitivity. Various construction options were examined during the design phase of the project. Ultimately, due to the project’s scale and nature, horizontal directional drilling (HDD) was the best choice for the construction and installation. The project marks the first time HDD has been used on a pressure sewerage network of this scale in Australia, with key contractors Zinfra and Interflow delivering 230km of reticulation pipeline.

“Trenchless drilling is well suited to the soils of the peninsula. The pipe sizes are relatively small compared to conventional gravity systems and constructing in this manner means that our surface disturbance and environmental footprint is minimal,” said Mr Littlefair.

“Our contractor’s crews are averaging 130–150m of installation per day. We’ve had customers contacting us wanting to know when the pipes will be installed, to which we were able to tell them it has already been constructed, they just didn’t realise,” said Mr Littlefair.

South East Water’s commercial arm, iota, developed the innovative OneBox system which forms a central component of the peninsula project. This system incorporates a remote control telemetry system to monitor  and coordinate individual pressure sewerage pumps at each property, which transforms an otherwise standard pressure sewerage system into an intelligent network. OneBox remotely monitors and controls a property’s pressure sewerage pump unit. This means that sewerage network operators can diagnose issues in real-time from a system-wide perspective, right down to a street and individual property level. This can all be done from a desktop or smart phone and allows operators to control flows within the system, reducing the strain on pump stations by ensuring steady flows. In times of high rainfall when sewerage systems reach peak, the pressure sewerage pumps can be slowed or shut down to allow the gravity system peak to pass.

“The ability to report pressure pump activity assists in determining peak flow demand, meaning transfer system management becomes more flexible. We often see wide variations in flows through the system during peak holiday periods. To smooth these flows, manage capacity and rectify faults before they impact customers, we need to have a high level of visibility and control over our system – OneBox provides exactly that,” said Mr Littlefair.

“This is a radically different approach to designing an infrastructure system. Utilising this patented technology has enabled for the downsizing of the reticulation network and transfer mains. Due to this method, the Peninsula ECO Project has seen a 30 per cent saving in reticulation construction costs with the significant capital investment savings allowing for properties to be serviced at a lower cost.”

The technology integrates with the retailer’s supervisory control and data acquisition (SCADA) network, which operates with coded signals over communication channels. The network facilitates instant access to information on tank storage capacities, power failures, blockages and faults. The information allows the retailer to take customer service to a new level, potentially diagnosing and resolving any issues before a customer even knows there is a problem. The technology received a Global Honour Award at the International Water Association (IWA) Project Innovation Awards, held in Korea in 2012.

“The data received from OneBox has also supported the identification of leaks on customer properties, which might otherwise remain undetected. In one instance, the data transmitted from the technology indicated a property’s sewerage pump had activated well above normal pump cycles. As a result, we contacted the homeowner to recommend a leak analysis, which established that a toilet had been running continuously, adding unnecessarily to the resident’s bill,” said Mr Littlefair.

“This technology really has the potential to not only revolutionise  communities traditionally reliant on septic tanks, but the way water and sewerage corporations plan, design and operate sewerage schemes. We are very excited about the future of this innovative technology.” 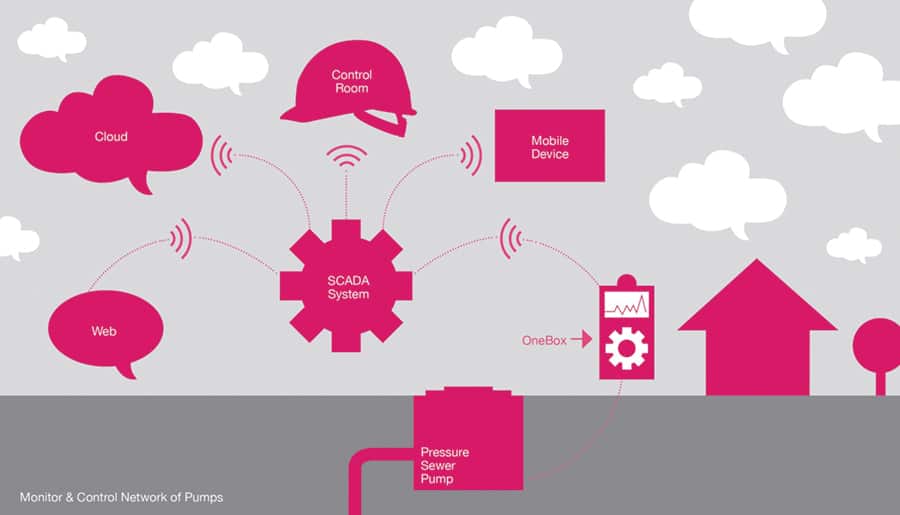 ECO and taking the connection regional

As part of the project, an Early Connection Option (ECO) is offered to enable customers to connect to the sewerage system up to 16 years earlier than scheduled. The ECO is available in addition to the scheduled rollout. Customers don’t have to connect early, but can opt for connection and pay an early fee, which varies according to the location of the property and the month in which they choose to connect.

“By taking an ECO, residents can connect to the sewerage network over a decade earlier than through the scheduled rollout. This enables customers to take advantage of the benefits of a sewerage connection sooner, like utilising previously restricted land from a septic tank to build a pool or establish further housing development opportunities,” said Mr Littlefair.

“The Poowong, Loch and Nyora communities had been waiting for a feasible option to convert their septic tanks to a sewerage system. We were able to provide that opportunity, which made the project a first of its kind for us as we work outside our boundaries to deliver significant asset creation. We look forward to future opportunities in assisting our neighbouring water corporations to deliver solutions for their communities.”