The Clean Energy Council’s latest survey, The Clean Energy Outlook, showed that confidence in renewable energy has fallen from the highs of previous years. It put the following question to three senior leaders working in the renewable energy industry: what do you think are the most important things needed in order to unlock the next wave of prosperity for the industry? 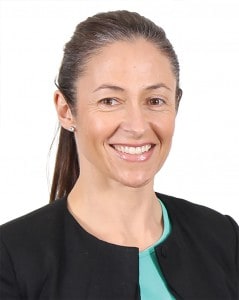 Australia has been a world leader up until now in the transition to a low carbon energy future. With record-breaking investment of $24 billion in the past two years alone, Australia now generates 20 per cent of its power from renewable energy.

However, for Australia to continue to prosper and allow further growth in renewable energy – and bring wholesale electricity prices down – similar large-scale investment needs to be made to unlock a wave of new transmission projects. This will help to counter constraints on transmitting power to where it is needed most and introduce significant large-scale energy storage to exploit the benefits from the ‘duck curve’ (low/negative pricing events) – as well as balancing the demand for electricity with the production and dispatch of renewable energy.

Without unlocking critical electricity infrastructure projects or reimagining the network required for the future, investment in renewable energy projects and availability of power purchase agreements will be further impacted.

In the absence of a robust vision and energy policy, the next release of the Australian Energy Market Operator’s (AEMO) Integrated System Plan (ISP) is highly anticipated. The plan will outline five possible scenarios, each based on a different set of policy drivers impacting the rate of the energy transition. The first ISP draft has been fundamental in identifying interconnectors, renewable energy zones and substation upgrades that are required to accommodate the transition to renewables.

To unlock the next wave of prosperity, our industry needs:

I am entirely confident that if our talented and driven industry continues to come together to collaborate, we will help to solve some of the industry’s most complex challenges to unlock the next wave of prosperity. 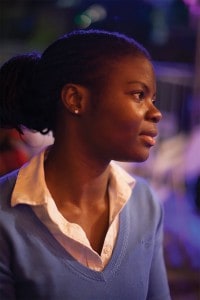 According to the Australian Energy Market Operator (AEMO), Australia has an impressive 45GW of proposed wind, solar and battery projects currently seeking connection to the national grid. These are projects that have met most of AEMO’s commitment criteria which considers land, major component commitments, environmental and regulatory approvals and a firm commercial use date. However, AEMO only connected around 3GW of large-scale wind and solar in 2018. The remarkable discrepancy between the MW volume of proposed projects vs. the actual volume connected is largely attributable to a few factors.

The second and third points above are outside of AEMO and Australian Energy Market Commission (AEMC) jurisdiction, however the same cannot be said for item one.

Although there are a number of projects commencing or under construction, it is clear that the number of new projects reaching financial close has slowed due to a variety of reasons such as:

It should be noted that these system strength remediations are often prescribed by network operators at the tail end of connection negotiations, incurring additional costs and, for inexperienced developers, often resulting in long delays. All these issues have compounded, making some investors pause in their quest to better understand the risks associated with grid connections.

Australia requires urgent action to build new generation infrastructure to replace aging coal plants and to reduce its carbon emissions in line with the country’s Paris targets across all sectors of the economy. There is a resulting need for new investment triggers, incentives and price signal alert mechanisms for investors to relieve network constraints, as well as improving MLF ratings and system strength. This must be coupled with AEMO’s centralised network upgrade plans in order to create a network that fosters a thriving renewable energy sector.

Relieving network constraints in the immediate term remains a hurdle. One of the challenges is that wind and solar farms can be built and commissioned in 12-24 month timeframes, whereas the transmission infrastructure needed to rectify network constraints can take three to five times as long. Notwithstanding all this, there is optimism within the industry, the business sector and some areas of government that overcoming these challenges will recast the potential of the renewable sector for the coming years. 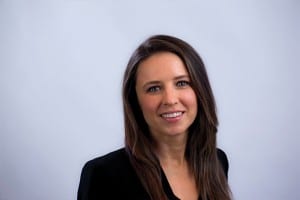 Australia has a flourishing renewable energy industry. Wind, solar PV and (to an extent) storage technologies are proven, available and cost-competitive. Home-grown expertise has been developed, and an influx of expats have moved home to Australia’s sunny shores, bringing their renewables expertise from Europe. Investment and build-out have been at record levels.

Much of this build-out has been spurred by the revised Renewable Energy Target (RET) which was passed by Federal Parliament in 2015 with bipartisan support. The RET has already been met, and the industry’s thoughts are naturally turning to what comes next.

The three key requirements to unlock the next wave of renewables investment are:

Infrastructure investors typically seek predictable, long-term returns. This requires reasonable certainty over what price will be obtained for every MWh that is generated.

The Federal Government needs to fill the energy and climate change policy vacuum. This should help unlock further investment and jobs in Australia’s renewable energy industry and put downward pressure on electricity prices. The exact mechanism – such as a carbon price, an expanded RET or a National Energy Guarantee – is less important than the existence of a long-term policy.

Grid stability and connection issues are posing an increasing risk for developers and investors. Delays in network access and uncertain regulatory requirements are difficult to navigate. A planned transformation is needed to support the efficient development, connection and operation of renewable energy projects. AEMO’s 2019-20 Integrated System Plan will hopefully provide clarity on how this will be delivered.

Finally, recent year-on-year variations in MLFs have materially reduced existing asset values and resulted in revenue that is highly unpredictable. This uncertainty means that investors will require an additional risk premium to be applied to any new investments. This is expected to increase the cost of capital associated with future projects, which may increase electricity prices. Immediate changes to the current MLF framework are required, such as through the adoption of an average loss factor approach. It is reassuring to see the industry working collaboratively with regulators to resolve these sorts of issues.

In support of its commitment to the Women in Renewables Leaders’ Pledge, the Clean Energy Council has compiled the industry’s first Speakers Guide to promote gender diverse panels.

The guide is designed to showcase the breadth, expertise and knowledge offered by women in the sector, and address the lack of female representation on panels and in speaking positions.

All three of the women featured in this article can be found in the Women in Renewables Speakers Guide.