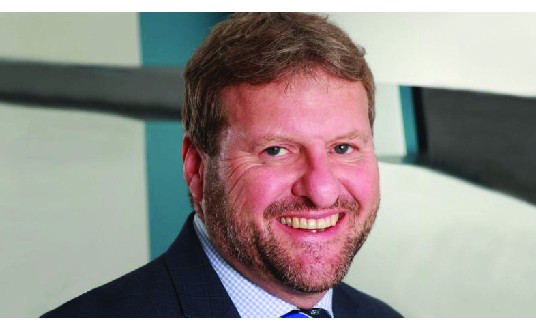 Guy Chalkley has stepped up to the position, following his appointment as a board member in December 2019. He will take the reins from Interim CEO, Leanne Pickering.

Prior to joining Western Power, Mr Chalkley worked for a decade at Veolia Water and Thames Water in senior finance and regulatory roles. He is also a Leadership WA 2013 Alumni, graduate of the Australian Institute of Company Directors (AICD) and a Fellow of the Association of Chartered Certified Accountants (FCCA).

Endeavour Energy’s Chairman, Robert Webster, said Mr Chalkley was a highly regarded energy industry leader and influencer, and a member of the Energy Networks Australia Board.

“He brings a wealth of international, financial and operational experience gained across a diverse range of sectors operating in Australia, Asia, Africa, Europe, and North and South America,” Mr Webster said.

Reflecting on events since his appointment, Mr Chalkley said he did not foresee how different the world would be in April 2020 when he was offered the role in December 2019.

“Things look very different today for Endeavour Energy, our customers and the rest of the world. Business-as-usual has been torn up and it’s fair to expect the world as we knew it will not return as we embrace new ways of working,” Mr Chalkley said.

“I can already see and feel the way Endeavour Energy has quickly, innovatively and proactively adapted to this new normal as individuals, as teams and as an entire business.

“It gives me a great sense of pride and confidence that we can quickly position ourselves as one of the leading network providers in the future.”

Mr Chalkely also noted that the energy sector was changing rapidly in the areas of customer choice, new technology, the use of data and the way Australians undertake their day-to-day jobs.

Saying he was looking forward to working with Endeavour Energy’s Board and Executive Leadership Team, Mr Chalkley said he would have to wait a little longer to meet the company’s 2,300 employees in person.

“I would especially like to acknowledge the way in which Interim CEO, Leanne Pickering, has owned and successfully steered the company in some of the most trying situations that you could have been thrown,” he said.

“I am delighted that Leanne will continue as a valued member of the Executive Leadership Team as General Counsel, Company Secretary and Interim General Manager, Strategy and Insights.”