In a very short space of time, energy storage has become one of the most critical topics facing energy utilities around the country. We caught up with Australian Energy Storage Council (ESC) Chief Executive John Grimes to hear his thoughts about how the industry is developing, and to gain insight into how utilities can work with this emerging technology, rather than against it. 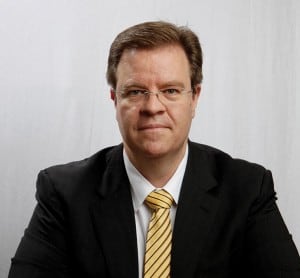 It’s been a busy 12 months since the ESC launched last year. Can you tell us about some of the biggest changes the storage industry has seen over that time period?

The past year has been all about laying the foundations for a successful, long-­term energy storage industry.

We have worked with the industry and government to develop standards and guidelines to make sure energy storage products are inherently safe, installed professionally, and deliver the performance consumers expect.

Another focus has been consumer engagement. It is important that consumers are given clear, factually correct information on competing systems so they can make an informed buying decision.

Consumers also need realistic expectations on what impact energy storage technology will have on them financially. The energy storage industry has invested a considerable amount of time this year in providing clear, unbiased and useful advice to consumers.

We are committed to a fair and competitive electricity market. Influencing market rules has been another key focus, to ensure consumers can use this new technology to their financial advantage, and our members are not ‘locked out’ of driving innovation in the energy sector.

Australia is now one of the top five distributed energy storage markets in the world. Why do you think the uptake of storage technologies has been so rapid here?

Australia will be the first major developed economy in the world where behind­-the­-meter household energy storage will make economic sense.

Electricity costs in Australia are high. Over 1.5 million Australian homes have solar PV on their rooftops. And premium feed in tariffs in New South Wales, Victoria and South Australia are all coming to an end. Combined with very low feed in tariffs paid in the future, all of the ingredients are ripe for an explosion of behind­-the­-meter energy storage systems.

Imagine this as a typical scenario. A householder installed 7kW solar PV in New South Wales at the beginning of the premium solar feed in tariff ($0.60c/kWh). Their system is now well and truly paid off. But they work during the day. So they are exporting two thirds of their solar production to the grid, for which they are paid $0.06c/kWh.

There are two options. Be paid a pittance or install a battery that will collect your excess solar energy during the day and make it available at nighttime. In the customer’s mind the solar energy is free. The system has been paid off.

So, the only cost is in the battery system, and if the cost of the batteries is less than say, $0.35 per kWh, they would be crazy not to do it.

And today, we have a suite of members who can provide home­-based batteries at well below this cost. That in turn will create economies of scale in the energy storage market in Australia. Just as we saw with solar PV, as you drive economies of scale, prices reduce accordingly.

And of course Australia does not live in a bubble. The rapid market uptake of electric vehicles globally will also drive competition and economies of scale in this market. China alone has a target of ten million electric vehicles by 2020. That’s two million vehicles (read vehicle batteries) that need to be produced every year between now and 2020.

And that is just one market.

So it is probably only a two-­year cycle from where we are today to the start of mass-­market demand for this technology.

What advice do you have for utilities who are working on the integration of solar and storage into their existing operations?

Innovation disruptive technology is not new. We see it in nearly every aspect of our lives. The energy sector, however, has not seen disruption for the past 80 or 100 years. Monopoly or semi­-monopoly players provided the essential service of energy on behalf of the community.

Today new technology literally puts power into the hands of the people.

Attempts to stop the uptake of energy storage are likely to have the reverse effect. Australians feel frustrated and disenfranchised when it comes to energy. And rising power bills exacerbate the problem.

So as draconian policies are put in place, customers respond emotionally, and it intensifies their interest in becoming more self- sufficient.

Most utilities are in serious danger of turning their customers into their competitors. You can’t outrun the market. The only solution for the energy sector is to embrace this new technology and become an energy partner working with customers, not against them, to get the best outcome for them.

For energy companies that believe they are the centre of the energy market, and ignore or punish their customers, their long-­term commercial success will not be assured. They will not survive.

What are utilities doing well when it comes to the integration of storage technologies? What could utilities do better?

Those who are looking at domestic behind­-the-­meter solutions are being swamped with customer interest and enquiries. Most have not yet figured out a business model to allow them to profit in this sector.

Those who do, however, will be the market disruptors for the energy market in the same way that Uber disrupted the taxi industry.

What role is the grid going to play in Australia’s future electricity landscape?

The grid is good. The grid is an important community asset. It is imperative now that we imagine the grid of the near future.

Increasingly, this grid will be bidirectional, service a wide range of small distributed generation assets (read solar PV systems), and be driven by data and complex algorithms (i.e. it will be smart).

Imagine the future where the grid facilitated ‘peer­-to-­peer’ electricity transactions. One neighbour, selling another neighbour excess solar power during the day. A community selling solar power to the local supermarket.

Now, think of the grid as the telecommunications backbone of the internet.

If a grid operator could not make money by charging a transaction fee for every electricity transaction that they facilitate, then they should simply not be in business.

The world’s best investor Warren Buffett recently said that energy sector disruption will result in the largest transfer of wealth ever in the history of the world.

What are your predictions for the next 12 months in the storage space?

The last year was about laying foundations. This year is about starting to build the infrastructure. We will see domestic energy storage system sales go from around 200 per month to 1,000 a month or more.

And then we will start to hit a critical mass.

When neighbours in the suburbs talked over the back fence, and one told the other about how much their solar PV system had slashed their power bill, solar sales skyrocketed.

The next neighbourhood conversation about home­-based batteries will have exactly the same impact. “Can you believe that I am now 80 per cent self­ sufficient in power?” Then the market really moves.

But at the same time the future is not inevitable. What path we head down will have implications for us locally. And the rest of the world will be watching.