EnergyAustralia’s ON incubates household energy for the future 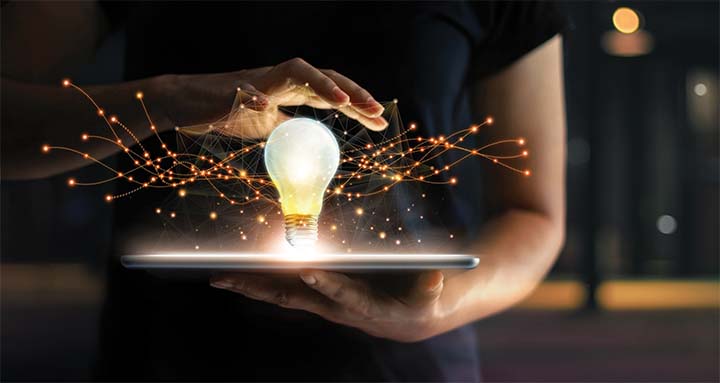 What happens when product developers and customers get together to look at how household energy could be better? Easier, more modern energy services that save customers time and money. Through its new customer innovation platform, EnergyAustralia customers will be able to participate in trials to help shape the retailer’s future products and services.

Customer platform, ON by EnergyAustralia, was quietly launched towards the end of 2019. Its aim? To explore how household energy could be made better.

ON uses customer insights to develop solutions that are then trialled before becoming widely available.

“We want to make sure the products and services we’re creating for our customers are ultimately making energy simpler, more affordable and more intuitive for them,” said Sofia Kolyvas, who oversees ON.

In November 2019, ON was powered up, with its first slate of products and services aimed at ensuring energy bills did not arrive with any unwanted surprises.

“Bill shock is our number one customer gripe, so it was absolutely the first problem we wanted to solve,” Ms Kolyvas said.

Inspired by mobile phone plans, Easy Plan and Easy Plan Plus marked a step away from traditional rate-based plans where customers are charged for their energy usage by the kilowatt-hour or the time of day.

Instead, for a regular monthly price, customers can either choose to purchase a set amount of electricity under Easy Plan or for a few dollars extra, choose Easy Plan Plus that includes all their usage.

Ms Kolyvas said with all electricity usage included, customers can personalise their plan’s monthly price based on how much electricity they use and where they live.

“For example, under the plan, a four-bedroom household in Western Sydney using around 10,150kWh a year would pay a flat monthly fee of $210 a month if they chose the large plan over 12 months.

“Just as a customer may occasionally need to top-up the data on their phone plan, if an Easy Plan customer goes over their included monthly usage allowance, they will be automatically topped up with an additional 36kWh of electricity for $10.

“Unlike most mobile phone plans, any unused energy is automatically rolled over into the next month, or whenever the customer needs it, to ensure nothing goes to waste.”

Ms Kolyvas said that close to one year since launching, customers are saying the subscription trials have made it easier for them to budget, particularly during times when energy use can fluctuate.

“Customers can set and forget but still have the benefit of protection from unexpected high energy bills, a common occurrence during summer and winter,” Ms Kolyvas said.

“They also appreciate the ability to receive regular usage alerts and the option to scale up or down their plan, should their household numbers change, or they believe more energy will be used in the transition between seasons.”

Currently only available in New South Wales, Ms Kolyvas said the decision has not been made whether the plans will be offered in other areas.

“We hope so. The feedback so far has been positive, which suggests that customers are craving more options outside of what energy companies have done in the past.” Unravelling the high upfront cost for household solar and batteries

Six months after Easy Plan came another trial in NSW: Solar Plus Plan, a two-in-one energy plan and solar and battery system. The ambition was to make solar more affordable and accessible for households.

“The breakthrough with Solar Plus Plan is that it avoids a major hurdle for many households considering a solar and battery system – the high upfront cost,” Ms Kolyvas said.

Customers who signed up were provided a solar and battery system that is maintained and managed by EnergyAustralia, alongside a competitive fixed-rate electricity plan.

The system installed at their home will join a network of other batteries working together to help stabilise the grid as part of a Virtual Power Plant.

At the conclusion of seven years, the customer becomes the system’s owner, allowing them to keep producing and storing energy for use throughout the day and into the evening.

Eligible households who signed up to the plan had a 5.6kW solar system and 13.5kWh Tesla Powerwall battery, valued at $15,350, installed at their home for no upfront cost.

“We saw a lot of households with solar installed come to us because of the simplicity of our plan and our tariff,” Ms Kolyvas said.

The Solar Plus Plan and Ultra Solar Plan trials have now come to an end, but EnergyAustralia plans to relaunch both products in due course.

What’s next for ON?

Ms Kolyvas said that with the foundations now in place, newer products can be launched through ON within a month.

“It’s been important for ON to have its own sense of identity through a different online platform,” Ms Kolyvas said.

“That separation provides the ability to see what’s resonating with customers. We conduct this research by looking at insights and the old fashioned, albeit most effective way, of hearing directly from them.

“Our promise is that we will keep trying out new approaches with the goal of putting customers in greater control over their energy use and in a way that saves money– and of course – without an unwanted surprise.

“We can’t promise to always hit bullseye when something new is made available on the platform, but we can always inch closer so long as we continue to listen to what customers are saying.

“In that sense, we view On by EnergyAustralia as a true partnership with our customers, and that’s a relationship we will always respect and value.”