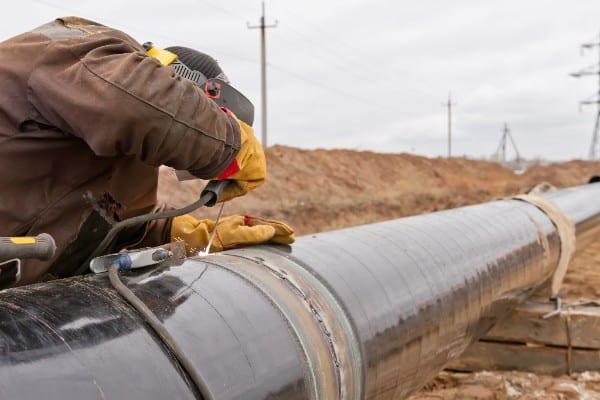 Esso Australia has begun construction of a new $400million pipeline near Sale that will create 500 construction jobs and ensure the continuing supply of natural gas to Victorian households and businesses.

As well as replacing an existing pipeline that was constructed in 1969, the new 187km pipeline is critical for the safe delivery of crude oil and condensate between Esso Australia’s Longford and Long Island Point facilities.

Nacap is expected to source the majority of the people, equipment and services required for construction from within Victoria and Australia, where possible.

ExxonMobil Australia Chairman, Richard Owen, said, “This major infrastructure project, together with the construction of the $1billion gas conditioning plant at Longford and the $4.5billion Kipper Tuna Turrum domestic gas project, is a testament to our continued commitment to safe, responsible operations in the Gippsland region.”

Esso Australia is part of ExxonMobil Australia, and its Longford pipeline replacement project will create jobs in earthworks, trenching, welding and surveying.

Victorian Minister for Energy and Resources, Lily D’Ambrosio, said, “This is a major project that will create around 500 jobs and benefit local suppliers with the majority of materials to be sourced locally.”

The project is part of a multi-billion dollar investment in oil and gas infrastructure in the Gippsland region by Esso Australia, which will deliver jobs and opportunities for local suppliers.

Member for Eastern Victoria, Harriet Shing, said, “I congratulate Esso for committing to source jobs, materials and supplies locally, where possible. This will have an enormous benefit to communities in the Gippsland region.”

The majority of the construction work on the replacement pipeline will take place on private land through six local council areas, including towns such as Rosedale, Traralgon, Yallourn, Moe, Trafalgar, Warragul, Koo Wee Rup and Pearcedale.

The pipeline is being constructed by Esso Australia as part of the Gippsland Basin Joint Venture, in which Esso Australia Resources and BHP Billiton Petroleum (Bass Strait) each have a 50 per cent interest.

Construction of the replacement pipeline is expected to be finished by early 2017.