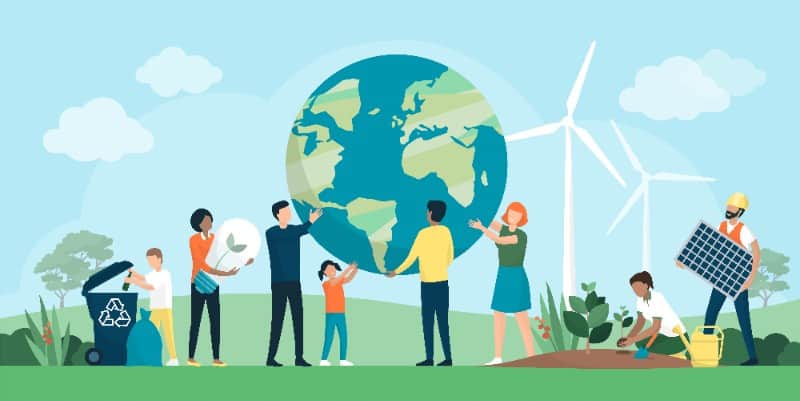 Following a series of workshops in the first half of 2020, the Australian Climate Roundtable (ACR) has released a statement saying that the far-reaching climate change risks to Australia must be reduced and managed.

The ACR is a forum that brings together leading organisations from the business, farming, investment, union, social welfare and environmental sectors. The ACR seeks to find ground on responding to the challenge of climate change.

The ACR said the public debate over the costs of increased ambition to reduce greenhouse gas emissions has too often been disconnected from consideration of the costs of climate change to Australia’s economy, environment and society.

The workshops brought the ACR’s organisations and members together with invited experts to better understand the emerging damage of climate change, including: recent and projected changes in climate; impacts on land, water and nature; infrastructure and insurance; human health, disasters and communities; and jobs, macroeconomic and financial stability impacts.

What the experts say

Climate change is already having a real and significant impact on the economy and community. Australian temperatures are increasing, extreme climate-related events such as heatwaves and bushfires are becoming more intense and frequent, natural systems are suffering irreversible damage, some communities are in a constant state of recovery from successive natural disasters, and the economic and financial impacts of these changes continue to grow.

Even with ambitious global action in line with the objectives of the Paris Agreement, Australia will experience escalating costs from the climate change associated with historical emissions.

These costs will be significant and will require a concerted national response to manage these now unavoidable climate-related damages.

The Intergovernmental Panel on Climate Change advises that global emissions will need to reach net zero by around 2050 to achieve the goals of the Paris Agreement.

If the world fails to meet the objectives of the Paris Agreement, and instead continues its current emissions pathway, climate change would have far-reaching economic, environmental and social effects on Australia. It is unlikely that Australia and the world can remain prosperous in this scenario.

These effects include but are not limited to:

The impacts of climate change will also put many governments under fiscal stress. Tax revenues will fall dramatically and increases in the frequency and severity of weather events and other natural disasters, which invoke significant emergency management responses and recovery expenditures, indicate that pressure on government budgets will be especially severe.

Even in the best case scenario, adaptation to growing climate change risks is unlikely to be possible for many communities and industries for a range of reasons, including the prohibitive costs and climate damage exceeding the limits of economic, human and natural systems to respond.

Finally, everyone will be affected by climate change but some communities, regions and industries, and people on low incomes or experiencing disadvantage, are especially vulnerable.

The scale of costs and breadth of the impact of climate change for people in Australia is deeply concerning and will escalate over time.

It is in Australia’s national interest to do all it can to contribute to successful global action to minimise further temperature rises and take action to manage the changes we can’t avoid.

Australia is currently woefully unprepared for the scale of climate change threats that will emerge over the coming decades.

There is no systemic government response (federal, state and local) to build resilience to climate risks.

Action is piecemeal; uncoordinated; does not engage business, private sector investment, unions, workers in affected industries, community sector and communities; and does not match the scale of the threat climate change represents to the Australian economy, environment and society.

There are signs of hope, according to the ACR. Many existing government and regulatory programs, businesses, investors, community organisations, unions and environmental organisations are implementing actions that could be built on to develop greater resilience.

Australia is an educated society, with a strong democratic foundation and robust public institutions such as its healthcare system and public service.

Australia also enjoys significant natural advantages adapting and reducing emissions. For example, Australia’s expertise in agricultural production systems means that it can easily deploy certain nature-based solutions, such as carbon sequestration in biomass and soils, which not only contribute to agricultural resilience but also help mitigate climate change.

Working together for a prosperous Australia

The ACR has previously recognised Australia’s national interest in holding the increase in the global average temperature to 1.5°C, or at most to well below 2°C, above pre-industrial levels.

The ACR said Australia must play its fair part in international efforts to achieve this and can do so while maintaining and increasing its prosperity.

To this end, and in addition to the resilience measures outlined above, the ACR said it encourages the Federal Government to guide its policies by adopting a long-term objective of net-zero emissions by 2050 for the Australian economy as a whole, and of increased social equity and global competitive advantage for Australia in a net-zero world.

The COP26 Glasgow climate conference has been delayed by the COVID-19 pandemic, and the government has pushed back its forthcoming long-term strategy for emissions reduction into 2021 as a result.

The ACR said that provides enough time for deep consultation with the Australian community on a comprehensive approach to the climate mitigation and adaptation challenges.

Emissions reductions on a necessary scale will require substantial change and present significant challenges for Australia as well as other countries.

Policy must be well designed to achieve the goal while avoiding these risks.

ACR has set out principles that should guide the development and implementation of these policies.

Without a coherent national response to climate change the future prosperity of the nation will be at risk. The ACR said Australians run the risk that investment will flow to other economies with clearer targets and transition roadmaps.

Australia needs both a transition to net-zero emissions and to build resilience to those impacts of climate change that cannot be avoided, according to the ACR.

The ACR will hold a second series of workshops exploring the pathways for a successful transition to a net-zero emissions Australian economy.

The ACR said it is prepared to work with all stakeholders to help Australia rise above decades of delay and come together to address one of the greatest challenges the nation has ever faced.

A summary of key information presented at the workshops is available here.

The presentations from the workshops are available here.