The Federal Court has dismissed an appeal in legal proceedings against Kimberly-Clark, ruling that the company did not mislead customers about its wipes being flushable.

The Australian Competition & Consumer Commission (ACCC) alleged that by Kimberly-Clark labelling its Kleenex Cottonelle toilet wipes products as ‘flushable’, consumers would believe the Kleenex wipes products had similar characteristics to toilet paper and would break up or disintegrate in a similar timeframe.

The ACCC relied on evidence from Australian water authorities that face significant problems when non-suitable products are flushed down the toilet as they contribute to blockages in household and municipal sewerage systems, known as ‘fatbergs’.

The ACCC instituted proceedings in the Federal Court against Kimberly-Clark in December 2016, and separately against Pental and Pental Products, alleging that they each made false or misleading representations in relation to ‘flushable’ wipes marketed and supplied in Australia.

In June 2019, the Federal Court judgment dismissed the majority of the ACCC’s case, except for finding that Kimberly-Clark’s ‘made in Australia’ representation was misleading.

In 2019 the trial judge dismissed the ACCC’s case, ruling that to prove its case against Kimberly-Clark, the ACCC was required to prove that the Kleenex wipes had in fact caused or contributed to real harm in particular instances.

The ACCC then filed an appeal against this decision in July 2019. 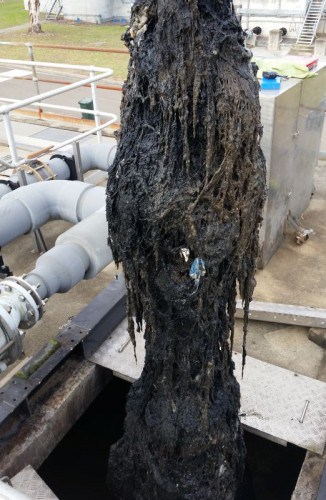 ACCC Chair, Rod Sims, said the Commission had brought these proceedings because it was concerned that consumers were being misled about the nature of the product they were buying, and because of increasing problems reported by Australian water authorities as a result of non-suitable products like wipes being flushed down the toilet.

On appeal, the ACCC argued that the trial judge had made an error by requiring actual harm, and had failed to consider the ACCC’s evidence as a whole when deciding whether the flushable representation was false or misleading.

“We sought clarification from the Full Federal Court on whether proof of actual harm is required to establish that a claim is misleading,” Mr Sims said.

“But we are pleased that our court action has brought attention to this issue, and has made consumers aware that flushing wipes can cause significant blockages to plumbing and sewerage systems, damage to equipment and environmental harm, and imposes significant cost of removing fatbergs on water authorities.”

In its judgment, the Full Federal Court recognised this concern, noting, “Blockages and fatbergs pose what has become an increasing problem for households and municipal wastewater authorities. One response would be to introduce legislation or standards governing the characteristics of what can and what cannot be marketed or sold as ‘flushable’.”

Australian water authorities are leading the development of an Australian standard on flushability.

The standard will include pass/fail criteria along with appropriate labelling requirements and is being developed by manufacturers, water utilities, peak bodies and consumer groups.

The required testing for the standard development has been impacted by COVID-19 but it is expected a draft will be released for public consultation in the next few months.

The ACCC is carefully considering the Federal Court’s judgment.

The Water Services Association of Australia (WSAA), has voiced its disappointment with the ruling, stating that fatbergs had increased during COVID-19.

Adam Lovell, Executive Director, WSAA, said that while the industry body was very disappointed, it thanked the ACCC for its efforts in bringing the issue to light.

“Wipes and other products are increasingly contributing to sewage blockages. We have most recently seen this during the COVID-19 pandemic. Our members have reported sewage blockage increases of between 20 and 60 per cent compared to the same time last year,” Mr Lovell said.

“These blockages are bad for the hip pocket – both for customers and water utilities, and are the last thing needed with the economic impacts from COVID-19 being felt all over the country.

“The decision today highlights the need for an appropriate standard for Australia. WSAA continues to call for clearer labelling for consumers and is leading the development of an Australian Standard for Flushable Products.”

Mr Lovell said that WSAA had been excited to see recent messaging in Woolworths stores that helps communicate to customers that only toilet paper can be flushed.

“We know practicing good hygiene is so important at this time; however, wet wipes, paper towel and tissues can create blockages and we want our water utilities focused on providing the essential services we need right now – like high-quality drinking water for handwashing”, he said.

“It’s not just an issue here in Australia; internationally, UK water utilities say it costs £100 million annually to clear blockages contributed to mainly by wet wipes. Utilities in the US report similar experiences. Here in Australia and New Zealand the issue is costing the urban water industry millions of dollars each year.

“Until the Standard is finalised we advise consumers to only flush the 3Ps – Pee, Poo and toilet Paper!”