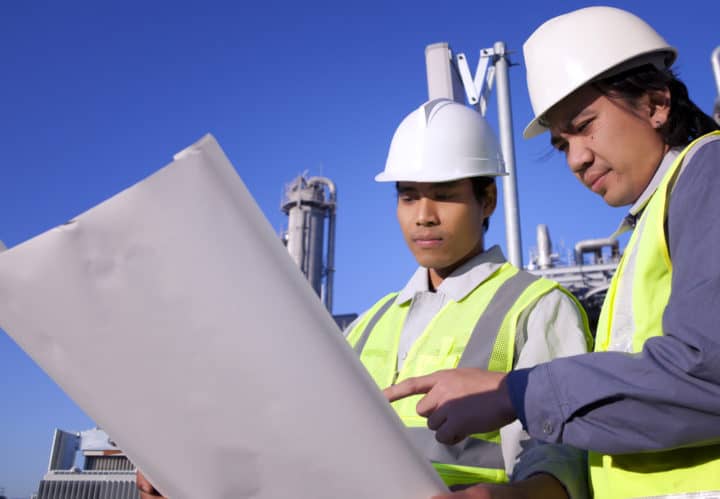 The Australian Competition and Consumer Commission (ACCC) has released its recommendations from the East Coast Gas Inquiry which include improved market transparency, changes to pipeline regulation and new approaches to gas development.

The Federal Government has released the East Coast Gas inquiry 2015 report, which examines the competitiveness of wholesale gas prices in eastern and southern Australia.

The report has found the three key factor feeding into the uncertainty about future gas supply on the east coast include:

ACCC Chairman, Rod Sims said there has been unprecedented change in the east coast gas market over the last four years with the development of Liquefied Natural Gas (LNG) facilities in Queensland.

“These changes have created winners and losers, and industrial gas users in particular have been acutely affected by the transition,” Mr Sims said.

“The triple whammy of the introduction of LNG and with it exposure to international gas pricing, a fall in oil prices leading to a downturn in exploration and new development, and regulatory uncertainty and exploration moratoria, has created an increasingly complex environment for many gas market participants.

“Sufficient gas is currently forecast to be produced in the east coast gas market to meet domestic demand and existing LNG contract commitments until at least 2025, but there is uncertainty over the timing of some developments, particularly due to low oil prices.

“Some suppliers have taken advantage of this supply uncertainty and potential shortfalls to increase prices and implement more restrictive non-price terms and conditions.”

The report makes a number of recommendations that the COAG Energy Council and state and territory governments can consider to alleviate gas market issues, particularly for industrial users.

“A $2 per gigajoule increase in the wholesale price of gas could increase residential bills by 5 per cent in New South Wales and 11 per cent in Victoria,” Mr Sims said.

“While the pipeline sector is responding to the changing market dynamics and offering new services, pricing based on significant pipeline market power is prevalent.

“The regime regulating gas pipelines is not fit for purpose and pipeline pricing is largely unconstrained by either the threat of regulation or effective competition.

“Compounding supply tightness and the effects of pipeline pricing, is the effect of an opaque and illiquid east coast gas market. Confidential bilateral negotiations remain the norm for both gas supply and transportation contracts.

“The lack of consistent, publicly available data on the sector is an impediment to participants, investors, and policy makers.”

APA Group has responded to the report’s findings and has said that while it welcomes the need to increase gas supply, it rejects the ACCC’s conclusion that further regulation of gas transmission pipelines will assist in resolving gas supply shortage in the east coast gas markets of Australia.

APA Managing Director, Mick McCormack said, “APA welcomes initiatives that result in increased gas supply. However, the challenges of developing new gas supplies in a number of states have been obvious for a number of years. It is a perverse approach for the ACCC to consider that more regulation of the pipeline industry will contribute to solving this issue.

“The pipeline industry has invested $30billion in infrastructure over the last 15 years at the behest, and with the agreement, of its customers and without any government subsidy. The industry has made huge investments in infrastructure and the development of innovative services to deliver what the market needs. This has supported the exponential growth of the gas industry in Australia.

“To increase regulation of pipelines will stymie further investment and innovation. It will result in pipelines being built for current demand, not future supply. This can only adversely affect future gas supply.”

The Australian Pipeline and Gas Association has also rejected the recommendations made in the report to increase pipeline regulations.

APGA Chief Executive, Cheryl Cartwright said the ACCC’s final report shows there is no easy way for the domestic gas market to adjust to the development of three LNG export projects in Queensland.

“Some of the recommendations of the report demonstrate the ACCC’s inclination to regulate infrastructure even though that will do little to address the fundamental problem in the system: how to ensure there is enough gas available for both export and domestic users,” Ms Cartwright said.

“When considering the ACCC’s recommendations, it’s important to remember what triggered the inquiry – a tightening demand-supply balance and rising wholesale gas prices.

“Changing regulation for gas transportation does not solve those problems.”

However, the Energy Networks Association (ENA) has welcomed comments in the report which highlight the benefits to consumers of removing bans on coal seam gas development.

ENA CEO, John Bradley, said the ACCC report highlighted the effect of policy restrictions in Victoria, NSW and Tasmania and under consideration in the Northern Territory.

“Gas customers in New South Wales, Victoria and Tasmania will benefit from moves to remove arbitrary barriers to the development of new supply,” Mr Bradley said.

“The ACCC is right to call for evidence based assessments on a project by project basis to retain community confidence.”

Mr Bradley said that state governments should consider the possibility of customers paying higher bills due to constraints on new supplies.

“The ACCC notes that a $2 per gigajoule increase in the wholesale price could lead to increases to residential customers of 5 per cent in New South Wales and 11 per cent in Victoria.

“Recent ENA analysis showed falling network costs in many jurisdictions could see residential gas bills fall by around 5 per cent on average in the next five years. In fact, we expect the network component of the typical bill to decrease from 35 per cent to 27 per cent by 2019/20.

Federal Minister for Resources, Energy and Northern Australia Josh Frydenberg has also responded to the report and welcomed its findings.

“By putting more facts on the table, the report has made an important contribution to this debate,” Mr Frydenberg said.

“It makes clear that unless the Commonwealth and State governments work together to address supply-side constraints, consumers and industry will bear the cost of higher gas prices and less reliable supply.

“To this end I convened a video-conference with my colleagues on the COAG Energy Council to discuss next steps as we consider the report’s recommendations ahead of our next formal meeting in July.”

The ACCC will also further consider some practices in the market, including the joint marketing of the Gippsland Basin Joint Venture between Esso and BHPB.

“While market conditions have been difficult, it is important that new supply comes online and that new opportunities are developed,” Mr Sims said.

“More supply, new suppliers and an increased diversity of supply sources are crucial for the future competitiveness of, and pricing in, the gas market.