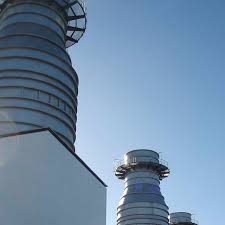 Speaking in Parliament recently, Mr Ryan said the Coalition Government had made significant progress in delivering natural gas to the 14 priority towns, having reached agreements with a number of communities.

“The Coalition Government has already reached agreements to deliver gas to Huntly, Bannockburn, Avoca, Winchelsea and Wandong-Heathcote Junction, and to augment the current supply to Mildura,” Mr Ryan said.

Mr Ryan said the Coalition Government was rolling out its strategy to deliver natural gas to the priority towns through a three stage process.

“The first stage, which involved direct negotiation with gas distribution businesses is complete, with agreement reached in Mildura and Huntly,” Mr Ryan said.

“We are currently in the second stage which has seen agreements reached in Bannockburn, Avoca, Winchelsea and Wandong-Heathcote Junction, with negotiations for additional communities expected to be finalised shortly.”

“Shortlisted energy companies will be invited to participate in a Tender and the intention is that those remaining priority towns, not included as part of the first two stages, will be connected to natural gas via this stage,” Mr Ryan said.

Mr Ryan said that CNG and LNG reticulated systems provide the same level of capacity, affordability and convenience for households, small business and industry as connecting to conventional piped gas from the grid.

“While natural gas has historically been transmitted by pipelines, the high cost of laying pipe has resulted in an increasing incidence of „virtual pipeline‟ solutions for the transmission of natural gas,” Mr Ryan said.

“These solutions typically involve the gas being transported by road to the outskirts of a town and from there it enters the reticulation network.

“The benefits of CNG/LNG delivery solutions include their inherent flexibility to accommodate future growth in demand through a ramp up in gas production and more frequent supply trips, as well as the potential to connect the reticulated network to the wider gas pipeline network at a later stage.”