Pipeline Drillers has achieved one of its longest and largest horizontal directional drills, crossing under a waterway for Unitywater. Located on the Sunshine Coast, the drill extended 908m from the Kawana Sewage Treatment Plant to cross under the Wyuna Canal and onto Kawana Way to install the 900mm diameter, high-density polyethylene pipe.

After being awarded the principal contract for the 5.6km Mountain Creek to Kawana and Caloundra sewage pipelines last October, delivery of this first HDD puts Pipeline Drillers on track for completion in early 2018.

“I have no doubt a key ingredient to the efficient delivery of the 908m pilot within seven days and 500mm of the exit peg, was the experience of our team, who in the past year have completed more than ten waterway crossings in various locations throughout Queensland and Victoria,” Mr Whitbread said.

Situated beside the stunning Mooloolah River National Park on one side, and built up Kawana Island on the other, the Wyuna Canal crossing required substantial planning and consideration to lessen the impacts of construction.

Therefore, prior to the commencement of the Kawana to Mountain Creek Sewage Pipeline, numerous redesigns increased the trenchless methods used to 70 per cent, to include three HDD and one thrust bore section. This outcome safeguarded the lowland habitat and significantly minimised disruption to the surrounding community.

Pipeline Drillers commenced drilling in late February, and confronted below and above ground environmental conditions of drilling in clay, working in wet weather, and utilising electromagnetic wire line tracking, due to the heavy vegetation within the national park, to complete the pilot within a week. While the Gallagher and HK250 reamed the bore to a final diameter of 1200mm, the welding team fabricated the 924m pipe string using fusion welding. The pipe string, once completed, extended from north to south along the western side of Kawana Way, and became an unmissable site for local road users until installation took place.

Pull-back was achieved within approximately eight hours, thanks to the Gallagher, which from the Kawana STP pulled up to 220 tonnes of its impressive 330 tonne capacity, the assistance of three 22 tonne excavators to hoist and guide the pipe, as well as a dozen crew members, the Unitywater, Bamser and Pipeline Drillers project team.

The Wyuna Canal crossing has undergone successful testing and will soon connect to the Kawana Way HDD which will extend 1.2km north towards the Mooloolah River.

This partner content is brought to you by Pipeline Drillers. For more information, visit www.pdgroup.com.au. 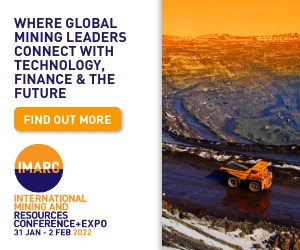