Health of the NEM: triaging a critical electricity system At the beginning of 2021, the Energy Security Board (ESB) handed down its 2020 Health of the National Electricity Market (NEM) report, the fourth annual report measuring the health of the NEM against six strategic energy objectives. With increasing renewable generation simultaneously improving emissions reduction and threatening security, plus an imminent technology boom underpinned by a competitive market – there’s a lot to cover. Here, we break down the report, and examine the areas of reform needed to address the major challenges facing the NEM.

Dividing energy needs into two categories of ‘reliability’ and ‘security’, the report finds contrasting results. While real progress has been made in terms of reliability through improved generation capacity, emission reduction, competition and network investment, security needs to be shored up through system stability and investor confidence.

Many reforms are still urgent through the Post 2025 market design directions paper, which was also released on 5 January 2021. The Post 2025 report was developed in consultation with industry and governments, consolidating proposed reforms to address the challenges laid out in both the Health of the NEM assessment report and a Consultation Paper (issued September 2020).

Building on the recommendations in the 2017 Finkel Review, the former COAG Energy Council established a Strategic Energy Plan for the NEM for the transition from large-scale thermal generation (predominantly coal-fired) towards large- and small-scale renewable generation, (mainly wind and solar).

Six strategic objectives were used to measure the health of the NEM:

As the COVID-19 pandemic took hold of Australia, financial pressures increased for residential and business consumers alike. The Australian Energy Regulator (AER) was forced to take steps to address the rising proportion of customers in debt, and provide support for those that were unable to pay bills.

Despite falling wholesale and retail prices however, affordability still remains a critical issue for some customers. The affordability outlook is generally positive, with retail prices dropping and an end to the pandemic on the horizon, however, there is a risk of higher consumer prices thanks to the investment required in transmission and dispatchable generation to integrate more renewables.

Although consumer satisfaction is on the rise, it still lags in comparison to other essential services industries. The report indicates communication with customers as a priority as relationships with retailers and other service providers grow.

Additional smart meter installations and energy management systems, as well as the post 2025 market design work on distributed energy resources (DER) and two-sided markets have also been identified as opportunities for consumers to gain value.

By and large, security remains the most pressing issue in the NEM, especially as more variable renewables enter the system, rapidly displacing dispatchable thermal generation and thereby making it increasingly difficult to prevent blackouts.

The combination of increasing load and supply variations of utility-scale, weather-dependent generation, as well as an aging thermal generation fleet, exacerbates the security issue. These issues are complicated to address because of the significant pace of change and the difficulty of delivering an efficient suite of system services expeditiously.

The ESB has dubbed the outlook as ‘moderate to critical’. The measures taken by the AEMC to improve system strength and the interim security measures introduced have improved the outlook, with the post 2025 market design work to implement system security rule changes in 2021. 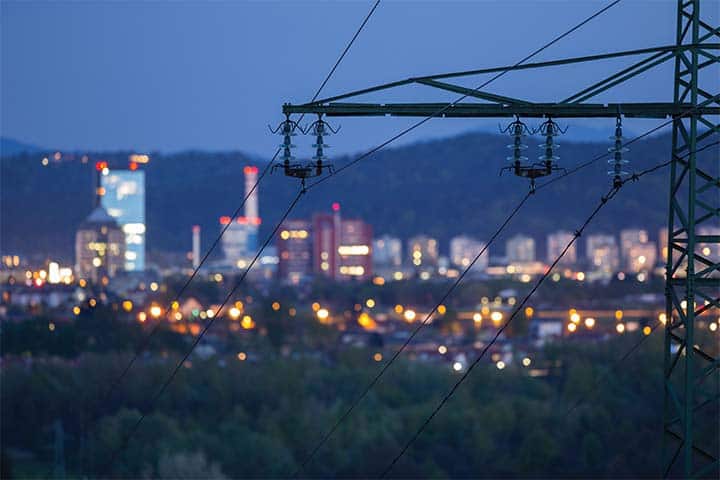 Down from ‘critical’ in 2019 to ‘moderate’, there are no immediate reliability concerns. This has been attributed to a series of reliability changes being implemented by the energy ministers from March 2020. There has been a substantial emissions reduction in the NEM, the report indicating emissions were down by 25 per from 2005 levels, with levels expected to be 50 per cent down by 2030.

The Integrated System Plan (ISP) – which examines multiple scenarios – indicates the NEM is currently tracking the ‘Step Change’ trajectory, reflecting the speedy investment in renewable generation and the subsequent downward trend in thermal generation. Potential concerns have been flagged in the Electricity Statement of Opportunities (ESOO) regarding New South Wales and the 2023-24 Liddell Power Station closure, however, the progress of the Queensland-NSW transmission interconnector is promising, and local new renewable generation of around 900MW is underway.

Post 2025 design measures will need to carefully manage the wave of new renewable generation in Victoria and New South Wales to ensure adequate firm and flexible back-up, which may require major policy steps being taken in some state jurisdictions.

As spot prices dropped to levels not experienced since 2015, competition has been evident in the wholesale electricity market, with the trend predicted to continue for  the next three years.

In the retail market, little change has been observed since 2019, which could be a symptom of COVID-19 and the risks that retailers were faced with in terms of managing customer debts and hardship.

The contract growth in the NEM over 2019-20 has been in exchange traded volumes, which have risen from around 50TWh per annum to 735TWh. Over the counter (OTC) bilateral contracting has remained relatively stable. The report indicates that expanding the AER’s ability to procure information would garner more transparency in the electricity contract markets.

Global declines in both coal and gas markets have influenced the NEM, with gas prices expected to experience a slow rise out to 2022, whilst coal price remains flat. Additionally, the report also found that coal quality is a concern for some plants due to a tightening of supply availability, leaving a significant risk of rising black coal prices.

Competition is expected to underpin innovation, with a forecasted fall in capital costs of most technologies in coming decades. The Federal Government’s Low Emissions Technology Statement, published in August 2020, identified key target areas – clean hydrogen, energy storage, low emissions steel and aluminium production, carbon capture and storage, and soil carbon. Overall, the 2020 rating of the competitive markets criteria has improved from ‘moderate’ in 2019 to ‘good’.

5. Efficient and timely investment in networks

Network investment as a whole is headed in the right direction, with critical investments on track, interim Renewable Energy Zone (REZ) development planning rules under consideration, and a workplan for DER integration set in motion. The rating for network investment stands at ‘good-moderate’, marking an improvement from 2019.

The outlook remains at ‘moderate’ due to emerging challenges in building the expanded transmission network. Again, increased renewable generation has had an impact on the timing of the new required investment.

The report also found that substantial investment is required in the distribution network to accommodate DER’s further integration into the system. The post 2025 market design initiatives will incorporate addressing the significant technical and regulatory challenges posed by DER – which the report states “are not trivial“.

The significance of major ministerial-level governance changes is yet to be determined, according to the report. These changes included the replacement of the former COAG Energy Council by an Energy National Reform Committee of Cabinet, and a Ministers Meeting where matters not included in the cabinet-level agenda would be discussed.

Following a review of the ESB in 2019-20, ministers extended the work on post 2025 Market Design initiatives into 2021, with the future of the ESB to be decided thereafter. In 2020, different jurisdictions outlined numerous policy initiatives in conjunction with NEM policy developments and mechanisms. All NEM states and territories (Queensland, New South Wales, Australian Capital Territory, Victoria, Tasmania and South Australia) also set individual emissions targets (net zero by 2050), strategies and enabling policies.

At a federal level, the government has underwritten several critical transmission projects, and is in continuous collaboration on several generation projects concerning the potential for underwriting, and highlighted a gas-led recovery for manufacturing in its Technology Statement.

The report found that it is imperative that these initiatives be managed within the NEM to maintain it as an integrated national electricity market – making it a challenging outlook. Four reforms for the future of the nem

• Demand side participation – enabling energy consumers to capitalise on opportunities to allow tailored consumption choices (i.e. switching to off-peak use, installing more efficient appliances, or investing in locally based generation)

• Access and transmission – delivering future-focused networks compatible with the connection of renewables, with affordability front-of-mind

ESB Independent Chair, Dr Kerry Schott AO, said there are ways to address the issues laid out in the Health of the NEM by redesigning the market, but the speed of change means reform is increasingly urgent.

“The Health of the NEM clearly shows the repercussions of rapid change in our electricity system and highlights the absolute urgency of addressing them,” Dr Schott said.

“We are concerned about security constraints in some parts of the NEM and the increasing pressure on distribution networks from growing rooftop solar penetration.

“This, combined with growing large-scale renewable generation and low wholesale prices, means it is vital that post 2025 reforms are put in place that can work alongside government policy schemes.

“We’re moving in the right direction, but major changes are needed to unlock value to customers and ensure capital investments are made in an efficient and timely manner to deliver the affordable, reliable and secure electricity consumers need.”

The scope of reform in the Post 2025 market design directions paper has been narrowed, including removal of proposed measures to deal with the exit of ageing thermal generation which will instead be addressed through other resource adequacy mechanisms.

“We are focused on modernising the market, unlocking value for consumers and boosting consumer protection, removing red tape and making it easier for businesses to get in and offer the services customers may want to buy,” Dr Schott said.

“These reforms address the critical challenges facing the energy sector – affordability for all consumers; reliability and security; renewable energy zones; integrated system plan rule changes, enabling new generators to have adequate access to the grid; and national standards for distributed energy (or behind the meter) resources.

“While many people in the energy sector have different perspectives on the possible solutions or priorities, everyone agrees on the problems we identified earlier in this process. What we have in place now is no longer fit for purpose for the energy transition and beyond.

“The time to tackle these problems is now.”

The ESB will develop detailed market designs for ministerial consultation, before making final recommendations to the Federal Government in mid-2021.