After 12 months of negotiations, Jemena has secured land access arrangements with all traditional land owners across the 622km route of its Northern Gas Pipeline (NGP) in both the Northern Territory and Queensland.

A decision to reschedule the NGP project was made in early 2017 to allow Jemena more time to finalise outstanding land access approvals. 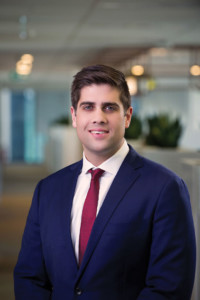 Northern Gas Pipeline Project Director, Jonathan Spink said Jemena believed resequencing was the right thing to do to allow them to work closely with Traditional Owners to understand their concerns and reach an agreement.

“Ultimately, this proved effective as it allowed us to finalise those negotiations without impacting the project’s overarching timeframe,” Mr Spink said.

As part of the re-sequencing, Jemena released its partner McConnell Dowell from its contractual obligations and re-tendered key construction contracts. After the Northern Territory Government approved the construction of the first 344km portion of the pipeline in June, McConnell Dowell was reappointed to construct 481km of the 622km pipeline, starting in the Northern Territory.

The construction of the remaining 141kms of the Queensland border to the pipeline’s end-point in Mount Isa, was awarded to Spiecapag Australia.

Mr Spink said the NGP negotiations were a unique challenge as they had to coordinate with a variety of groups across a large and remote geographical space in a relatively short period of time.

Negotiations between Jemena and the Traditional Owner groups took a variety of forms including one-on-one and group meetings, field visits and inspections, expos and roadshows, as well as online information and feedback.

“A particular focus of the consultations was the economic benefit of the project, specifically around jobs and training opportunities for communities across the pipeline route, and local contracting opportunities.”

“I am pleased to reach agreement with Jemena for the NGP. The jobs and contracts for my people will lay a strong foundation for their future. Jemena has worked well with us to understand our needs and hopes and we look forward to working together in the future,” said Mr Willy.

As part of the agreement, Jemena will work with the Wakaya People to ensure they benefit from the NGP’s $6 million Jobs and Training Package alongside all Traditional Owners on the pipeline route. 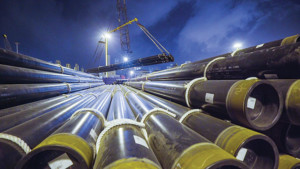 The agreement package will be delivered by local providers including Group Training Northern Territory (GTNT), Myuma Group, and Remote Concrete NT, and is one element of the NGP’s commitment to providing training, employment and contracts for business in the region.

The NGP expects to employ approximately 600 people across the Tennant Creek and Mount Isa regions and will establish a number of training and development programs, investing around $112 million in contracts for local businesses.

Mr Spink said he was very pleased to be providing the Wakaya People and any Traditional Owner groups with training, development and other opportunities for work on the NGP as part of their agreement.

“We are grateful for the hard work and efforts of the Northern Land Council and Central Land Council. It was an extremely tough consultation process given the vast physical distance needed to be covered to ensure agreement by all parties,” said Mr Spink.

Mr Spink said the experience Jemena gained through the process of negotiating the land access could potentially help other utilities who may face similar challenges.

“Projects of this size and scale all present their own challenges, lessons and opportunities. My advice is to be flexible, listen to the community, and not be afraid to change your approach based on the feedback you’ve received,” Mr Spink said.

Jemena expects to complete construction of around half the pipeline by the end of 2017, including all of the Tennant Creek and half of the Mt Isa compressor stations. The NGP remains on track to schedule the first gas to flow in late 2018.