The Hydroflux Group, one of the dominant specialist wastewater treatment companies in Australia, has announced its expansion into the Pacific Islands.

The move comes just eight months after Hydroflux announced it had established a major presence in the United Kingdom in order to participate in European wastewater and water reuse projects. 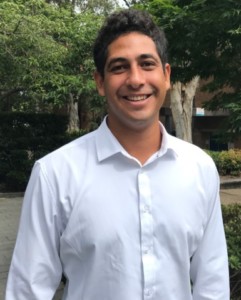 Adrian Minshull, CEO of Hydroflux said: “With five major wastewater projects currently under construction by Hydroflux in the Pacific region, the growing demand for our advanced water and wastewater solutions in the Pacific Islands is what led us to establish an office in Fiji from which we will service the needs of customers in the region.

“In addition, having a presence in Fiji will enable Hydroflux to provide support and expertise to sustainable water and wastewater initiatives in the Pacific Islands.”

Adrian said one of the key benefits of Hydroflux having an office in Fiji is that the company would be able to offer a one-stop shop to existing and new customers in the region.

“The Hydroflux Group is able to offer a complete portfolio of water treatment technologies for the municipal, industrial and mining sectors under the recently-launched Hydroflux Epco brand.

“Hydroflux Epco’s expertise encompasses over 1000 references throughout Australia, Asia Pacific, Middle East and the United Kingdom, dating back to 1961. The company also has long-standing relationships with global leaders such as HUBER Technology, Aerostrip® and Organica®.

The full range of product and service options available in the Pacific can be found at www.hydroflux.com.fj Hydroflux has already played a key role in a number of major projects in the region, among them the provision of a wastewater treatment plant at the award-winning Musket Cove Island Resort, located in the remote Malolo Lailai.

Adrian said that one of the major areas of opportunity for the Hydroflux Group was the tourism sector.

“Research conducted by the Asian Development Bank says that tourism is an important economic sector for many developing countries in the Pacific, and set to remain so for the foreseeable future with visitor arrivals forecast to rise by six per cent to seven per cent per year until 2019.

“The report says that countries need to increase their capacity to absorb more tourists, especially during the peak season. However, capacity is not limited to the number of rooms, food and beverage outlets, and tour operations. It also includes hard infrastructure, soft local services, the service capacity of the industry, and most importantly, the capacity of local people to absorb increased numbers of tourists.”

Hydroflux has already played a key role in a number of major projects in the region, among them the provision of an advanced wastewater treatment plant at the multi-award winning Musket Cove Island Resort, located in the remote Malolo Lailai, and several more packaged sewage treatment plants are under construction for other major resorts in Liku, Malolo and Matamanoa in the Fijian Mamanuca group of islands.

Hydroflux’s range of packaged sewage treatment solutions treat wastewater generated by guests, the laundry and kitchens, to a standard suitable for reuse in irrigation, thus ensuring the environmental sustainability of the resort into the future.

The plant has been designed to treat high-strength industrial wastewater so that the discharge complies with Fiji’s National Liquid Waste Management Strategy.

This partner content is brought to you by Hydroflux. For more information, visit hydroflux.com.au.