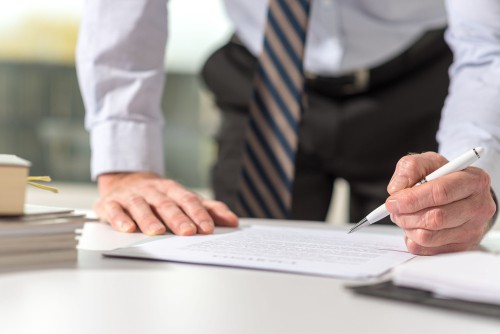 APA Group has confirmed its FY2019 guidance, following termination of the Implementation Agreement with the CKI Consortium.

The Implementation Agreement was terminated in accordance with its terms, following Federal Treasurer, Josh Frydenberg’s decision to prohibit the CKI Consortium’s proposed aqcuisition of APA.

Mr Frydenberg said that the current proposed acquisition of APA Group would be contrary to the national interest.

“I have formed this view on the basis that it would result in a single foreign company group having sole ownership and control over Australia’s most significant gas transmission business. I thank CK Group for the way they have engaged constructively, both before and since my preliminary decision,” Mr Frydenberg said.

“My decision is not an adverse reflection on CK Group or the individual companies. CK Group companies are already a substantial investor in Australia’s gas and electricity sectors and a significant provider of infrastructure services that millions of Australians rely upon. The Australian Government welcomes CK Group’s investments in Australia and its broader contribution to the Australian economy.

Mr Frydenberg said that the Federal Government will continue to welcome any foreign investment that is not considered contrary to national interest.

“As Treasurer I consider each foreign investment proposal on its merits,” Mr Frydenberg said.

APA’s Chairman, Michael Fraser, said, “We believe that APA’s business is robust and resilient, and despite being subject to a takeover offer for almost six months, APA has been able to continue to run the business smoothly and today reconfirms the FY2019 guidance metrics as announced in August 2018.

“With the CKI Consortium proposal not proceeding, the way ahead for APA is very clear – we will continue to work on ‘APA’s Plan A’, which is the successful growth strategy that we have employed for almost two decades.”

APA confirms that it expects to deliver earnings before interest, tax and depreciation for FY2019 within the range of $1,550 million to $1,575 million. The guidance takes into account all costs incurred in relation to the CKI Consortium proposal.

All other guidance metrics also remain unchanged, including interest costs within the range of $500 million to $510 million and growth capital expenditure expected at around $425 million, based on the current pool of committed projects in FY2019.

Total distributions for the year are expected to be in the order of 46.5 cents per security plus any allocation of franking credits should these be available.

APA is a large Australian energy infrastructure business that has grown from an asset portfolio base of around $500 million in 2000, to over $20 billion of owned and/or operated assets in 2018, with a broad range of solid growth related opportunities ahead of the business.

APA’s Managing Director, Mick McCormack, said, “Looking ahead, the $4 billion of future opportunities that we talked about in August 2018 remain firmly on our radar, and include in excess of $2 billion of Australian gas transportation prospects. We continue to see more growth, in the order of $300 to $400 million capital expenditure per annum from FY2020.”