Increasing efficiency to drive down bills 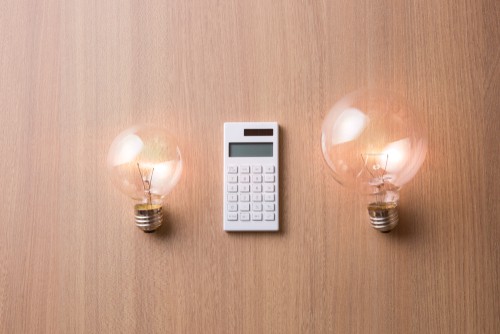 Several consumer and housing groups have signed a joint statement calling on the COAG meeting of energy ministers to commit to increasing energy efficiency standards and driving down bills.

CHOICE, National Shelter, Renew, the Australian Council of Social Service (ACOSS) and 32 other community groups signed the joint statement, calling energy ministers to commit to higher energy performance standards in the next update of the National Construction Code from 2022 and mandatory minimum energy efficiency standards for rental properties.

“The Morrison Government says one of its top priorities is reducing electricity bills. The COAG energy ministers’ meeting is a golden opportunity for Federal Government to work with State and Territory Governments to drive down electricity bills, while acting on climate change,” Ms Caught said.

“Up to 95 per cent of homes have poor energy performance, so many people are now living in homes that are damp, too cold in winter and too hot in summer and people on low incomes have little means of escape from these weather extremes.

“Modelling done for COAG Energy Council shows that improving energy efficiency in existing homes by even just one per cent would save Australian households $1.5 billion a year.

“Better energy efficiency is good news for everyone, especially people on low incomes.

“People on low incomes spend a far greater proportion of their income on energy bills and are forced to go without essentials like food, heating and cooling to afford their bills. Acting on energy efficiency is critical to tackle poverty and improve health and wellbeing.”

Renew CEO, Donna Luckman, said, “While energy prices have been rising and climate risks getting worse, our efficiency standards for new homes have been standing still. With work already starting on the 2022 update of the national code, we can’t afford for energy ministers to miss this critical opportunity to commit to higher standards for new homes.

“Cutting energy waste by improving the efficiency of our homes is also one of the quickest and cheapest ways to reduce carbon emissions.

“New energy performance standards could reduce average energy costs by up to $900 per household annually, reduce emissions and improve the resilience of the electricity grid.”

“Renters can live in some of the worst housing and have little control over the energy efficiency of their homes, which can greatly impact their energy bills,” Mr Pisarski said.

“We’re calling on governments to work together on a national strategy that includes mandating a minimum energy efficiency performance standard for rental properties and, if necessary, incentives for landlords to upgrade properties, with priority given to affordable rental properties.”

CHOICE campaigner, Linda Przhedetsky, said consumers were looking for savings on their energy bills but there was only so much they could do without government action.

“We know many consumers are looking for ways to save on their energy bills by making changes, such as installing energy efficient appliances or solar panels, but these changes cost money and are often out of reach for low income earners, Ms Przhedetsky said.

“Consumers should not be made to carry the ongoing burden of expensive energy bills because they have no choice but to live in homes that are wasting energy.”