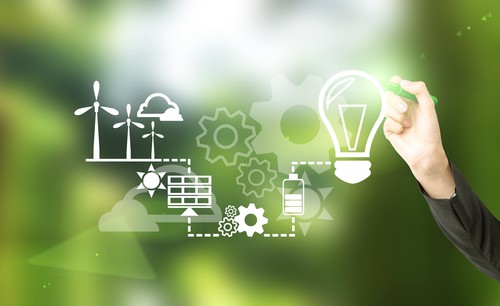 AEMO has published its Draft 2020 Integrated System Plan (ISP), which will use forecasts of demand and generation requirements, scenario modelling and comprehensive engineering analysis to develop an optimal development path for Australia’s energy future.

Extensive consumer, industry and stakeholder engagement has informed the draft, which builds on AEMO’s 2018 ISP.

The outcome of this analysis sets out the investment opportunities for the market and targeted transmission augmentation necessary to achieve the best outcomes for consumers. It aims to ensure Australians enjoy affordable, secure and reliable energy in the coming decades as old generation assets retire and they are replaced with a combination of new technologies and upgraded transmission links.

AEMO’s Managing Director and Chief Executive Officer, Audrey Zibelman, said the Draft 2020 ISP both highlights progress since 2018, and lays out future requirements for the energy system to deliver the most cost-effective pathway considering multiple future scenarios for achieving a secure and reliable system that meets consumer needs and government policy objectives.

“We’ve been working collaboratively with the energy sector on an actionable roadmap to manage a smooth transition that maximises benefits and avoids unnecessary costs for Australian consumers,” Ms Zibelman said.

To highlight the changes occurring within the power system, the Draft 2020 ISP identifies:

To manage uncertainty, the Draft ISP uses scenarios and sensitivity analysis, with a central scenario built around existing government policies.

The Draft ISP identifies projects to augment the transmission grid as part of the optimal development plan. These projects fall into three categories, with differing time horizons, to minimise costs and achieve power system needs as the energy system evolves.

Group 1 (Priority projects): these are critical to address cost, security and reliability issues and should be either underway or commencing soon. They include:

In addition, AEMO is recommending planning and approvals work be commenced now for a new transmission link from Tasmania to Victoria (Marinus Link), to ensure it could commence construction by 2023 should that be required, if a variety of contingencies occur including either delays to VNI West or a delay to Snowy 2.0 and an earlier than anticipated Victorian coal plant closure.

Group 2 (Near-term projects): For these projects, AEMO recommends taking action before 2022. A further upgrade to the Queensland-New South Wales interconnector falls into this category.

Group 3 (Future options): These projects provide valuable options for Australia’s future energy system and should be further explored during 2020 and 2021.

They are Marinus Link, a larger Queensland to NSW upgrade, a Central to Southern Queensland transmission upgrade, reinforcement of the Gladstone Grid, and reinforcements of the Sydney, Newcastle and Wollongong supply to support the creation of additional renewable energy zones.

“The Draft 2020 ISP sets out how to build a least-cost system for Australia, but for consumers to receive the full benefit of the plan, important additional work on market design and infrastructure funding options needs to be undertaken. At the direction of state and federal ministers, the Energy Security Board is undertaking this work and AEMO looks forward to supporting it,” Ms Zibelman said.

“AEMO thanks the hundreds of stakeholders involved in our engagement program and welcomes continued input leading towards publishing the final 2020 ISP mid next year.”

The Draft ISP has been welcomed by the energy industry, with several industry bodies already offering responses.

“A coordinated national approach to incorporating new generation, transmission and system support into the grid is essential as coal-fired generation retires over the next 20 years,” Mr Dillon said.

“Throughout the world, the logical response to ever-increasing amounts of variable generation from renewables has been more interconnection between markets.

“Transmission costs are a very small component of power bills. The transmission and interconnection projects proposed in the Draft ISP are strategic investments that offer significant benefits,” Mr Dillon said.

“The priority for networks is to ensure we deliver a future electricity system that is reliable, secure and affordable for our customers.”

Clean Energy Council Chief Executive, Kane Thornton, said the Draft ISP provides a dynamic and actionable roadmap that can guide the transition through a period of complexity and uncertainty.

“The Draft ISP points to a highly diverse future energy system where over 30GW of new utility-scale renewable generation is needed, and distributed energy generation is expected to double or even triple to provide 13 to 22 per cent of the total annual National Electricity Market consumption,” Mr Thornton said.

“The Draft ISP rightly identifies that to unlock this exciting new energy potential, significant investment in the transmission network is needed.

“We strongly support AEMO’s development path for extensive upgrades to the transmission grid to deliver the infrastructure needed to make the most of our vast clean energy resources, ensure the future stability and security of Australia’s energy system and deliver low-cost energy to consumers.

“As we have consistently said, a clear roadmap for transmission development is imperative in order to build investor confidence for new clean energy generation – which is urgently needed to ensure new generation is in place before our aging coal power plants retire.

“Releasing a Draft ISP is also a positive development. We support AEMO taking this additional step and its consultative approach to developing the 2020 ISP. There is a huge amount of detail to be worked through in the Draft ISP. We look forward to working closely with AEMO on this and providing further input to ensure the 2020 ISP delivers the robust strategy needed to guide the future of Australia’s energy system.”

“AEMO proposes a step-by-step approach to a progressively more integrated system over time.

“The plan recognises existing projects already under regulatory consideration, such as EnergyConnect between South Australia and New South Wales, whilst assessing the need for new transmission lines as part of the broader shift in the generation mix.

“It has proposed that some projects, such as a medium-sized upgrade to the Queensland to New South Wales interconnector, should soon begin the initial phases of their regulatory processes.

“The plan has identified prospective ‘Renewable Energy Zones’, areas of high solar and wind that can be remote from the existing grid, however it does not recommend any very remote projects at this time. Sensibly it prefers augmentations that simultaneously provide less remote renewable opportunities whilst also strengthening the existing grid.

“Whilst much of the existing dispatchable generation fleet will close in the decades to come, in the meantime it continues to be a critical part of the power system. Its economic life will be determined through competitive market forces and the age of individual plant.

“AEMO’s plan flags the important role targeted transmission investment can play in supporting the energy transition as more renewables, flexible gas and new technologies like storage come into the system.

“Major investments like interconnectors can play an important evolving role in a decarbonised electricity grid, but will need to be individually assessed through the regulatory investment test overseen by the Australian Energy Regulator.

“This will be critical to ensure the cost-effectiveness of each project.”