It has undergone a name change and expanded its services, but after 80 years, Interflow’s values, innovation, and commitment to long-term relationships have stayed the same.

Celebrating its 80th anniversary, Interflow owes its success to the innovative thinking of its founders, Bill Weaver and later, his son, Ron.

Now in its third generation of Weaver leadership under Ron’s son, Geoff, the award-winning pipeline-renewal company has stayed ahead of its competitors every step of the way.

Harold ‘Bill’ Weaver founded the company in 1936 under the name General Constructions, taking its first job constructing reticulation sewers at Northbridge in Sydney not long afterwards. 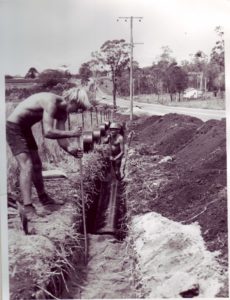 Back then, excavations were performed by hand and timber was used to support the trenches.

Riding the success of its first endeavour, General Constructions continued to win other projects in places like West Wyalong, Southern Riverina, Singleton and Grafton.

Bill strongly believed that each project should add to the company’s reputation, and under his leadership, General Constructions became known for its competence, reliability and honesty.

Bill outpaced his competition by finding cost-effective solutions, such as importing the first Barber Greene trencher to Australia in 1938, which cut the cost of trench excavation significantly. 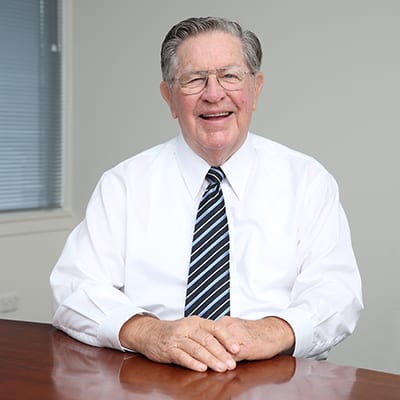 Ron Weaver took over General Constructions in 1960, with Bill taking an advisory role.

Ron continued to expand the company, constructing many of the original sewers, town water supplies, and gas and oil pipelines across the East Coast of Australia.

When Geoff Weaver took over from Ron as Managing Director in 1990, the company was ready to expand into a new era.

In 1991, when working on a challenging pipeline renewal project, the company became aware of Rib Loc, a company that was developing a way to replace a pipeline without excavation.

In consultation with Rib Loc, a decision was made to replace the pipeline using trenchless technology.

Not long afterwards, General Constructions was renamed Interflow, and continued to deliver innovative products and services in pipeline rehabilitation.

The Interflow blueprint for success Geoff Weaver says Interflow’s core values of honesty, reliability, and competence are a key part of its success.

“Our values are simple and we try to promote them at every opportunity – through our newsletter, our actions and conversations, and our events.”

Since 1997, Interflow has received 18 prestigious national and international awards, most recently winning the Victorian CCF Earth Award for Construction Excellence for the replacement of a St Kilda Road water main.

Mr Weaver says Interflow is resolute about doing things the right way, from maintaining the same quality of work to safety procedures.

However, Mr Weaver says that his company isn’t afraid to fix problems.

“We don’t try to sweep errors or bad processes under the carpet, we confront what has happened and try to use it to make the business better.

“To really commit to continuous improvement as a business, you’ve got to be honest with yourself.”

Nowadays, the company is involved in a lot more than just pipe renewal, having branches of the business in trenchless installations, road and rail culverts, and condition assessment.

Mr Weaver says Interflow is always looking for new ideas to remain innovative and stay ahead of the game. 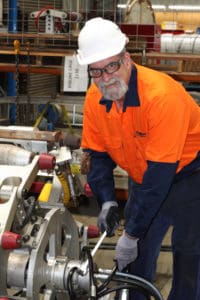 “Within reason, we want to foster innovation. We want to hear ideas, not only from our own workers, but from our customers, whose needs are a key component in finding the right solutions and, consequently, important to the company’s growth into new areas.

“We also have ongoing relationships with a global network of companies that do similar work to us, so we can remain informed about the latest in technology and best practice in the industry.”

One significant milestone in this regard has been the renewal of the exclusive licence agreement for the Sekisui Rib Loc products for a further 20 years and the close relationship with parent Sekisui Chemical Co to access global technologies.

The challenge moving forward, Mr Weaver says, will be to stay innovative, and trenchless technology is one of the ways to do it.

“Trenchless technology is really in its infancy, and there is much more that can and will be done with it.

“Trenchless is a technology of the future and Interflow will be a huge part of that.”

Interflow has won many awards in its history. These include:

2013: International Society for Trenchless Technology No Dig Award for the Rehabilitation of Sections of Lidcombe, Auburn and Granville (LAG) Sewer Mains

2010: Trenchless Australasia Project of the Year Award to Interflow for the Rehabilitation of the Serpentine Creek Siphon

2010: International Society for Trenchless Technology No Dig Award for the Rehabilitation of the North Georges River Submain

2008: Trenchless Australasia Project of the Year Award for the Rehabilitation of the Western Branch Main Sewer

2008: Engineers Australia Award for Research and Development Excellence for Interfit

2008: CCF Earth Award (National) for Construction Excellence for the Rehabilitation of the Western Branch Main Sewer

2005: Engineers Australia Highly Commended for development of the LCR

2001: International Society for Trenchless Technology No Dig Award to Rib Loc for Rotaloc

1997: International Society for Trenchless Technology No Dig Award to Rib Loc for Ribsteel