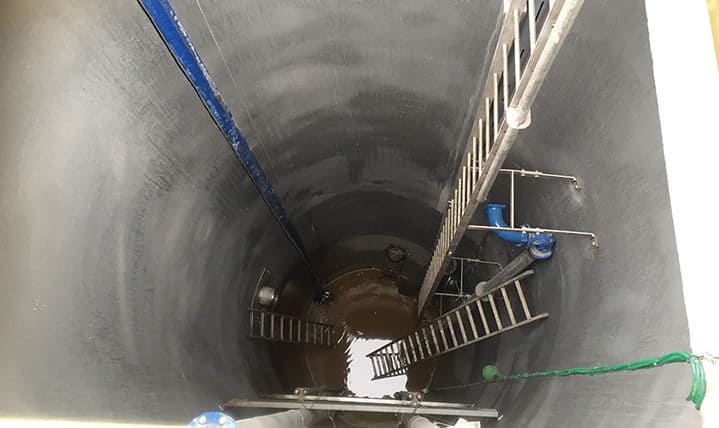 Yarra Valley Water’s North Warrandyte Sewerage Project overcame the challenging installation of an inverted siphon sewer main under Melbourne’s Yarra River to connect up to 1,000 residents to the local sewerage network for the first time.

Yarra Valley Water is investing more than $300 million to bring sewerage services to 17,000 properties across its service area by 2030.

The current $30 million portion of this project focuses on building the infrastructure needed so North Warrandyte residents can replace current septic tanks with connections to the sewerage network.

This portion of the project is split into five components: three reticulation pipeline packages, a pump station near Stony Creek, and the siphon sewer main that runs under the Yarra River.

The siphon installation involved two parallel crossings, one 200mm polyethylene pipe for dry weather flow and one 355mm pipe for wet weather flow. Both crossings were installed almost identically with the only difference being one was 500mm higher at the upstream and downstream inlet/outlets.

Yarra Valley Water Divisional Manager, Asset Creation, David Errey, said in order to minimise the impacts on the surrounding environment the majority of the construction work utilised directional drilling as it was one of the most environmentally sensitive construction methods available.

Working towards a successful delivery

The majority of the project was completed in 2015 while the pump station commissioning occurred in December 2016, following the installation of the siphon.

The sewage pumping station, located near the corner of Research-Warrandyte Road and Professors Lane, can now service approximately 400 properties in North Warrandyte.

Customers can either connect to the new sewerage system by gravity where the sewage flows downhill from the property, or by a pressure system where the property is lower than the sewer.

Overall, the project presented several challenges. There were strict environmental requirements as part of the planning permits, narrow streets and alignments to work around, the area had high traffic flows on winding roads and ground conditions were hard and variable, making it difficult for drilling.

The siphon installation itself was challenging due to tight and limited access to the site. Due to the environmental sensitivity of the site, the work area was very constrained and excavated material had to be transported off site, and fill material had to be brought in on completion of the manholes.

The inverted siphon sewer main was installed under the Yarra River, with the bridge above being the only access point into the area. It was essential that contractors didn’t take too long to complete works as any delays would heavily disrupt the local traffic.

Work on the siphon sewer main replacement involved excavating a deep shaft on the southern side of the Yarra River.

Bores were drilled from the south side, with the pipe then pulled back through from the north to the south side of the river. The new siphons were then connected to the existing sewerage network on the south side.

Mr Errey said the key to the successful delivery of this portion of the project had been the strong relationship between contractors and stakeholders.

“The fact that there was a solid design, combined with experienced contractors, good management, and strong communication between multiple contractors, community stakeholders and customers helped make the project a success,” Mr Errey said.

Anthony Doherty from AHD Trenchless, who did the trenchless drilling, said the inverted siphon sewer main had been a major part of the project and one that came with a lot of responsibility.

“The entire project involved an investment of tens of millions of dollars with the siphon main linking it all together so everything had to be perfect,” Mr Doherty said.

“It was challenging because of the location, ground conditions and regulations but Yarra Valley Water were very happy with the final outcome.

“We do complex projects like this almost everyday so we know how to overcome specific challenges and were able to determine the best method for the job.”

“The commissioning and testing was completed seamlessly and all stakeholders considered the project a success,” Melbourne Pipelines, Managing Director, Lee Sinclair, said.

Yarra Valley Water said given the key constraints of the site, trenchless had been the best solution and provided significant benefits.

“The benefits of trenchless were predominantly related to the environment, but it also improved safety, reduced the impact on the local community and required less traffic management,” Mr Errey said.

“Directional drilling also reduced the overall costs of the works, as well as the cost and amount of reinstatement works required. Using the right equipment, we also found it to be faster compared to open excavation.

“In the case of the siphon construction, the alternative would either be tunnelling under the river, or pumping out sections of the Yarra and using open cut excavations. Both are very expensive with high impacts on the environment and community options and would have prevented the project from proceeding.”

The North Warrandyte Sewerage Project was completed in December 2016 allowing customers to begin connecting to the Yarra Valley Water network prior to Christmas.