Jemena is a unique utility, being one of the few in Australia to own and operate assets in the electricity, gas and water sectors across the country’s east coast.

Jemena owns and operates a diverse portfolio of energy and water transportation assets across the east coast of Australia. Owning more than $9billion worth of major utility infrastructure, Jemena supplies millions of households and businesses with essential services every day.

Jemena has more than a century of experience and expertise in the utilities sector and has now established a strong portfolio of high-quality distribution and transmission assets.

Since 2008, Jemena has been led by Managing Director Paul Adams. With over 30 years’ experience in the Australian energy sector, Mr Adams has overseen the expansion of the Jemena Gas Network and is establishing Jemena as a world leader in electricity distribution and pipeline infrastructure, technology, ownership and management.

Jemena is backed by the strong resources of its shareholders, the State Grid Corporation of China and Singapore Power.

The Jemena Gas Network is a 23,800km system, established in 1837 and delivering gas to more than 1.3 million homes, businesses and industrial customers in New South Wales.

Other gas assets Jemena wholly owns include the Queensland Gas Pipeline, a 627km pipeline delivering gas from the Surat and Cooper basins to the Gladstone and Rockhampton markets; the Eastern Gas Pipeline, a 797km pipeline delivering gas from Victoria’s Gippsland Basin to Sydney, the ACT and regional New South Wales; VicHub, the pipeline interconnect which enables gas to flow between the Eastern and Tasmanian Gas Pipelines, as well as the Victorian gas transmission network; and the Colongra Gas Transmission and Storage Facility, which consists of a pipeline and compressor station that transports and stores gas for Delta Electricity’s 667MW gas-fired peaking generator.

In terms of electricity, Jemena owns the Jemena Electricity Network, an 11,000km system delivering electricity to more than 319,000 homes and businesses in north-west Melbourne.

Jemena also has 100 per cent ownership of the Aquanet Rosehill Recycled Water Scheme, a 20km recycled water scheme which transports 20ML of water per day to the industrial centres of Western Sydney.

In addition to its fully owned and operated assets, Jemena also has a distribution partnership with ActewAGL Gas and Electricity Networks. Together they own the electricity and gas networks in the ACT, and Jemena manages the gas network. Jemena also owns 34 per cent of United Energy’s 13,000km network, delivering electricity to more than 640,000 homes and businesses in south-east Melbourne and the Mornington Peninsula.

Like all energy utilities, Jemena is keenly focused on the management of supply and demand, in order to ensure that the Jemena Electricity Network is planned and developed optimally to meet customers’ expectations of supply security and reliability. Jemena is committed to considering non-network options as alternatives to address any system limitations identified in its annual planning review.

To achieve the appropriate balance in meeting electricity demand while maintaining customer expectations of supply security and reliability, Jemena is undertaking studies and trials to inform itself of the viability and impact of various demand management technologies.

A strong level of understanding and support from the community are important to ensure the benefits of demand management are maximised. Jemena believes that Distribution Network Service Providers (DNSPs) and non-network option providers will need to embrace changes in the way electricity is generated, distributed and consumed to pursue gains from demand management, which will in turn provide benefits to consumers, DNSPs and non-network option providers.

Jemena employs more than 1,600 people at multiple sites around Australia. Jemena’s people are among the most skilled professionals in the sector, and are well known for their knowledge, expertise and positive attitude. 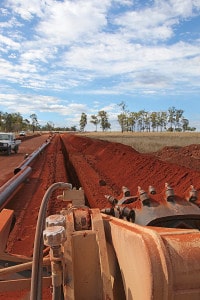 Many of Jemena’s field, technical and professional staff began their careers with the State Electricity Commission of Victoria, the Gas & Fuel Corporation of Victoria and AGL in NSW more than 20 years ago, giving Jemena a level of experience unrivalled in the industry.

The community’s utilities infrastructure is in safe hands at Jemena. The team has extensive design, build and maintenance experience, and a thorough understanding of electricity and gas networks throughout Australia.

Jemena is also deeply committed to the safety of its people, regardless of their job or location. Jemena’s health and safety management policy has made safety a priority within the organisation and there is a well-established culture of employees looking out for each other.

Jemena operates under the philosophy that safe, reliable and affordable energy is essential to the health, happiness and prosperity of the broader community. As a provider of energy to homes and businesses, Jemena needs to have enduring relationships with its customers and the communities it serves.

Part of Jemena’s core values is a desire to enrich the welfare and amenity its customers and communities enjoy. Jemena’s operations meet the highest safety and environmental standards, and the utility partners with a range of not-for-profit and charitable organisations, such as Landcare Australia, the SES, Kildonan Uniting Care, Anglicare and the Starlight Children’s foundation, to help make a real difference to people’s lives and opportunities.

“Many of Jemena’s field, technical and professional staff began their careers more than 20 years ago, giving Jemena a level of experience unrivalled in the industry.”

Jemena has also committed to an environment policy which promotes reducing, recycling and reusing materials wherever possible, and the protection and revitalisation of natural habitats around its operations. Jemena’s Environmental Management System is consistent with the principles of ISO 14001, so Jemena can monitor and reduce its environmental footprint and continuously improve performance. The Colongra Gas Transmission and Storage Pipeline was designed and built by Jemena to deliver gas to Snowy Hydro Limited’s 667MW gas turbine facility near the existing Munmorah power station on the Central Coast of NSW. The pipeline not only transports gas to the power station but also stores enough gas to allow the power station to run at full capacity for five hours.

The existing Sydney to Newcastle gas supply cannot meet the peak demand of the power station and so the Colongra pipeline is designed to be pressured over a 24-hour, off-peak period and held at pressure until the power station is brought on line during peak periods.

The Colongra pipeline includes 3.5 kilometres of 10-inch feeder pipeline, a 42-inch storage pipeline, a compressor station that increases gas pressure from 3.4MPa to 13MPa and a let-down station. It is the largest onshore gas pipeline in Australia and is double looped to create nine kilometres of pipeline storage in a three kilometre stretch of land.

The Eastern Gas Pipeline is a key supply artery between the Gippsland Basin in Victoria and NSW. The pipeline supplies more than half the gas consumed in NSW, and is ideally located to meet the growing demand for natural gas in NSW from residential, industrial and commercial customers.

The pipeline also transports natural gas to demand centres in Sydney, Canberra and Wollongong as well as a number of regional centres including Bairnsdale, Cooma, Nowra and Bomaderry. The Eastern Gas Pipeline is well placed to accommodate future expansion projects to meet new demand.

The Queensland Gas Pipeline links the Wallumbilla gas hub in south central Queensland to large industrial gas users in Gladstone and Rockhampton. Natural gas and coal seam gas enters the pipeline at Wallumbilla and at various receipt points located near gas fields along the pipeline route. The main pipeline was constructed in 1989 by the Queensland state government and commissioned in 1990.

VicHub is an interconnect facility situated at the Longford Compressor Station and enables gas to flow bi-directionally between the Eastern Gas Pipeline and the Victorian gas transmission system. The facility was commissioned in January 2003.