Keeping wipes out of pipes 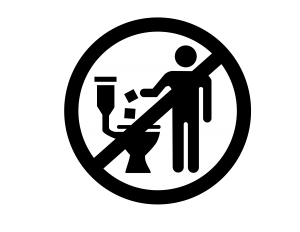 Sydney Water is calling for wet wipe manufacturers to follow the lead of Kimberly-Clark and commit to developing clearer packaging guidelines and to display a ‘do not flush’ symbol on products.

Kimberly Clark has made these changes following consumer organisation CHOICE and Sydney Water testing finding that their brand of ‘flushable wipes’ did not not break down like toilet paper and should not be flushed.

Sydney Water’s Peter Hadfield said they are calling on the rest of the wipes manufacturing and retail industry to follow the positive lead of Kimberly-Clark/Kleenex and create clearer packaging guidelines.

“We also call on all wipes manufacturers to either remove the term ‘flushable’ from their packaging and marketing of all of their flushable wipes products or to create a wipe which breaks down in the same manner as toilet paper,” Mr Hadfield said.

“The problem of ‘flushable wipes’ is a global problem. Wet wipes, whether branded flushable or not, do not break down effectively.

“This inability to break down in the same manner as toilet paper comes with a significant associated cost to water utilities and consumers across the world.

“The cost to Sydney Water to remove wet wipes from our network is about $8 million per year.”

The Water Services Association of Australia (WSAA) has estimated that the national cost to remove wet wipes from the wastewater networks of utilities across the country is around $15 million per year.

CHOICE has filed a submission with the Australian Competition and Consumer Commission (ACCC) about the marketing of ‘flushable’ wipes and Sydney Water is assisting the ACCC in their investigations on behalf of all water utilities in Australian and their customers.

When the ACCC has completed their investigation, they will release their findings.

However, Sydney Water’s education campaign on wipes has produced significant results in reducing the acceptability of flushing wipes.

A comparison of the Sydney Water Consumer Sentiment Survey conducted for the March Quarter 2016 and the same survey conducted in the April/June Quarters in 2015 shows that:

“Consumers across the country need to stop considering their toilet to be a garbage bin with water in the bottom of it,” Mr Hadfield said.

“Everyone should remember the three Ps – the only things that you should flush down your toilet are pee, poo and paper (toilet paper).”