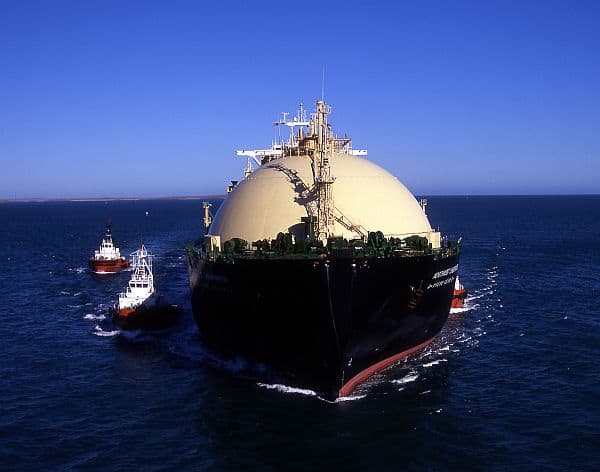 The Department of Industry, Innovation and Science has released its March 2018 Resources and Energy Quarterly report, with data revealing the role liquefied natural gas (LNG) exports are playing in Australia’s economic growth.

In 2017-18, the value of Australia’s resource and energy exports is expected to reach its highest level on record, $230 billion, on the back of rapidly growing LNG export volumes.

LNG is forecast to overtake metallurgical coal as Australia’s second largest resource and energy export in 2018‑19.

The latest LNG export data comes after the Reserve Bank noted in its most recent Statement on Monetary Policy that “As additional LNG production comes on line over 2018 and 2019, LNG exports are expected to contribute around ¼ percentage point to GDP growth per year”.

“There is a growing demand for cleaner-burning energy in our region where air pollution is a major cause of premature deaths in some Asian cities.

“With Australia’s abundant supplies of natural gas, the outlook should be extremely positive. But for LNG to continue to be a pillar of the nation’s economy amid challenging market conditions and growing competition from other suppliers, exploration and development must be fostered, not restricted.

“The growth of the export industry has brought the capital to find and develop eastern Australia’s next source of gas supply.  And more investment is required – we will need up to $50 billion in continuing investment to 2030 to maintain supply.

“As we look to the COAG Energy Council meeting at the end of the month, the industry urges all governments to consider the ongoing economic, social and environmental benefits offered by a growing gas industry and focus on co-operative action to reduce the cost and risks of producing gas for both the domestic market and for our overseas customers.”