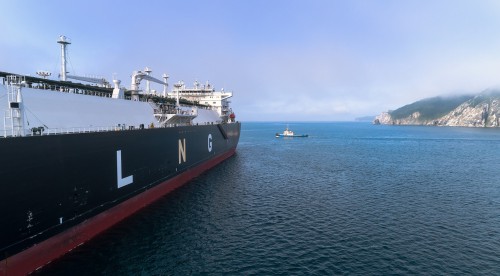 The first shipment of liquefied natural gas (LNG) has been delivered from the INPEX-operated Ichthys LNG Project’s onshore LNG processing facilities in Darwin.

“This is the next step in what will be decades of continued economic benefits for Australia,” Mr Canavan said.

“With 40 years of cargoes ahead, the Ichthys LNG Project will provide multi-generational employment, contracting and investment opportunities, with Northern Australia one of the biggest economic winners.

“Besides its projected long lifespan and significant investment in Australia, the Ichthys LNG Project has delivered big benefits for the Northern Territory and Australia as a whole.

“More than 5600 contracts and purchase orders have gone to local businesses in the Northern Territory, it has supported more than 60 Indigenous businesses and employed more than 1400 Aboriginal and Torres Strait Islander people over the course of the project.

“We know these types of projects work because they deliver outcomes at the local level – what really works for Australia is when foreign investment helps provide jobs and opportunity to locals and Aboriginal and Torres Strait Islander people.”

Around 70 per cent of LNG produced by Ichthys will be supplied to Japanese customers. The project is scheduled to produce more than ten per cent of Japan’s annual LNG imports – or around 8.9 million tonnes of LNG – at peak production.

The Ichthys LNG Project features some of the world’s largest offshore facilities which are linked to its onshore processing facilities near Darwin by the longest subsea pipeline in the southern hemisphere.