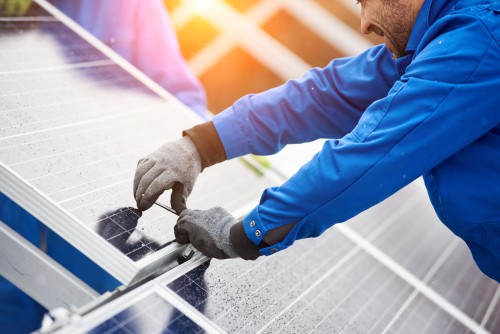 Edify Energy and Delta Electricity have announced the signing of a 150MWAC solar power purchase agreement (PPA) for the supply of energy and large-scale generation certificates (LGCs) from the 275MWAC/332MWDC Darlington Point Solar Farm.

The Darlington Point Solar Farm is being developed by Australian renewable energy company Edify Energy. It is expected to reach financial close and commence construction shortly, with commercial operations slated for early 2020.

Located near Griffith in western NSW, the Darlington Point Solar Farm will generate 685,000MWh of renewable energy annually, enough to power approximately 130,000 homes and create up to 400 peak construction jobs for the local community.

With Delta Electricity as owner of the Vales Point Power Station, this contract is an example of solar working together with coal in NSW and demonstrates the growing place of renewable energy. Power from the solar farm will be used to support Delta Electricity’s expanding retail portfolio with acquired LGCs being surrendered to help meet its Renewable Energy Target (RET) liability. This PPA will also position Delta Electricity well for any potential future forms of emissions compliance.

The agreement ends in 2030, coinciding with both the end of the RET period as well as the current expected operating life for Vales Point Power Station. Combining with solar power therefore represents an enduring operating regime for the balance of the power station’s life. It also places variable solar power in the hands of a party that is directly able to firm it with a physical asset.

Edify Energy Chief Executive, John Cole, said, “This PPA is a cornerstone document to facilitate the financing of one of the largest solar farms in the country. With traditional and new sources of power now working together, it is time to end the climate debate in Australia. A focus on the economic, not just the environmental benefits, that renewable energy brings will accelerate the transition of the energy sector.”

“This PPA is a model for how both traditional generation and renewables can work together to ensure reliable supply to customers while providing a significant contribution to state and federal government renewable energy targets.”