CitiPower and Powercor own and operate two of Australia’s largest electricity networks, supplying power to over 1.1 million Victorian households – including customers in Melbourne’s CBD and inner suburbs. Daly’s Constructions was recently involved in one of the most complex underground cable installation projects the Melbourne CBD has ever seen, working with CitiPower and Powercor to upgrade the city’s network as part of a major $250 million project involving Waratah Place Zone Substation.

The Waratah Place Zone Substation project ensures that the network has a ‘double backup’ to withstand multiple outages and provide continuous supply to homes and businesses if unexpected events occur on major supply lines, such as extreme weather, fires, traffic accidents or infrastructure failures.

The rebuilt Waratah Place Zone Substation (WP ZSS) is the centrepiece of this project, which allows power to be diverted around the grid so the duration of a major power outage is limited to no more than 30 minutes. This was achieved by diverting existing 66kV underground cables from various locations in the CBD to WP ZSS. New 66kV cables were jointed to existing cables at various locations along the busy Exhibition, Lonsdale, Russell and Little Bourke Streets, and at Waratah Place.

The scope of the works included:

• Drilling from Lonsdale Street to Waratah Place and beneath the Little Bourke Street Chinese Monument including use of bespoke, purpose-built shoring systems

• Dismantling XLPE sides of the six existing transition joints (while keeping the oil side intact) and reconnecting them with new XLPE cables. This is a highly specialised task requiring extreme care and precision so as to not damage the sensitive components of the oil side of the joint. Due to the sensitivity of the task, special training was arranged for the jointers to simulate the dismantling process before on-site installation

• Cutting and jointing into four existing oil-filled circuits, with the installation overseen by an overseas supervisor

• Installation of new oil feeding tanks, associated accessories and testing. Unlike XLPE insulated cables, changes to oil-filled circuits require alterations to the oil feeding arrangements and pressure settings. Plant owned by Daly’s Constructions, such as an oil degasifying unit and other hydraulic testing equipment, were utilised for the works. A fluid systems engineer from the UK was brought over to supervise all hydraulic-related tasks

Working collaboratively to keep the power on

The works commenced in 2016 where most of the civil works were completed on-site. Civil works were paused to cater for a major design change in the route to bring all cables in through the north and south side of Waratah Place instead of tunnelling from Russell Street.

Works recommenced in late 2018 with the relocation of utility services in Waratah Place. All civil works except for the joint bays were completed by the end of 2019.

Procurement of the 66kV joints and terminations was carefully coordinated to ensure compatibility as a variety of new and existing cable designs were used. There were seven different cable designs (four existing and three new) and as a result, eight different joint types were used.

4m deep trench at Waratah Place, retention system (bored piles) either side of the road, pedestrian and business access maintained between hoarding system and buildings.

Cable works began in March 2020 with a target completion of February 2021 to meet critical network operational timeframes. Nine circuits were initially planned to be commissioned before the 2020/21 summer.

The COVID-19 pandemic added a whole new complexity to an already challenging project, as Melbourne went through several lockdowns during this period.

While coordinating local resources, Daly’s Constructions managed to navigate through the pandemic with Melbournebased resources, as well as bringing in specialist overseas and interstate resources to complete the project.

The management of local and overseas staff during the height of the COVID-19 global pandemic required in-depth negotiations with the Department of Home Affairs and the Australian Border Force Commissioner.

By the end of October 2020, all ten circuits were completed four months ahead of schedule, marking a major milestone in delivering such a complex sub-transmission project.

According to Mark Daly, Director at Daly’s Constructions, “The success of the project delivery is due to the collaborative approach with the Powercor project team and other stakeholders, effective planning and Daly’s highly experienced and committed workforce.

“Weekly progress meetings and open communication ensured that all stakeholders were informed and that critical interfaces were well managed to deliver the successful outcomes.”

The Waratah Place Zone Substation upgrade was recognised as a Victorian Project Winner at the Australian Institute of Project Management’s 2020 Project Management Achievement Awards, which exist to acknowledge, honour and promote outstanding achievements in program and project leadership. 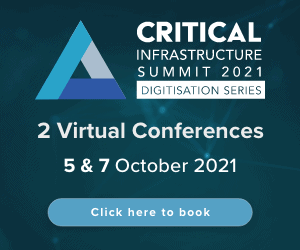